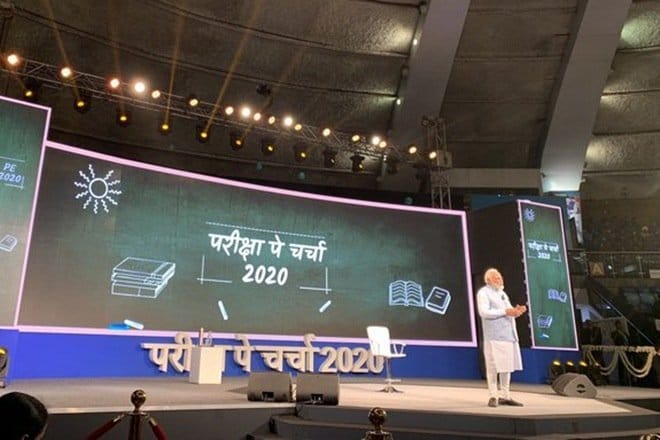 Prime Minister Narendra Modi recently interacted with the students who will sit for their board exams in the upcoming few months. In his interaction at Delhi’s Talkatora Stadium, Modi focused on the key to keeping oneself motivated even during tough times. During his meeting titled as ‘Pariksha Pe Charcha’, he cited many instances that served as a source of inspiration and could possibly help in motivating students before their board exams.

It was no surprise that Modi referred to a couple of instances from the cricket field in the past. He took the reference of Anil Kumble’s brave bowling spell against West Indies in Antigua in 2002 when the leg-spinner bowled with a broken jaw. He also wanted to take students back to the historic partnership between Laxman and Dravid at Eden Gardens in 2001.

Prime Minister, even in the past, has been quite keen on meeting students and encouraging them in periods when they face pressure to excel in their exams.

In the Kolkata Test in 2001, the partnership between Laxman and Dravid rescued India to provide a glimmer of hope. The duo added 37 runs and remained unbeaten on entire Day 4. Eventually, India won the Test match late on Day 5 as their heroics went down as one of India’s greatest ever Test moments.

Modi wanted to share learnings that one can imbibe from the feat achieved by the two batters. “Do you remember the India-Australia test series in 2001? Our cricket team was facing setbacks. The mood was not very good. But, in those moments can we ever forget what Dravid and Laxman did. They turned the match around,” said the 69-year old.

“Similarly, who can forget Kumble bowling with an injury. This is the power of motivation and positive thinking.” Modi concluded.

In the Test match against West Indies, Anil Kumble bowled with a broken jaw and even claimed the prized wicket of Brian Lara in his spell. He truly displayed a character of bravery and determination despite being in severe pain.