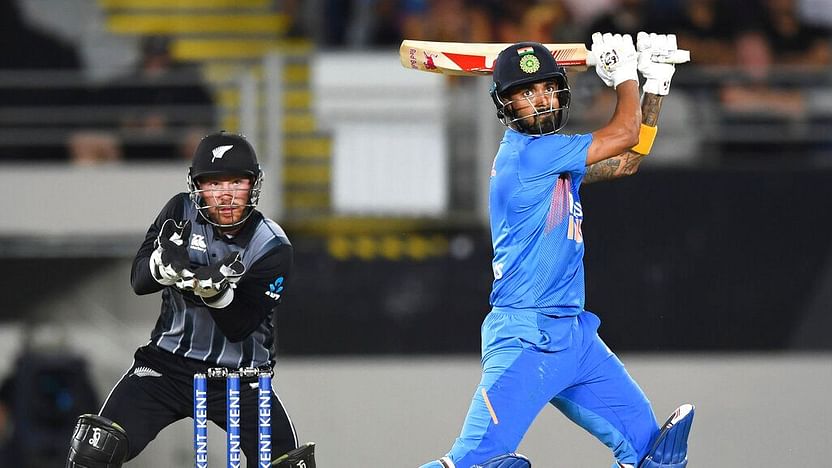 After a resounding win for the visitors in the first T20I, New Zealand and India were up against each other at Eden Park in Auckland for the 2nd T20I. It was a crucial encounter for the BlackCaps who were looking to bounce back after being drubbed in the series opener.

However, the home team yet again finished second-best on the day as India cruised their way to a 7-wicket win. For India, their bowlers did a tremendous job which was backed up a match-defining partnership between KL Rahul and Shreyas Iyer to see India home in the second game of the series.

On a pitch that was expected to get slow, New Zealand skipper Kane Williamson won the toss and elected to bat first. However, his decision to put runs on the board didn’t go according to plans. The Kiwi openers did a decent job at the start of the innings but a flurry of wickets in derailed their innings the middle-overs.

Indian bowlers recovered to put up a great show in the next 15 overs. The nature of the pitch made run-scoring difficult as the bowlers exploited this to their advantage. They used slower deliveries and made life terrible for the Kiwi batters. None of the batsmen could get going as their inability to manufacture big shots only allowed New Zealand to post 132 runs in their 20 overs.

For India, Ravindra Jadeja was the pick of the bowlers with two wickets in his quota of 4 overs. The pace attack including Jasprit BUmrah and Mohammad Shami did a great job by conceding runs at a rate less than 7.

Chasing a modest total of 133, India wasn’t off to a great start as they lost Rohit Sharma in the first over of the chase. However, the duo of KL Rahul and Virat Kohli got together to see the team on par with the chase. Kohli soon departed in an uncanny fashion for a 12-ball 11.

The Indian middle-order was put to test with Rahul and Shreyas Iyer asked to deliver the goods after the early setback. The duo batted well as they shepherd the Indian innings with enough strike rotation backed up a boundary in almost every over.

KL Rahul continued his good form and registered his third T20I fifty on the trot. It was an innings of maturity as Rahul stood till the end and finished the job for his team. His partner, Iyer, also cashed-in at the opportunity and rescued his side out of trouble with an effortless 33-ball 44.

It was quite late in the innings that New Zealand saw the back of the Mumbai batsman. Shivam Dube completed the formalities as he smacked Tim Southee for a six to finish off things in style for the ‘Men in Blue’

Rahul remained unbeaten on 57 and played an anchor’s role in guiding his team to victory. He was awarded the Man of the Match for his match-winning innings.

Both the teams will now travel to Hamilton for the third T20I match in this series. It will be a do-or-die encounter for the BlackCaps, while India will hope to seal the series with a 3-0 lead in the five T20Is.