Here’s a look at 5 matches that rank among the biggest upsets in T20 World Cup history:

Zimbabwe defeated Australia in the inaugural T20 World Cup edition in 2007 in one of the biggest upsets in cricket history, leave alone the T20I format. Australia was a cricketing giant when Zimbabwe mustered the courage to take down a team that was blessed with some of the greatest players of all-time. Batting first, the Australians struggled their way to 138 for 9 in their 20 overs. It was due to Brad Hodge’s quickfire 35 that the Kangaroos could post 138 after a strong bowling display by the Zimbabweans left them shell-shocked.

In reply, Zimbabwe didn’t face great trouble in claiming their first-ever T20 World Cup win against Australia. Wicket-keeper batsman Brendan Taylor played the anchor’s role with a crucial 60 off just 45 deliveries to guide his team to a 5-wicket win over the Aussies.. His innings saw jubilation in the Zimbabwean camp as they managed to inflict one of the biggest upsets in cricket history.

However, led by their skipper in the chase, the ‘Men in Green’ didn’t panic a bit despite early damage at the top of the order. A huge partnership between Ashraful and Aftab Ahmed proved enough for Bangladesh to topple West Indies in the World T20 fixture. It was the first signs of Bangladesh showing their potential even in the shortest format of the game.

In the opening clash in the T20 World Cup 2009, hosts England faced Netherlands at Lord’s in what was expected to be a one-sided affair. However, what followed brought mere disappointment for the English fans. In a home World Cup, England began their campaign on a rather poor note after Netherlands went past their neighbours with ease.  Chasing 163 to win, the ‘Men in Orange’  didn’t break a sweat and chased down the total on the last ball of the match. Grooth top-scored for Netherlands while ten Doeschate and Borren made useful contributions in helping their team in an inspiring run-chase at the Home of Cricket.

In the T20 World Cup in 2014, Bangladesh got a taste of their own medicine when Hong Kong inflicted a huge upset upon the hosts. On a slow wicket in Chattogram, the hosts were found wanting against spin bowling. Batting first, Bangladesh was bundled out for 108 while their opposition didn’t allow them to cut loose. Chasing a paltry score of 109 for victory, Hong Kong’s inexperience came to the fore after they stumbled their way through the middle-order. However, runs from Munir Dar and Irfan Ahmed propelled them a 2-wicket win over Bangladesh. It was a historic occasion for the Associate nation and ended up being one of the biggest upsets in the history of T20 World Cup. 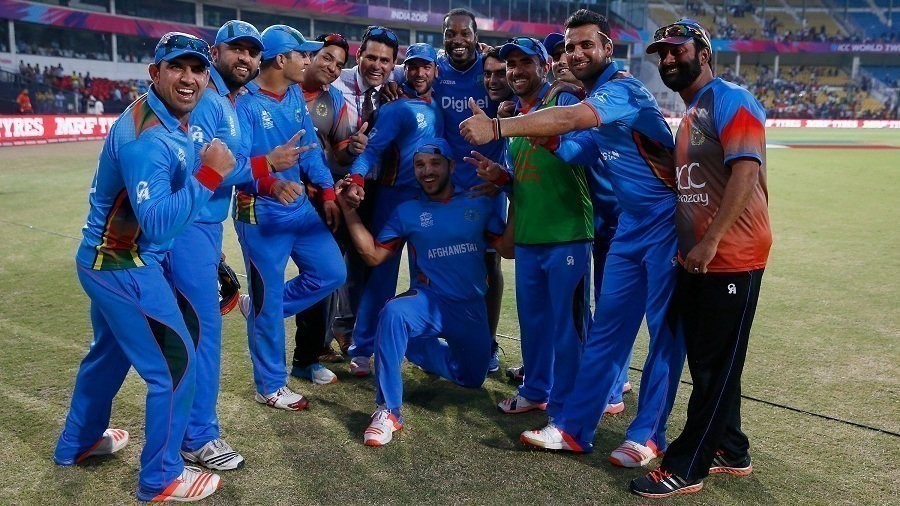 In the latest edition of the T20 World Cup in 2016, eventual champions West Indies lost to Afghanistan as their only loss in the entire tournament in 2016. On a turning track in Nagpur, Afghanistan spinners’ spun a web around the Windies batters in preventing them to play their natural game. Defending a paltry total of 123, Afghanistan managed to stop the opposition at 117 in their 20 overs. It was a collective effort from their bowlers that Afghanistan succeeded in claiming their first win in the Super-10s. It was indeed a huge upset in the T20 World Cup.