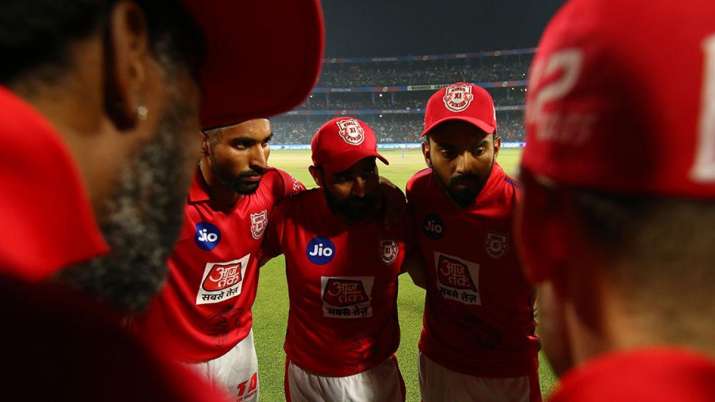 The 13th edition of the Indian Premier League (IPL) in nearly ten days away before it kickstarts in the UAE. The inaugural IPL match will see arch-rivals Mumbai Indians and Chennai Super Kings go up against each other at Abu Dhabi on September 19. With an IPL squad with all bases covered, Kings XI Punjab (KXIP) could really be the team to watch out for in this Dream11 IPL. KXIP have a good blend of youth and experience which can allow them to field their strongest possible playing in 2020.

An IPL franchise which hasn’t had a great history in the IPL, KXIP will definitely look to change their fortunes with a revamped squad in IPL 2020. In the IPL auction 2020, Kings XI made some fascinating buys to put together a strong squad of 25 players for the upcoming season. The franchise made some smart buys including the likes of Sheldon Cottrell, Chris Jordan, Glenn Maxwell, and James Neesham.

Let us take a look at the KXIP best possible predicted playing XI in IPL 2020.

The formidable opening pair of KL Rahul and Chris Gayle is likely to open the batting for Kings XI Punjab in IPL 2020. Gayle as an opener has scored 858 runs in 24 games for KXIP. The Jamaican southpaw can be as destructive on his day and can tear-apart bowling attacks at will. He’s a pure match-winner and possesses the ability to change the course of the match with his flamboyant batsmanship.

On the other hand, KXIP captain KL Rahul is one of the best T20 batsmen going around in the world. The elegant batsman has the ability to adapt his game according to the situation. In IPL 2018, Rahul scored the Fastest IPL fifty off just 14 balls against Delhi Capitals at Mohali. In IPL 2020, Rahul will have an extra responsibility of donning the skipper’s hat and will want to lead the group from the front with his batting might at the top of the order.

Kings XI boasts of a really solid middle-order with the likes of Agarwal, Nicolas Pooran, and Glenn Maxwell in the playing XI. While Agarwal can bat at No.3, the explosiveness of Maxwell and Pooran would allow KXIP to finish strong in the death overs. The world saw what Pooran can do with the bat in IPL last year with some of his batting exploits towards the fag end of the tournament in 2019.

KXIP can also consider Mandeep Singh in their playing XI for 2020 as a finisher alongside Maxwell. Mandeep holds a decent T20 record and was traded much before the IPL season from RCB setup to join KXIP camp.

Maxwell is a proven match-winner in the T20 format who can contribute both with bat and the ball. The last time he played in the UAE, the Australian all-rounder was the key performer for KXIP in IPL 2014. He would love to replicate his success for Kings XI in the upcoming season. The franchise would rely upon him to provide the much-required impetus towards the back end of the batting innings.

At no.7, someone like a Krishnappa Gowtham would prove quite handy in the lower-order. While previously playing for Rajasthan Royals, Gowthan was highly effective as an all-rounder in contributing both with bat and ball. Gowtham can tonk ball a long distance and can even provide few overs of spin in the middle-overs. Gowtham would add more strength as a key player in KXIP playing XI in 2020.

Kings XI Punjab spent a heavy amount from their IPL purse to acquire the services of Sheldon Cottrell for IPL 2020. KXIP invested INR 8.50 Crores in the West Indian seamer to further strengthen their bowling attack. Cottrell is likely to pair alongside KXIP bowling spearhead in Mohammad Shami. Shami had a decent tournament with the ball for the Kings and would likely to build upon his recent success in the forthcoming IPL edition.

Murugan Ashwin is likely to lead Punjab’s spin bowling in their playing XI in 2020. Ishan Porel, the Bengal pacer might play as the third seamer in the playing XI. The likes of Hardus Viloejn, Mujeeb-Ur Rahman, and Chris Jordan might get an opportunity to feature in the later stages of IPL 2020.