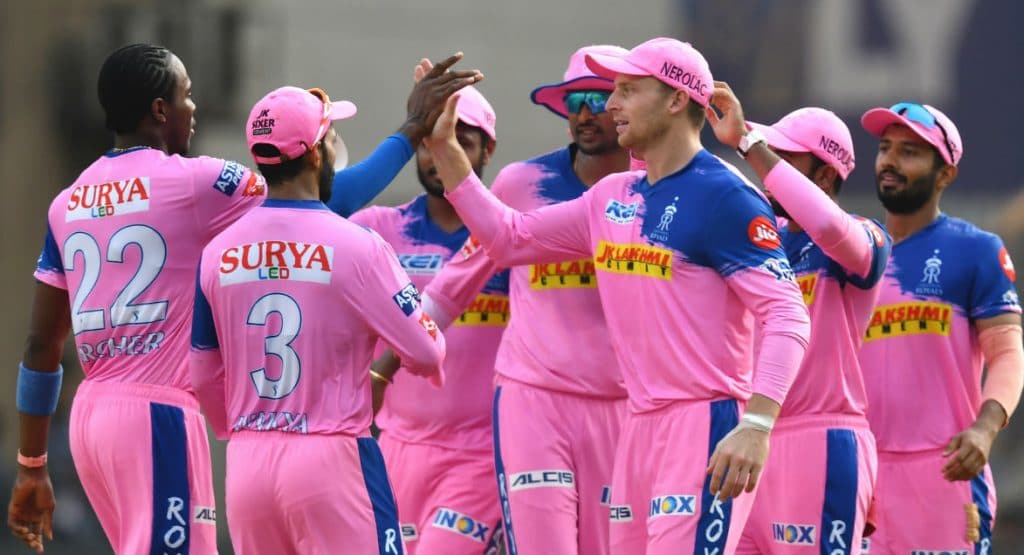 The champions of the inaugural season of Indian Premier League (IPL), Rajasthan Royals have had many ups and downs after their successful IPL campaign in 2008. The Jaipur-based franchise has groomed a lot of youngsters from Ravindra Jadeja and Yusuf Pathan, to Riyan Parag. However, the lack of balance in their playing XI has hurt RR’s chances of making to the last four in the past few years. In IPL 2020, it will be a challenge for the RR management to figure out their strongest playing XI at the start of the season.

Rajasthan Royals made quite a many changes at 2020 IPL auction. Retaining their core of foreign players, RR even let go of the captain Ajinkya Rahane in a trade with Delhi Capitals. Rajasthan has invested a lot on the Indian youngsters who can group along with the seasoned campaigners to take the franchise long in IPL 2020. The likes of Kartik Tyagi, Mayank Markande, Yashasvi Jaiswal, are some of the youngsters to watch out for in this IPL season.

Here’s a look at the strongest Predicted Playing XI for Rajasthan Royals (RR) in IPL 2020:

Rajasthan is likely to start with the opening duo of Jos Buttler and Sanju Samson. Buttler has been in terrific T20 form for England and would only enhance RR’s chances to muster quick runs at the top of the order. Even in the last two seasons for Rajasthan, Buttler has been a pillar of strength in their batting department. The English wicket-keeper is also likely to take gloves in the upcoming season.

On the other hand, Sanju Samson will be under the scanner once again. Samson possesses a wide range of shots in his arsenal, however, he will aim to strike consistency in this IPL edition for RR. Not only will he have a point to prove, but would also love to see he go the distance in the tournament in 2020. Being two of the most attacking players in the team, both Buttler and Samson will shoulder the responsibility of providing flourishing starts at the onset.

Robin Uthappa might feature at No.3 in RR predicted Playing XI in IPL 2020. After being released by KKR post-IPL 2019, Uthappa was bought by the Royals at the IPL auction 2020. The Karnataka-batsman has tons of experience of playing in the IPL, He has had a successful IPL career playing for his former franchisees. In Dream11 IPL, Robin would have a point to prove which will require him to score runs in the middle-order for his newest IPL team.

Coming in at No.4, Rajasthan Royals’ skipper Steve Smith would act as the fulcrum of the RR batting in their playing XI 2020. Smith is an accumulator of runs which allows other batters to play around him. Smith would not only have the onus to score runs in the middle-order but will be also donning the skipper’s hat.

At No.5, Rajasthan would wish a stellar season for Ben Stokes in the UAE. The world’s best all-rounder, Stokes had a below-par outing in IPL 2019, scoring merely 123 runs in nine matches. In IPL 2020, Ben would be determined to turn things around with a successful IPL campaign for RR.

Riyan Parag is one of those youngsters in this season who will be closely followed by many cricket fans and experts. In IPL 2019, Parag got a chance to feature in the playing XI and played with some freedom to create some impactful performances with the bat in hand. He is an exceptional middle-order batsman who can also be handy with his leg-breaks.

Shreyas Gopal, the leg-spinning all-rounder is another crucial member of the RR Playing XI in 2020. He hasn’t created much impact with his batting but is a definite game-changer who can pick wickets with his consistent play. Gopal had a brilliant season with the ball in 2019, picking up 20 wickets in 14 matches for RR. Even in 2020, the franchise would hope that Shreyas can lead their son attack and replicate his success from 2019 in IPL this year.

Rajasthan boasts of a mixed-bag bowling line-up with a few experienced campaigners in their bowling ranks. The likes of Jofra Archer and Jaydev Unadkat will hold the key in the fast-bowling department. While Archer will be the lethal weapon in the death overs, Unadkat, alongside Ankit Rajpoot, can be effective on their days. In the spin department, the young Markande will pair along with Gopal to strengthen RR’s leg-spin forces.