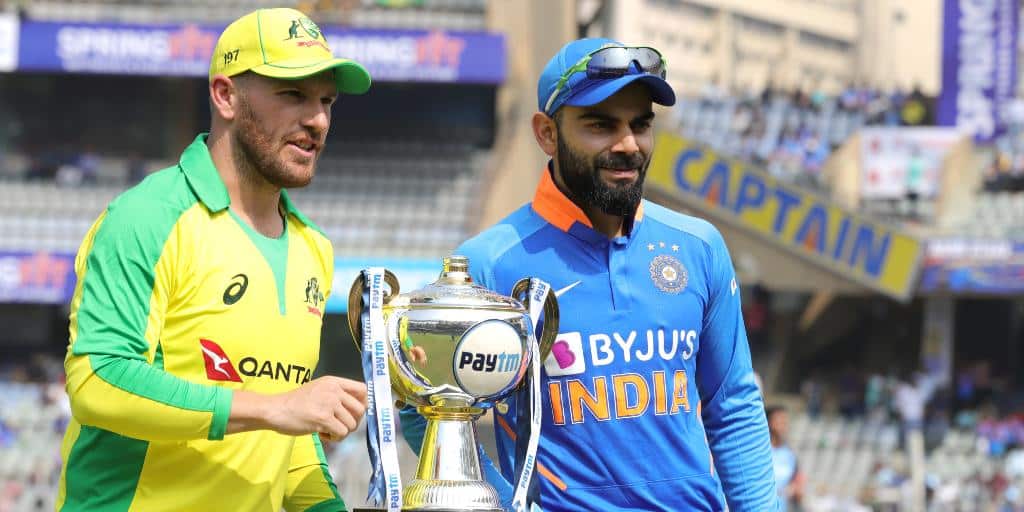 Indian Cricket Team has always faced tough times while touring Australia since their first tour down under in 1947. The Aussies have always had exploited the home advantage and possess a great home record against the Sub-Continent giants. Historically, India hasn’t been a great touring side, especially when it comes to Australia. The AUS vs IND records justifies the fact that the home team has always dominated the contests during any India tour of Australia in the yesteryears.

However, on India’s tour of Australia in 2018, the ‘Men in Blue’ came up trumps against a weakened Australian outfit in both the Test and the ODI series, while the T20Is ended in a tie. In 2020/21, it will be a rejuvenated Australian side that will be wanting to avenge their loss against India in 2018.

Before India’s two-month long tour of Australia 2020, here’s a look at the AUS vs IND records in each of the three formats of the game:

India has an edge over Australia in T20Is down under. Out of the nine AUS vs IND T20Is, India has won five while hosts have secured wins in three games. Even during the 2018 tour, the T20I series was drawn level while India could’ve won it easily had it not rained in the second T20I. With another three-match T20I series scheduled during the India Tour of Australia in 2020, the ‘Men in Blue’ would want to address some unfinished business.

India’s Test records against Australia in away matches haven’t been too encouraging over the years. Since 1947, the ‘Men in Blue’ has defeated the Aussies on their home soil in a mere seven Test matches. Out of which, two of India’s Test wins came on their last tour in 2018 when they won their first-ever Test series in Australia in 70 years.

It will a fresh challenge for the Virat Kohli-led side to compete against a much stronger Australian outfit in Test matches. Also, India will feel the absence of Virat Kohli in the last three Tests as he plans to return from Australia for the birth of his child. With a daunting task in hand, it will be interesting to see if India can improve its Test records against Australia in 2020.

(All Records are on Australian soil)