Melbet is easily one of the top growing platforms for betting on sports when Indian punters are in the market for odds. It is possible to access the Melbet platform in a number of ways with the Melbet app being one of the most preferred choices.

How can someone get the Melbet app?

The Melbet app can be enjoyed by users with iOS and Android devices. Depending on the platform in question, the installation procedure would change. However, there is absolutely no difference between the two in terms of the feature list. In the Indian mobile space, there is a higher predominance of users with Android devices but the Apple products cannot be ignored either. Instead of making the choice between the Melbet app for Android and Apple versions, Melbet has gone with both options.

The Melbet app for Android can be installed on Android devices by getting the APK file. The Melbet app for Android files can be found on the official site along with apps that would run on Windows and Mac devices. The brand has also made it easy to find the location where one can get the Melbet app download. After downloading the file, the phone’s settings have to be changed in such a way that the restriction to install apps only from the Play Store is removed. After making this change, one can go back to the downloaded file and finish the installation. After finishing the installation, it is up to the user whether to leave the phone’s settings as it is or revert back to the previous settings.

The process of getting the Melbet app downloaded on Apple devices is much simpler, as it is directly hosted on the App Store. This only takes a few minutes of the time to search for the app and install the same. Once installed, however, the experience provided will be the same. It is the same story when users decide to go for the Windows app. Even if the user decides to completely abstain from Melbet app download, they can still get the same experience from the mobile browser. However, the app manages to offer a slightly optimized user experience. 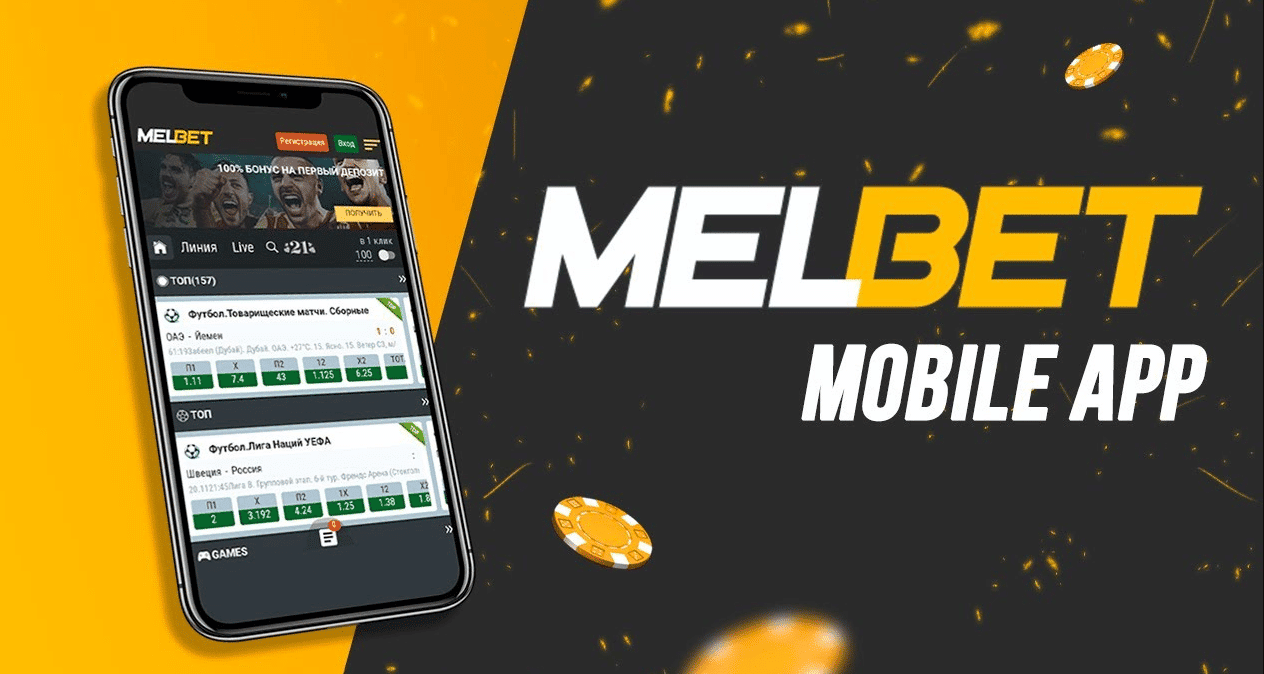 Melbet app offers the live betting section which is very crucial for any sportsbook. The purpose of live betting can be experienced only on the app and Melbet’s version takes it to the next level. Since users are able to transition smoothly between the desktop and mobile platforms, the learning curve required to place bets on live events is significantly reduced. For newcomers, the navigational features of the Melbet app have been designed very well to keep the overall user experience as positive as possible.

The user does not just get options to bet on events, but they can also be kept up-to-date with the latest developments. The numerous betting options on sports are accompanied by the latest news section that provides the knowledge required to make informed bets. If the news provided by the section turns out to be overwhelming, one can also filter the data depending on various parameters.

The biggest feature on the Melbet app would undoubtedly be the broadcast feature, where live streams of events are provided. The live coverage feature is open only in select betting apps at this juncture and Melbet has been able to jump on the bandwagon to join the elite list straight away. The user would require network stability to enjoy this feature to the best of its abilities. Aware that the app might be run on devices with different degrees of performance, Melbet has made sure that the users will not face any problems when running on lower-end devices.

A reason for Melbet becoming one of the key names in the online sportsbook segment would be its customer support. Apart from being able to access the betting markets and enjoy most of the features, users can also reach customer support directly from the app. Any options that can be integrated without any trouble go into the Melbet app. Therefore, the user is not more than a few minutes from reaching out to assist if they are facing any problems.

Melbet has made sure that a lot of effort has gone into making the platform as friendly as possible. Even those who are used to the desktop site of Melbet will be able to switch over to the app with very little difficulty, as a lot of emphasis is given to the functionality of the product more than the design language. The app also does not have any issues with running smoothly on older phones that have medium performance to the boot.

Screenshots and working of the app from Melbet

Melbet provides a stable and easy ambiance for betting on sports. The crucial element when a bookmaker with multiple sports coverage decides to offer an app would be to provide easy navigation. In this regard, Melbet wins quite brilliantly by virtue of making it easy for users to locate the various sports and markets without having to spend a lot of time. The advantage with Melbet is also the access provided through a mobile browser if the user is not so keen on using the app. Fortunately, the browser experience is the same as one would get from the app.

Comparison of the Melbet app with the Betfred app

Melbet app is a relative newcomer compared to the Betfred version. Betfred has been around for several years and they have been able to get a grip on the industry that can be very unforgiving for those who are slow to mold. Betfred, therefore, offers a strong set of features on the app that makes it a hard choice to turn down. For example, users will be able to get all the betting features like cashing out even on the app, which also does not miss out on any of the markets that Betfred is known for.

At the same time, Melbet manages to get ahead in certain regards like notifications, broadcast of live news, and more. It can be a very difficult choice to make between the two, but Betfred manages to get the slight edge, which is likely to be taken away in the forthcoming years by Melbet given the rapid improvements that they have made.

Conclusion and summary for the brilliant Melbet app

Melbet happens to be one of the important options for those who are into mobile betting. The convenience provided by this app cannot be matched by other forms of Melbet access. Furthermore, the design and user-friendliness of the app is on par with the best in the business. Melbet has always been a great platform for newcomers to start their betting journey. As a transparent platform that manages to hit the right notes in almost every regard, it is not a surprise that the Melbet app is not far away from being considered as one of the best in the business. Find out more on Melbet offers on the Melbet promo code page.