After the rain-affected first Test at Trent Bridge, India won a thriller at Lord's to go 1-0 up in the five-match Test series. The action now shifts to the Headingley cricket ground in Leeds for the third Test between England and India. The home side has a lot of thinking to do in regards to their team combination. On the other hand, Team India will be raring to take the field at Headingley in a bid to pressurize the already depleted England side. It will be a great opportunity for Kohli and co. to take an unassailable 2-0 lead in the series.

Hello and welcome to the Headingley Stadium, Leeds. Our venue for the 3rd Test against England.#ENGvIND pic.twitter.com/H16mwNpXBs

The nature of pitches always plays a decisive role in red-ball cricket. The surface of Headingley generally assists pace bowlers with seam and swing. Seam bowlers are always in the game with their nagging lines which keeps the batsmen on their toes. In the last two days, spinners can play a role in the Test match. However, the captain will like to bat first and post a big total in this Test match.

The weather forecast for ENG vs IND third Test at Leeds is perfect for five days of Test cricket. As per the BBC weather forecast, there are nearly no chances of rain for the majority of the Test match. The temperature will be around 17°C for all five days.

Wishing you a speedy recovery, @MAWood33! 🤞

The Joe Root-led side is short on resources after Mark Wood was also ruled out of the third Test owing to his shoulder injury. The team management has already included Saqib Mahmood who could potentially make his Test debut at Headingly on August 25. England might fancy a new-look top order after Dom Sibley was left out for the third Test.

Haseeb Hameed is likely to open alongside Rory Burns while Dawid Malan might get a go at the No.3 spot for the Headingley Test. Sam Curran, who bagged a king pair in the Lord's Test, could just manage to get another chance in England playing XI at Leeds.

The Indian team has had a perfect start in this series so far. KL Rahul continued his good run of form from Trent Bridge and scored a brilliant hundred at Lord's. The middle-order is beginning to look solid with Cheteshwar Pujara and Ajinkya Rahane back amongst the runs in the second innings of the Lord's Test. As far as India's playing XI is concerned, the team might ponder over bringing Ravichandran Ashwin back in the side in place of one of the seamers. 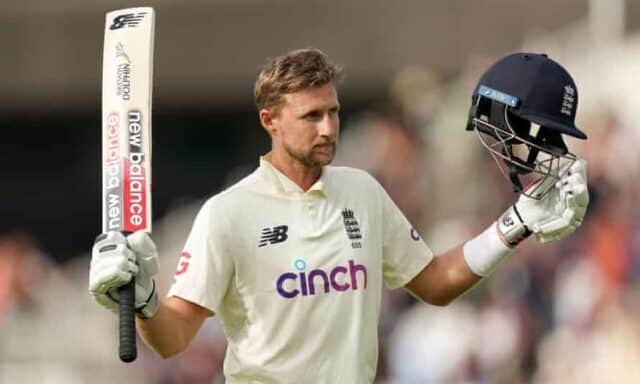 Joe Root is going through a rich vein of form in Test cricket. The English skipper stayed unbeaten with a magnificent knock of 180 in the first innings at Lord's and assisted his team to put a respectable total on the board.

He is the highest run-scorer in the ongoing Test series with 386 runs in two matches. The Yorkshire player has scored two centuries and one half-century in the two Tests so far. He’ll be yet again one of the top fantasy picks in the ENG vs IND 3rd Test Dream11 Team Prediction.

The 39-year old is having a good series with the ball against an in-form Indian team. He picked his 31st five-wicket haul for England during the second Test match at Lord's. With his impressive performance, James Anderson also made a comeback in the top 10 ICC bowling rankings.

In the absence of Stuart Broad, the veteran will be the leader of the pace attack including Ollie Robinso, Saqib Mahmood, and all-rounder Sam Curran. Even in the third Test, Anderson will be one of the first picks in the 3rd Dream11 Fantasy Team for the ENG vs IND Test at Leeds.

The Karnataka opener is having a career-changing series in England. The player who wasn't even in contention of playing11 played outstanding knocks in the first two Test matches of the series. After playing a match-saving knock at Trent Bridge, KL Rahul scored his sixth Test hundred at Lord's and put his name on the honor board.

The 29-years-old is looking confident and playing every ball patiently which made him a more balanced batsman for these conditions. By looking at his consistency and ability to convert the start, KL Rahul will be one of the first picks in the 3rd Dream11 Fantasy Team for the ENG vs IND Test at Leeds. He could also be a great option as the vice-captain.

The Indian speedster is looking in good rhythm in this Test series against England. After taking 9 wickets in the first Test, Bumrah picked three wickets in the second inning of the Lord's Test match. He picked wickets at crucial intervals and even contributed some valuable runs with the bat in the lower-order.

As India will aim to increase the lead in this Test series, all eyes will be again on Jasprit Bumrah to guide India in winning position. Bumrah will be a favored choice in the Dream11 Team for the ENG vs IND third Test.

Dream11 Match Prediction – Who will win the ENG vs IND 3rd Test Match?

By looking at the current form and balance of the team, India will be in a safe position before this third Test match at Leeds. However, England will look to make some important changes in the playing XI and make an impact against the visitors. However, with momentum on India’s side, they will start as favorites and are likely to win the third ENG vs IND Test at Leeds.