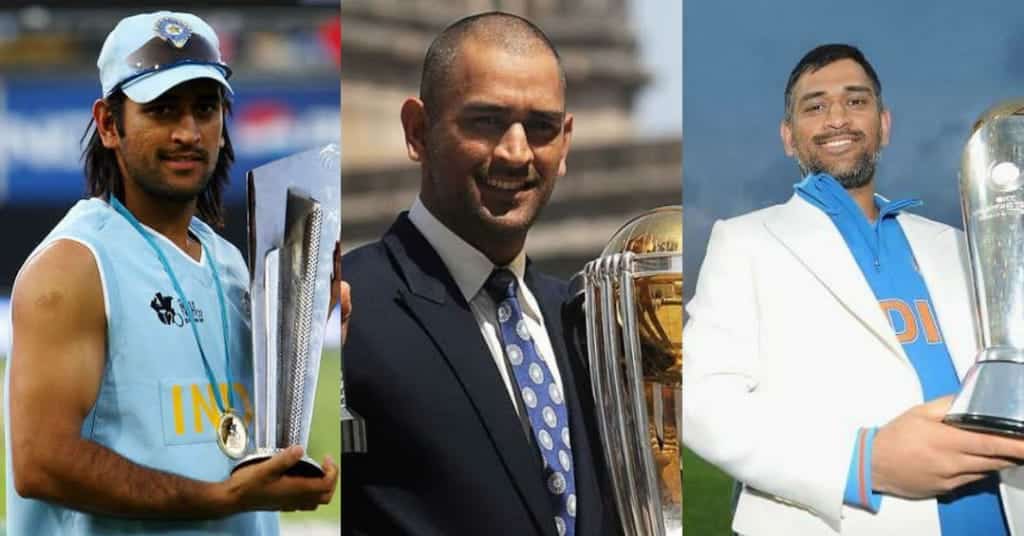 A name that holds great significance in Indian cricket history, MS Dhoni, on August 15, officially announced his retirement via an Instagram post. Dhoni, who retired not only as one of India’s best captain but even one of the world’s best limited-overs captain of all-time. While Dhoni’s impact as Indian cricketer lies beyond his stats throughout his career, he was one of the best finishers that the game has ever seen.

His cool & composed character on a cricket field often defined him as someone who went about business with ease. Being the Indian captain for nearly ten years in his International career, Dhoni was never seen losing his cause be it on or off the field.

Dhoni last captained India in an Asia Cup match against Afghanistan in 2018, which also happened to be his 200th match as ODI captain of India. Co-incidentally, the game finished in a tie.

As the great man bids adieu to the International cricket in one of the most subtle ways, we take a look back at his illustrious cricket career as a captain.

60 – Dhoni holds the record of captaining India in most Test matches (60), which is also the sixth most for any country.

2 – He is the second most successful skipper of India behind Virat Kohli in Test Cricket. Virat Kohli has 33 wins as India’s Test Captain so far.

1– The first captain to lead India to the No.1 Test rankings. Inda’s reign as the No.1 Test team lasted for 21 months which is the joint 3rd longest.

4 – Became only the 4th captain to hand a whitewash to Australia in Test cricket. Australia lost to India 4-0 in 2013.

2 – Scored second-most runs for India as a Test captain.

1 – Only wicket-keeper batsman ever to score a double hundred while leading his country. He scored his career 224 against Australia at Chennai in 2012-13.

1 – Most matches as the Indian ODI captain and third most overall behind Ricky Ponting (230) and Stephen Fleming(218).

2 – Second most successful ODI skipper of all-time. Only Ponting (165) has more wins as an ODI captain.

1– Holds the record of scoring most ODI runs as an Indian captain and second-highest behind Ponting who has 8497 runs for Australia. Dhoni’s batting average is also the 3rd best after Virat (74.59) and AB De Villiers (63.95) while captaining the sides.

2 – Only the second Indian captain to win the World Cup and the second ever to have won both World Cup as well as ICC Champions trophy.

1 – Most T20I matches as a captain of the national team.

2 – Second most runs as the T20I captain of India.

1 – Most matches won as captain with a winning percentage of 58.33.

2 – Dhoni is the second most successful captain in international cricket with 178 wins. Only Ricky Ponting (220) has more victories as captain.

1 – With 104 victories in IPL, Dhoni tops the chart with most wins as skipper in the IPL.

1 – Has scored most runs by any IPL captain in the history of the league.