After the series victory over England, India head over to the Caribbean for an extended series that will lay the ground for T20 World Cup preparations. Meanwhile, the West Indies could not be coming into the game in a much worse situation, as they have just been hammered at Georgetown by Bangladesh in a string of ODI failures. India and West Indies will be going up against each other in three ODIs and five test games as part of India vs West Indies 2022 tour. The ODIs start on Friday in Trinidad while the T20 games begin on July 29.

India has decided to go with a weakened lineup and squad for the upcoming tour of the West Indies. This is quite understandable considering that the team had only recently been involved in a feisty encounter with England. Furthermore, the series against West Indies could be a great opportunity for the team to give some action to the bench players. It is clear that India wants to test the strength of the bench

The squad assessment cannot take place in training alone and the experience provided by a real competitive match is substantial. For this reason, India has decided to come without key players like Rishabh Pant, Jasprit Bumrah, Hardik Pandya, Rohit Sharma, and Virat Kohli for the India vs West Indies 2022 ODIs. All these players had an influential role in the win over England. Their absence means that Shikhar Dhawan will become the key player in India vs West Indies 2022 ODI squad. Rohit Sharma’s unavailability for the ODI series means that Shikhar Dhawan has been appointed as the captain. The 36-year-old comes into the line-up as the batsmen with the most experience and a top performance from the experienced campaigner is a priority if England is to start well. His recent performances at England were certainly not up to the mark with his 31 not out at The Oval being the notable outcome. Suryakumar Yadav has been in decent form and he was able to come up with 27 and 16 in the last two ODI innings against England. In the absence of top hitters like Rohit Sharma and Kohli, the focus shifts completely towards the likes of Suryakumar. The 31-year-old also came up with fine innings in the recent games against West Indies back in February. He was able to come up with an impressive 65 in just 31 balls during the latest T20I between the two teams. 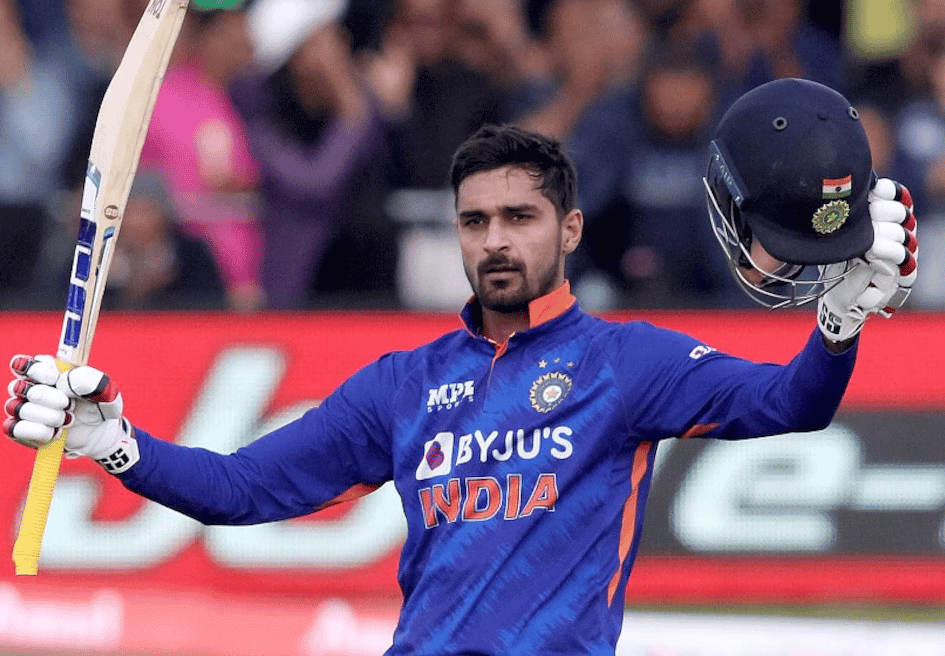 After failing to feature in the recent series against England, who is back in the ODI squad. The all-rounder will be key with the ball and bat. Deepak Hooda created a huge impression during the recent T20I games against Ireland as he came up with a quick century. The flexibility being offered by Hooda will be the biggest advantage for England in the ODI games. Apart from being able to push up the batting order, he can impact with his off-spin as well.

West Indies had plenty of difficult calls to make while announcing the ODI squad. After a string of losses to Bangladesh, there was a great need to have a hard look at the squad before coming up with the announcement. One major advantage for West Indies will be the return of Jason Holder. The all-rounder was missing from the recent games against Bangladesh in order to provide him with some much-needed break. Now, this break could end up working in a very positive fashion for the all-rounder, who brings a lot of experience to the squad.

After having struggled against a winnable opposition like Bangladesh, West Indies could be in for a big shock when they go up against a top team like India. This would rank as one of the key talking points in any of the India vs West Indies 2022 previews. Shai Hope comes into the game as the vice-captain. He happens to be the only West Indian batsman in the top 20 of the rankings for ICC ODI batsmen. Despite a disappointing series against Bangladesh in which he scored just 20 runs in the three games, Hope is likely to start on a strong footing. The 28-year-old has flourished in past games against the Men in Blues with an average of 45.81. He has come up with 733 runs in just 19 innings with two centuries along the way.

Jason Holder is the welcome addition back to the squad after his absence against Bangladesh. Holder’s last ODI match was back in February against India. His immense experience is a huge asset for the team in both innings. The 30-year-old from Bridgetown has been able to mass more than 2000 runs from his 125+ ODIs while also picking up 146 wickets along the way. Holder will also offer some invaluable experience to captain Nicholas Pooran. Rovman Powell is someone who is quite popular in the Indian setup due to his days in the IPL. The brilliant T20I century against England in January are some of the recent highlights for the 28-year-old from Jamaica. In the past against India, Rovman Powell has been able to come up with some decent performances as well including the 68 unbeaten at Eden Gardens back in February. Apart from his excellence with the bat, Rovman Powell can also contribute with the ball as a medium-pace bowler.

The first ODI in the India vs West Indies 2022 tour at the Queen’s Park Oval in Trinidad will be the 137th meeting in ODIs between the two teams. This will also be the 40th meeting between the two teams on West Indian soil. India definitely has the upper hand when it comes to games against West Indies in ODI games. They have been successful on 67 occasions while suffering 63 defeats. There have been four abundant games and two tied encounters. Meanwhile, West Indies have picked up 16 wins in the 40 home ODIs against India. They have also suffered 20 defeats along the way with three abandonments.

India has decided to opt for many youngsters like Shubman Gill, Ruturaj Gaikwad, Arshdeep Singh, and Deepak Hooda. Shikhar Dhawan will be the captain for the one-day internationals. Meanwhile, Rohit Sharma will get back into the captain’s armband for the India vs West Indies T20I series.

There are some key absentees for the India vs West Indies T20I squad as well. Virat Kohli is the star name to be absent, but the return of Kuldeep Yadav and KL Rahul will be dependent on fitness tests. After having had recent injuries, the duo are coming back from a recovery phase. One key addition to the India vs West Indies T20I squad for India will be Ravichandran Ashwin, as it is very clear that India wants to be aware of all the options going into the World Cup this year. This will be Ashwin’s comeback from an extended absence since the T20I World Cup last year.

West Indies are yet to announce the squad for the India vs West Indies T20I games.