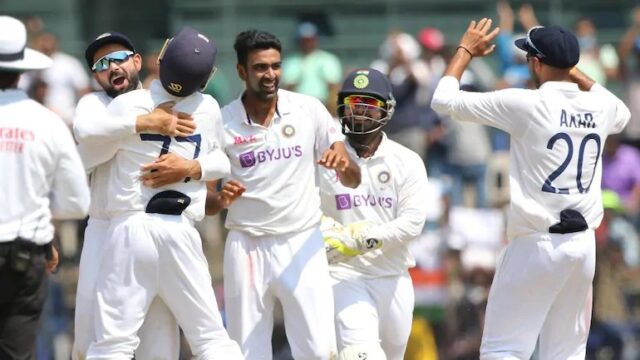 England has been a major part of India's Test cricket history. India played its maiden Test match against England in 1932 at Lord's cricket ground. While the tourists proved no match for the home team in their first-ever Test appearance, it was the start of an exciting IND vs ENG head to head rivalry in the times to follow. After a span of 20 years since its maiden appearance, India registered their first Test win against England in 1952.

While India didn't win as many games until the 1960s, it was after the first series win in 1971 that saw them win register more victories against England on a consistent basis. In the recent past, both the teams have established their home fortresses. India's last away series win came in 2007 while England breached the Indian spin trap in a historic series win in 2012.

Here's a closer look at the IND vs ENG head to head Test records, Stats, and history:

India and England have met each other in Test cricket on 130 occasions. As per the head-to-head records, England has a far superior win record over India with 49 victories compared to India's 31. England's largely undefeated streak until the 1960s has surely played a huge role in their better record against India. However, in recent times, it has been a rather close competition between these two Test-playing nations.

It is quite evident in the head-to-head Test records between India and England that both teams have been dominant at their home turf. Since the inaugural IND vs ENG Test series, teams have struggled in away conditions as the tale continues to repeat itself even today. In the last two series in India, the visitors have been absolutely pummeled by the home team. Similarly, India has found it tough touring away from home against England. The last two IND vs ENG series results in England have gone in favor of the home team with a margin of 3-1 (2014) and 4-1 (2021).

There are plenty of opportunities to place a wager on the Indian cricket team. One brand which provides these opportunities

There are plenty of opportunities to place a wager on the Indian cricket team. One brand which provides these opportunities