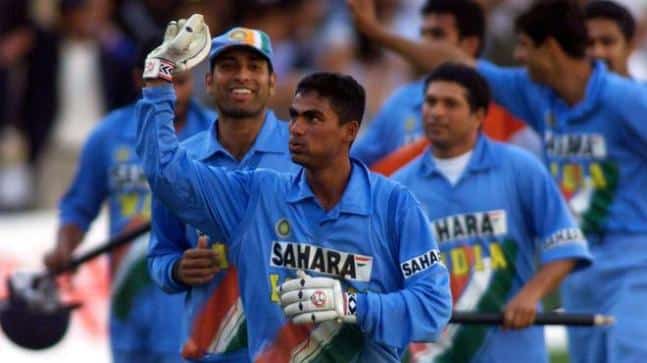 India and England, historically, are not regarded as two of the fiercest rivals especially in the ODI format. However, the rivalry between the two cricket-loving nations has grown ever since the turn of the century due to some of the most dramatic India vs England ODI matches in the recent past.

The two world heavyweights have faced off in a total of 100 ODI matches since their maiden clash in 1974. And as the head-to-head records would suggest, India has had an upper hand in ODIs over their opponents. India has claimed victory in 53 games while England has emerged victoriously on 42 occasions. In the last 10 ODI encounters, England lead by a margin of 7-3 against India.

As England prepares for their full-fledged tour of India involving four Tests, five T20Is, and three ODIs, we take a look at some of the most thrilling India vs England ODI matches since the 2000s.

India vs England – Head to Head Stats in ODI matches

Here’s a look at 5 most thrilling ODI matches between India and England:

The Natwest Series final at Lord’s in 2002 involving India and England was a spectacle as the fans got treated to a riveting contest with two Indian youngsters stealing the show. The Tri-series between India, Sri Lanka, and hosts England saw an India vs England final at Lord’s. While England bossed for a major course of the match, it was the partnership between Yuvraj Singh and Mohammad Kaif that stole all the limelight.

Batting first, England scored their then highest ODI total of 325 courtesy of centuries from Marcus Trescothick and skipper Nasser Hussain. Chasing 326 to win the Natwest Trophy, the ‘Men in Blue’ got off to a great start with skipper Sourav Ganguly and Virender Sehwag taking the attack to England in the first 15 overs. However, what followed was a middle-order collapse as India lost wickets in a heap.

With nothing to lose, the duo of Yuvraj and Mohammad Kaif string together a famous partnership of 121 runs which propelled India to a famous two-wicket win over England. However, as much as the game is remembered for Yuvraj-Kaif’s batting exploits, it is a significant anecdote in India’s ODI history when Sourav Ganguly removed his T-shirt at the Lord’s balcony after India’s remarkable turnaround.

It was an ODI classic that went down the wire and was one of the earliest India vs England matches that had enough drama for the taking. Going into the 6th ODI on England’s tour of India in 2002, India was leading by a margin of 3-2 and were expected to secure another win to claim the series in their own backyard.

However, England’s Andrew Flintoff has some other plans as he bowled a match-winning final over to guide his team to victory and level the series at 3-3. At Wankhede Stadium, chasing 256 to win, India needed 11 runs to win from the last over but fell short by five runs. Flintoff, who took three wickets in the innings, removed his short as a mark of celebration as he went about waving it around the entire ground.

Batting first, England was dismissed for 255 runs with Harbhajan Singh picking up five wickets in his bowling spell. India was cruising at one stage with skipper Ganguly scoring a brilliant 80-run innings but a middle-order collapse meant that the hosts couldn’t cross the finishing line.

It was the most thrilling India vs England ODI match which eventually ended in a tie at Bengaluru’s M.Chinnaswamy Stadium in World Cup 2011. It was a high-scoring contest as India posted a total of 338 runs courtesy of a century innings from Sachin Tendulkar and a couple of notable contributions from Yuvraj Singh and Gautam Gambhir.

Despite chasing a high score in excess of 300, England batters pace their innings exceedingly well. Skipper Andrew Strauss led from the front and scored a magnificent 158-run innings to allow his team a chance to secure a win. However, some canny stuff from Zaheer Khan in the middle-overs saw the game in the balance. It was an eventful fixture where even 100 overs of exhilarating cricket couldn’t separate the two teams.

In the Champions Trophy Final 2013, India was up against hosts England at Edgbaston. While the Dhoni-led sie was eyeing their second Champions Trophy win since 2002, the hosts were keen on winning their maiden 50-over ICC tournament. It was another instance of a cracker of an India vs England contest. However, it was a truncated game with 20 overs per side.

In the eventual T20 contest, England inserted India to bat first on a decent surface in Birmingham. It was a low-scoring game and India could barely score 129 runs in their 20 overs. It was a below-par total and England was expected to cruise to the target. However, the second innings was a topsy-turvy ride as Indian bowlers made the target look humungous as the hosts kept losing wickets at regular intervals.

Despite quick wickets, the partnership of Morgan and Bopara resurrected their batting innings and threatened to overhaul India’s target. However, all their hopes were dashed in a space of two balls when Ishant Sharma picked both of them on consecutive deliveries. In the end, India proved too good for the hosts and snatched victory from the jaws of defeat. It was one of the most thrilling India vs England match which was worthy enough of a final.

Another high-scoring encounter involving India and England unfolded at Cuttack during the England tour of India in 2017. It was the 2nd ODI and India was leading 1-0 in the 3-match ODI series.

Inserted into bat, England’s pacer Chris Woakes rattled India’s top order taking all the three wickets with only 25 runs on the board. What followed was a partnership between the experienced duo of MS Dhoni and Yuvraj Singh. The pair added 256 runs to record the second-highest partnership for the fourth wicket in ODI history. While Yuvraj registered his highest ODI score of 150, Dhoni complemented the southpaw with a brilliant 134.

Despite a valiant effort from the England skipper Eoin Morgan who scored 102 from 84, the visitors fell short by 15 runs. It was a high-scoring thriller that went down to the wire.