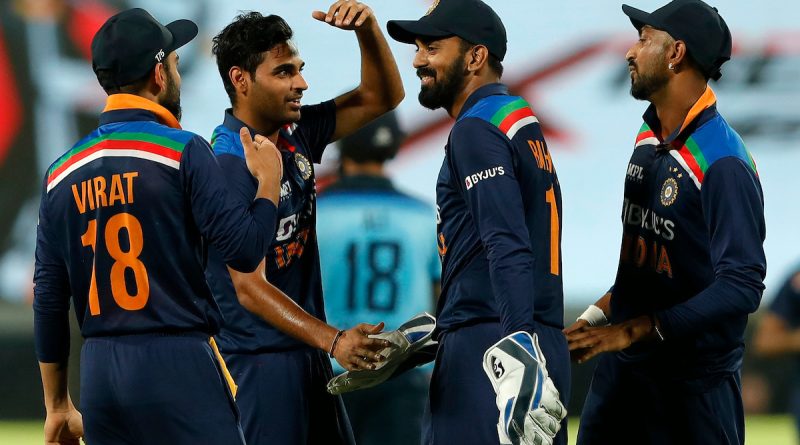 As the caravan of England tour of India 2021 inches closer to its business end, a lot remains at stake for the visitors. After going down in the first ODI against India at Pune, the Eoin Morgan-led side would be eager to make a strong comeback in the second ODI on March 26. A defeat in the upcoming ODI will mean that the visitors will return barehanded after losing all three series on their India tour. However, a win in the second ODI will set the series for an anticipating decider on Sunday.

While the first ODI was majorly dominated by the tourists. it was India’s bowlers who helped the team bounce back to claim a 66-run victory in the opening clash. India gave the opportunity to a couple of debutants in the playing XI including the likes of Krunal Pandya and Prasidh Krishna who made most of the occasion in contributing to the team’s win.

Both the teams will aim to better their performance in the second ODI, especially England, who would consider it as a lost opportunity to lead the series 1-0. While there are injury concerns in the Indian camp, it will be interesting to see if they tinker with the playing 11 for the next fixture.

Here’s a look at India’s Predicted Playing 11 for the second ODI against England:

The Delhi-born cricketer, Shikhar Dhawan exudes a plethora of confidence in the limited-overs format, especially in the ODIs. After missing out on a place in the India Playing 11 in the T20Is, Dhawan yet again proved his worth with a gutsy 98 in the first ODI. It was his innings that paved the way for India to post a total in excess of 300. While he narrowly missed his 18th ODI century, the southpaw didn’t look perturbed as his efforts with the bat landed India in a position of control. He will continue to lend his services in both the upcoming ODIs for India.

On the other side, despite not being at his best in the previous game, Rohit Sharma is likely to open in the second ODI. The Indian vice-captain had an injury scare after he was hit on his right elbow while batting in the powerplay. As a result, he didn’t even take the field during India’s bowling after he complained of pain. Sharma, who looked a pale shadow of himself, would love to go big in the next fixture while opening the innings.

Indian skipper Virat Kohli will bat at his usual No.3 position in the playing 11 as someone who is best suited with his style of play. Kohli batted fluently even in the first ODI until he lasted in the middle. He was looking determined to get a big score before he was eventually dismissed for 56 after being caught at square leg.

In all likelihood, Suryakumar Yadav will make his India ODI debut in the playing 11 during the second ODI. He’s expected to take the place of Shreyas Iyer, who dislocated his shoulder while one of his fielding efforts. Yadav was earlier handed his maiden ODI call-up after a consistent string of performances in the List-A cricket were eventually rewarded for the Mumbai cricketer.

KL Rahul, who was back among the runs with a decisive half-century will look to continue and build upon the gained momentum. He had a brilliant 100-run partnership with Krunal Pandya and propelled India to a 317 in the first innings. The wicket-keeper batsman even had a safe day behind the stumps in what eventually turned out to a great outing for the Karnataka player.

The Pandya brothers will yet again share the all-rounders’ duties in the playing 11 when India takes the field on Friday. While Hardik didn’t have a great role to play in the proceedings in the first ODI, his elder brother did everything asked of him. Krunal played a crucial lower down the order to register his maiden ODI fifty and even managed to pick up a wicket towards the later stages of the game. It was an emotional outing for the Pandya brothers, especially Krunal, who dedicated his performance to his father who recently passed away.

As far as the bowling unit is concerned, it was an inspired bowling effort from the Indian contingent who pegged their way back after being decimated by the English pair of Jonny Bairstow and Jason Roy. The likes of Shardul Thakur and Prasidh Krishna made the inroads as Bhuvneshwar Kumar and Krunal Pandya later exploited to join the wickets tally.

It was an all-around bowling effort as all bowlers chipped in with wickets at regular intervals. While the seam attack did their job in the second half, Kuldeep Yadav’s poor form could only be India’s concern going into the next ODI. However, in a three-match series, the management should consider the left-arm chinaman in the India Playing 11 for the last two ODIs.