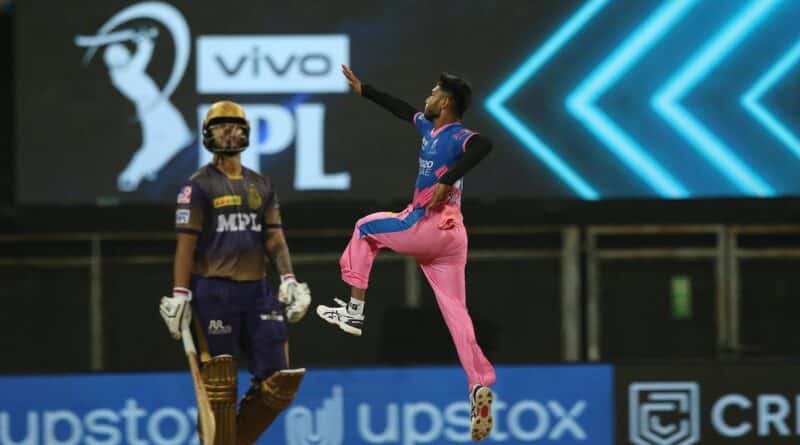 After the midway postponement of IPL 2021, the Indian Cricket Team will be back in action with the WTC final starting June 18. The Indian Test team will also feature in a five-match Test series in England after a gap of nearly 45 days. However, BCCI has also announced a limited-overs tour of Sri Lanka in the second week of July. As a result, another set of Indian players will be touring Sri Lanka for a three-match each ODI and T20I series.

The board has even declared the Indian squad for the Sri Lanka series. Under the leadership of Shikhar Dhawan, a lot of youngsters have earned their maiden India call-up in the absence of the first-choice players. Most of the selected players have been rewarded for their recent performances in the IPL and in the domestic circuit. The likes of Devdutt Paddikal, Nitish Rana, Chetan Sakariya, and Krishnappa Gowtham, were included in the India touring party for Sri Lanka 2021.

It is likely that with a bunch of newcomers, a few of them are certain to get an opportunity at some point during the series. Here, we identify three players who can make their India debut on the Tour on Sri Lanka 2021:

The Karnataka batsman, Devdutt Paddikal has made enough noise in domestic cricket to earn a name for himself. It was his consistency for Karnataka which helped him crack an opportunity at the IPL with RCB in 2020. The left-hander was the top run-getter for the franchise in 2020, scoring nearly 500 runs in the season.

Even in the truncated IPL 2021, Paddikal helped himself to 195 runs in six matches to continue his menacing form. His success hasn’t been limited to the IPL. Leading into the IPL 2021, Paddikal registered four centuries in the single edition of the Vijay Hazare Trophy 2021.

He was constantly knocking on the door and a call-up for the SL tour 2021 was rather inevitable in his case. In all likelihood, Paddikal will make his India debut in the upcoming series against the Islanders. He’s more likely to feature in the first three ODIs.

Nitish Rana is another player who got his maiden call-up for the tour of Sri Lanka 2021. Rana has been in the fray for a number of years in limited-overs cricket. He is a consistent run-scorer in the IPL and for Delhi in the domestic tournaments. Rana had a great Vijay Hazare tournament with 398 runs scored at an average of 66.

He continued his scintillating form with his willow, scoring 201 runs in seven matches for Kolkata Knight Rider in IPL 2021. The 27-year old is a good player of spin and is flexible to adjust his game according to the match scenario.

His versatility of playing in all slots makes him special in limited-overs. If he gets a chance, he will be willing to show his potential at the highest level of cricket.

Varun Chakravarthy was selected in India’s T20I squad for the Australia series in 2020. However, due to fitness concerns, the mystery spinner couldn’t make it to the final squad. Now in 2021, selectors have re-instated faith in his abilities to give him another opportunity with the Indian team. The 29-year old will be keen to make his India debut and leave an impact with his maiden appearance for India.

Chakravarthy has grown in stature with his performances for Kolkata Knight Riders in the last two IPL seasons. From warming the bench to be a sure starter in the playing XI, Varun has come a long way in his T20 career. In the upcoming series vs Sri Lanka, he’s more likely to make his debut in the T20Is.