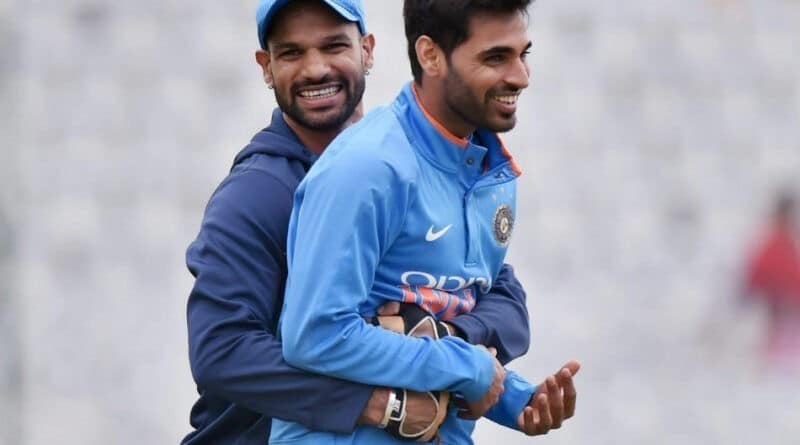 BCCI announced a 20-man India squad for the upcoming tour of Sri Lanka 2021. Shikhar Dhawan will captain a young Indian outfit for the limited-overs series comprising of three ODIs and as many T20Is. It will be an opportunity for a few youngsters to showcase their talent in the absence of many first-choice players.

Under the head coach Rahul Dravid, who will accompany the team on the tour of Sri Lanka 2021, the starting playing XI for India makes for an interesting choice.  In a bid to groom the emerging players, many have earned their maiden call-ups for the Sri Lanka series 2021.

The likes of Ruturaj Gaikwad, Devdutt Padikkal, and Nitish Rana might make their India debut against Sri Lanka. The bowling attack will be spearheaded by vice-captain Bhuvneshwar Kumar, who will be determined to make an impact in the forthcoming tour of Sri Lanka. Chetan Sakariya, who had a dream IPL stint in 2021, was also rewarded for his consistency in the shorter formats.

Here’s the full India squad for the tour of Sri Lanka 2021:

Here’s a look at India’s predicted playing XI for the ODI series against Sri Lanka 2021:

Shikhar Dhawan, the nominated captain for the Sri Lanka series, is likely to open the batting alongside Prithvi Shaw in the ODIs. In the absence of other senior players, Dhawan is the most experienced batter in India playing XI with over 140 ODI caps to his name. The southpaw has the ability to play long innings with an extravagant strike rate in the ODIs. He will also have the onus to guide a fairly inexperienced middle-order throughout the series.

On the other side, Prithvi Shaw will be making his comeback in the limited-overs squad. His latest 50-over exploits in the Vijay Hazare Trophy are an ode to his confidence and the self-belief that’s instilled within him about his game. The Mumbai batsman will be raring to continue his IPL form and make an explosive start in the ODI series.

Surya Kumar Yadav made his T20I debut against England earlier this year. Yadav’s consistent performances could even see him making his ODI debut for India in the three-match series against Sri Lanka. Manish Pandey, who has been out of the Indian setup for nearly a year now, will consider it as a godsent opportunity to stake a claim in the ODI team. He’ll be assigned a role to feature in the middle-order to ensure India sails unscathed through the middle-overs.

Hardik Pandya could make a way in India’s playing XI at N0.5. Hardik might play as a pure batter and can don the finisher’s role. His batting prowess has grown by leaps and bounds which makes him eligible to find a spot in the XI solely for his batting abilities.

Sanju Samson might play as floater while he takes gloves in the ODI series against Sri Lanka. While Samson has largely been a top-order player, he might have to play out of his position in current India playing XI. It will be a new challenge for the wicket-keeper batsman and he would aim to redeem himself with some crucial knocks for India in the lower middle-order.

In the spin department, Krunal Pandya and Yuzvendra Chahal will lead the Men-in-Blue in the ODIs. Both the spinners boast plenty of white-ball and IPL experience which can help them put pressure on the Sri Lankan batting unit. Yuzvendra Chahal will be India’s wicket-taking option through the middle-overs. While there’s no doubt that Chahal has had a lean run of form of late, he’ll be aiming to set aside the recent disappointments and make an afresh start.

Krunal Pandya will play a dual role with bat and ball. He can use the long handle to muster quick runs with the bat in the dying stages of the game. He’s even effective with his slow left-arm orthodox spin to contain the flow of runs in a 50-over match.

In the pace department, India will rely on the bowling trio led by Bhuvneshwar Kumar. The likes of Deepak Chahar and Navdeep Saini will also have a lot to gain in terms of creating an immediate impact on the tour. A lot will be at stake for Bhuvneshwar who has struggled a lot with his injuries in the recent past. The team will look up to him as one of the senior-most players in the team

The troika will ensure to make the most of the opportunities given to them. It is believed that the Indian bowling unit will emerge out as the best performers as they are armed with pace, quality, and swing.  Therefore, it will be difficult for the Sri Lankan batting unit to survive against the top-quality bowlers of India.