One of the greatest blessings of the Indian Premier League (IPL) is the platform that facilities the youngsters to prove their mettle at a recognized level. It allows uncapped players to rub shoulders against the International stars and gain experience of playing at the highest level. Although, some uncapped players tend to catch eyeballs with their performances in their maiden tournament for a franchise.

In such a scenario, though rarely, teams even opt to retain an uncapped player ahead of the next IPL mega auction. In the 2022 mega auction, a lot of teams might consider retaining their uncapped players ahead of the next season. A few rookie Indian players have been highly impressive to even emerge as one of the top performers for their franchise in the preceding year.

Here, we discuss five uncapped players who might be retained in the IPL 2022 Mega Auction: Avesh Khan was part of the RCB setup before he joined Delhi Capitals in IPL 2019. After being touted as not fit enough to play T20s, Avesh has taken his game to a new level in recent years. In the first half of the IPL 2021, Avesh was Delhi's most impressive performer with the ball. In a team full of stars, Khan was an unsung hero in the Capitals' campaign.

The 24-year old picked as many as 14 wickets at an average of 16.50. His rewarding show in the IPL has allowed him to travel with the Indian contingent to England for the Test series. Looking at his evolution as a T20 recruit, it won't be a surprise if Avesh gets another opportunity in the Delhi colors in 2022. 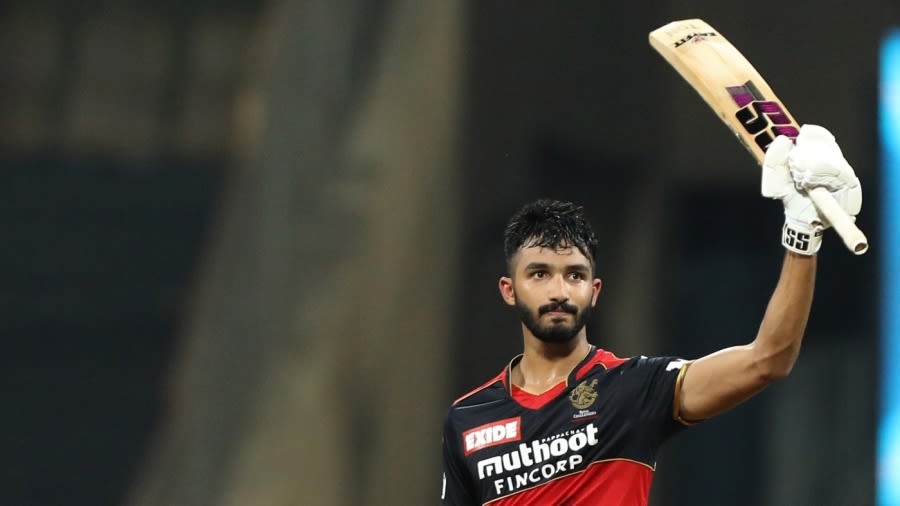 Devdutt Padikkal, the left-handed dashing opener was the find of the 2020 IPL season for RCB. He opened for the franchise ahead of senior opener Parthiv Patel and gave some flourishing starts along with Aaron Finch. The local boy scored 473 runs at an average of 31.53. The southpaw continued to blossom even in IPL 2021 and scored 195 runs in six outings innings with a strike rate nearing 150.

Looking at the future prospect, RCB might look to retain the young opener as an Uncapped Indian player in 2022 IPL.

Chennai Super Kings might witness a complete overhaul in their setup going forward in the IPL. However, the focus would be to retain some promising youngsters who can take the legacy of CSK forward in the upcoming few years in the IPL. Ruturaj Gaikwad apparently comes first on this list of players. The greenhorn has shown glimpses of his talent as an opener with four consecutive half-centuries in the IPL 2020.

He is a classic batsman who fancies a traditional style of batting with almost all shots in his book. The uncapped batsman can become a heavyweight opener in the upcoming years. He did struggle in the initial phase of IPL 2021, but the CSK team management showed belief in him and gave him a long run. It won't be a surprise if Gaikwad is retained in IPL 2022 auction for all the accolades that he deserves as an Uncapped Indian player in the IPL. The Haryana-bowler, Harshal Patel was traded by RCB from Delhi Capitals (DC) in an all-cash deal before the IPL 2021 Auction. It is safe to say that he played a major role in RCB’s success in the truncated IPL 2021. He was effective in death overs where he picked the majority of his wickets to unsettle teams aiming to take him to the cleaners. Patel was the Purple Cap holder with 17 wickets until IPL was suspended midway through the tournament.

He even scalped a maiden fifer against MI to lay the foundation for an RCB win in the season opener. With his exceptional death bowling skills, the franchise might retain the uncapped player using the Right To Match (RTM) in the IPL 2022 auction. Varun Chakravarthy, the mystery spinner for KKR has been leading their spin attack in the last two IPL seasons. With Sunil Narine failing to deliver as per his standards, Chakravarthy has emerged as a strike bowler for KKR since IPL 2020. His success in the IPL can be estimated from the fact that the uncapped spinner even earned a maiden India T20I call-up during his blockbuster season in 2020. In 20 matches for KKR so far, the Tamil Nadu-born spinner has picked up 24 wickets.

His skill in the T20 format lies in bowling the crucial overs in the powerplay. He can deceive batters with a plethora of variations up his sleeve. Kolkata Knight Riders are expected to retain the uncapped Indian player ahead of the IPL 2022 mega auction.