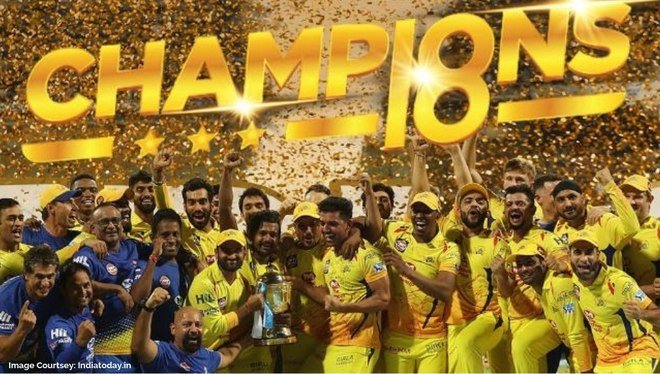 Chennai Super Kings (CSK) has been one of the most successful teams in the history of the IPL. With as many as three IPL titles, the Yellow army has exhibited enormous consistency over the last thirteen years at the IPL. One of the main reasons for their prolonged consistency is their strong playing 11 that has often donned the yellow for CSK. The Dhoni-led side has always been able to put together a competitive playing 11 on the park on most occasions.

Barring the 2020 IPL where CSK struggled to find the right balance in their playing XI, the ‘Men in Yellow’ have historically trusted their core group of players to see them through the tough situations. The 2021 IPL auction was yet again an opportunity for CSK to fine-tune the balance of their team in order to formulate the best possible playing 11 for the upcoming season. And to a certain extent, the three-time champions did a decent job to pick players who would plug-in the loopholes from their previous disappointing season in the UAE.

ALSO READ Most Expensive Players Each IPL Season since 2008

We attempt to find the best possible playing 11 for CSK based upon their picks in the 2021 IPL auction:

Chennai Super Kings are likely to go with the opening duo of Faf du Plessis and Ruturaj Gaikwad in the upcoming IPL 2021 season. Faf has been a seasoned campaigner for CSK while Ruturaj showed his prowess with the bat in the last few games in IPL 2020. After Watson announced his retirement from the IPL, CSK found a young opener in Gaikwad to complement du Plessis at the top of the order.

Faf possesses the ability to play the attacking game and can even adapt his game to play the waiting game if needed. On the other hand, Gaikwad showed great skill in the limited opportunities in 2020. He scored three consecutive IPL fifties to be retained by the franchise this year.

The CSK fans couldn’t be more elated to welcome back Suresh Raina after the southpaw missed the last IPL season for the Yellow army. Raina would enter the playing 11 at his usual position at No.3. He forms a vital cog in CSK’s plans as a crucial batter in the middle-order. In his absence in 2020, the franchise clearly struggled to put together a fine batting performance in most of the games.

Raina’s presence will also allow players like Rayudu to play their natural game and take the attack to the opposition. Rayudu, who started off on a bright note in 2020, struggled to continue on his merry run. As a result, it mounted excessive pressure on the likes of Dhoni and the rest to follow in the batting order. CSK would expect Dhoni, who might play his last IPL in 2021, to play with much freedom and help the franchise lift a record fifth title.

Ravindra Jadeja has grown by leaps and bounds in the last few years as an all-rounder. He has rightfully earned the move to bat at No.6 as a batting all-rounder. Even in the UAE, Jadeja showed his improved ability with the bat and delivered for the team’s cause on a few occasions. In the 2021 IPL Auction, CSK plugged-in a major loophole of having a spinner who could bat at No.7.

The franchise acquired Moeen Ali, majorly for his ability to play the finisher’s role and deliver a few overs of off-spin. The Dhoni-led side already has Sam Curran in the ranks who could bowl with the new ball and can get some handy runs in the lower order. The trio of Jadeja, Ali, and Curran will make for a strong playing 11 for CSK in the 14th IPL edition.

The Chennai-based franchise has got all the bases covered including their pace bowling line-up. The Indian duo of Shardul Thakur and Deepak Chahar have done well for the team in the past and are likely to start as part of their best starting XI. They’ll be accompanied by Josh Hazlewood as the spearhead of the attack. The team would expect a lot more from the lanky Australian, who has often struggled in hitting the right lengths in the death overs.