The T20 format has always been conceived hard on the bowlers. Over the years, the game has seen a host of power hitters bossing the game with their ability to wreak havoc with their powerful stroke-making. Even the rules of the game tend to be more favorable for the batters. Whether it be the size of the boundaries, the size of the bats, or the powerplay, everything makes it more comfortable for the batsmen. Through this article, we'll be analyzing a few of the most dangerous batsmen in IPL 2021.

Towering sixes and endless fours tend to keep up the entertainment quotient in the game. As a result, fans have traditionally preferred the T20 format, making it more popular across the globe. The 14th edition of IPL in 2021 is no different as it accounts for some of the world's most dangerous batsmen featuring in the league.

Here's a look at 6 most dangerous batsmen in the ongoing season of IPL 2021:

Most Dangerous Batsman in IPL 2021 – Our Picks

Pollard is the spine of the Mumbai Indians lower order and is one of the best when it comes to hitting the ball out of the park. Over the years, the Caribbean stalwart has proven his worth as a match-winner for Mumbai Indians in the IPL. He has been a constant in Mumbai playing XI with his ability to deliver in crunch situations. With his strong built, Pollard features to be ranked as the most dangerous batsman in IPL 2021. His inning of 87* against CSK at Delhi was enough indicative of his ability with his bat. It included a total of 8 gigantic sixes that guided MI to chase down an improbable target in the Capital. So far in IPL 2021, Pollard has scored 168 runs in 7 games with a strike rate of 171.

The former South Africa skipper, AB de Villiers has had a history of pulling off some miraculous chases that rightfully put him in the category of the most dangerous batsmen in IPL 2021. De Villiers has been the pillar of strength in the RCB batting order for quite some time now. He was fantastic in the 2020 IPL in UAE and will be looking to carry his blazing form in the second half of IPL 2021 too. So far in IPL 2021, he has scored 207 runs in 6 innings at a strike rate of 164. The 37-year old still happens to be RCB's dependable batsman when it comes to up the ante in the death overs. He has the rare ability of scoring runs off good balls. He often restores hope in the RCB dressing room with the assurance of turning things around even in a dire situation. While RCB hasn't won the IPL trophy yet, it will be a great opportunity for the ‘Men in Red' to bring an end to their trophy drought in 2021.

Kolkata Knight Riders have an asset in form of Andre Russell who can instill fear in the minds of the opposition owning to his attacking skills with the bat. However, Russell has really failed to find his mojo in the last two seasons. The slow pitches in the UAE didn't help his cause a great deal in 2020. However, this does not suggest a bit of his inability to turn the tables in the second half of IPL 2021.

In Match 15 vs CSK, Russell showed glimpses of him coming back to form. His blistering inning of 54 off just 22 deliveries re-ignited the faith and belief invested by the franchise in their Most dangerous batsman in IPL 2021. If his form in the recently concluded Caribbean Premier League is anything to go by, bowlers might watch out for the storm which might hit the shores in the UAE. Talking about the 2021 season, He has played 7 games and has scored 163 runs with a strike rate of 155, and will certainly be a player to watch out for in the second half of IPL 2021.

The 25-year-old rising star from the Caribbean, Nicolas Pooran has been touted as the next big thing. He is rated quite highly when it comes to his power-hitting at all stages of the game. He has already made a name for himself in this format. Pooran might not have been able to replicate his success in the IPL but is still one of the most dangerous batsmen in IPL 2021 in the Punjab Kings' camp. 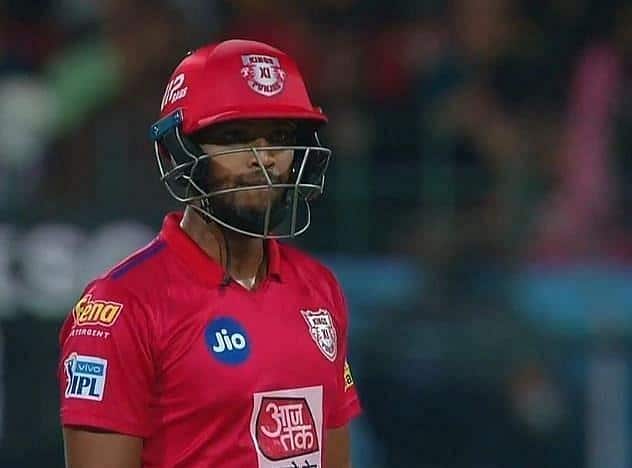 Pooran possesses a strike rate of 157 overall in his IPL career which is brilliant considering his batting position and the bowlers he would face. The Punjab Kings have shown faith in him and have backed him in IPL 2021 and will surely be a player to watch out for in this half.

The Mumbai Indians star is fifth on our list for the most dangerous batsmen in IPL 2021. He has been an integral part of the Indian as well as the MI setup over the years. He has proven his ability with the bat for Mumbai Indians and has won games single-handedly. Though Pandya has not been at his destructive best ever since his back injury. However, he'll be looking to finish the season on a high before the all-important T20 World Cup in October.

Doing the finishing duties for MI, Hardik has scored 1401 runs from his 80 innings with a strike rate of 157. He is yet to play a big knock in the current season but is still one of the batters to watch out for in IPL 2021.

Not always Prithvi Shaw will be an answer to Who is the Most Dangerous Batsman in the IPL?. However, Shaw's recent T20 form and attacking approach call for his inclusion in this elite list of players. He's a dreadful sight for a bowler when on a song. Shaw possesses the might to turn the game inside the first six overs itself.

Who is the most dangerous batsman in IPL 2021?

When will the orange cap be awarded for the IPL 2021?

The IPL Orange Cap is awarded at the end of an IPL season, since this season will end mid-October, that is when we will know who the leading run-scorer for the season was. At the time of publishing, Shikhar Dhawan is leading the Orange Cap list.