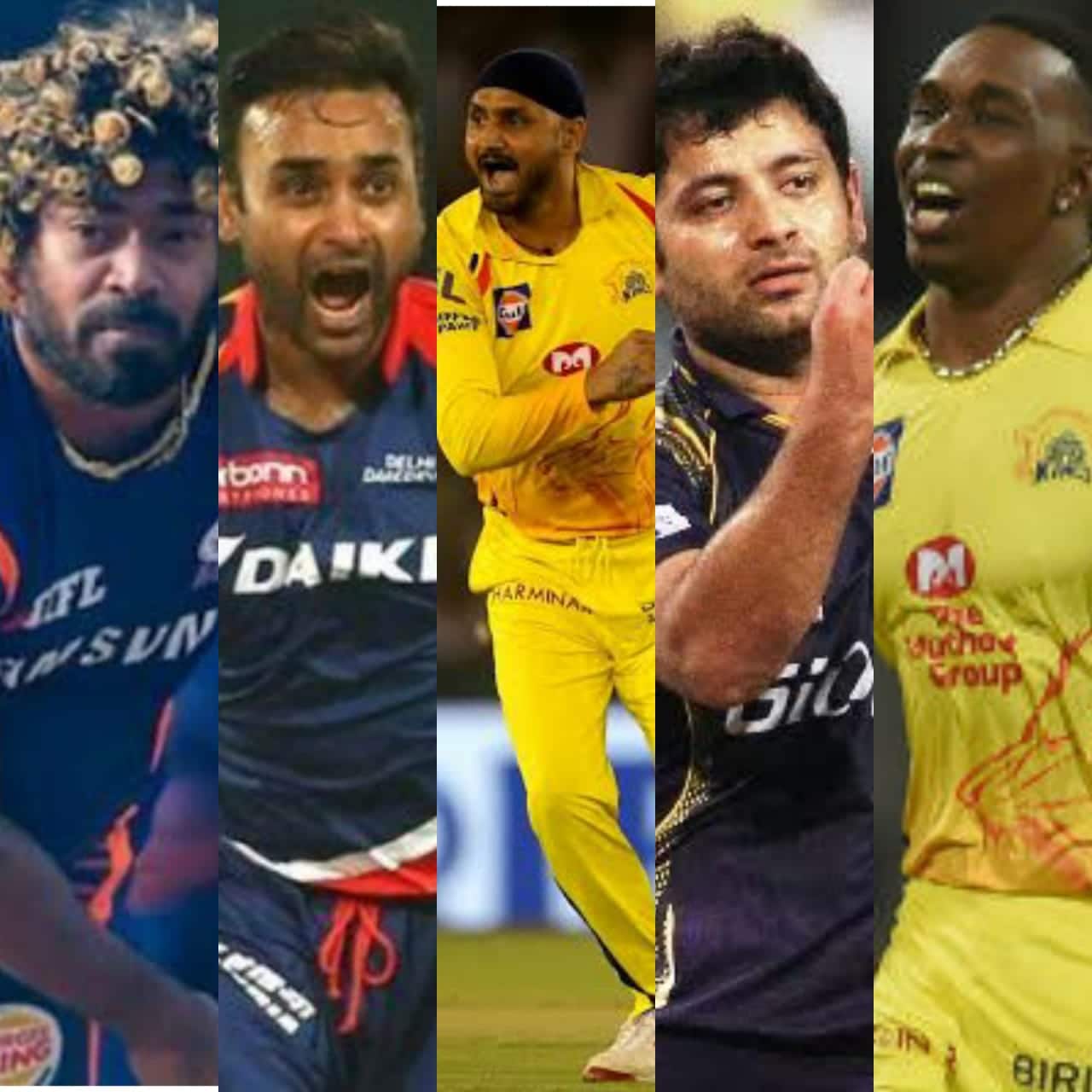 Indian Premier League (IPL) is renowned to provide the platform for some of the finest talents to prosper at the big stage. With the best players that feature in the league, bowlers find it tough to cast out an image for themselves. However, some have exhibited consistency in delivering performances year after year. It is their mere consistency that has allowed them to feature on the list for bowlers with most wickets in the IPL history.

Here, we take a look at 5 bowlers who have bagged most wickets in the IPL history:

The undisputed boss among all the bowlers in the IPL history, Lasith Malinga aptly tops the list with most IPL wickets in his playing career. Playing for Mumbai Indians, Malinga has 170 wickets to his name in 122 matches for his franchise. His invaluable contribution has helped Mumbai cross the line on various occasions. Be it his brilliant display in the IPL final 2019, or his maturity in leading the bowling unit, Malinga has stood tall on most occasions for the four-time IPL Champions.

The less talked about leg-spinner in the Indian domestic circuit, Amit Mishra has been an unsung hero for his various franchises in his IPL playing career. With 157 IPL wickets in 147 appearances in IPL, Mishra has mastered at the art of picking wickets with his deceptive leg-spin. His IPL exploits fancy a bowling average of 24.19 along with an economy of 7.35. Even in IPL 2020, Mishra will hope to continue his good run of form in the upcoming season.

The veteran off-spinner Harbhajan Singh acquires the third spot in the list of most wickets for a bowler in IPL history. With 150 wickets to his name, Harbhajan has attained great success in his IPL playing career. A journey that lasted for ten long years with Mumbai Indians, saw him lift the cup thrice. However, he shifted his base to Chennai Super Kings in IPL 2018 and could witness the franchise lift another IPL trophy after five years. Singh, who has picked wickets with a brilliant economy of 7.05, has defied the belief of T20 being a batsman’s game.

The UP-born lad, Piyush Chawla is another IPL star who has gone about his business with ease. In 157 IPL matches, Chawla is the fourth most successful IPL bowlers of all-time. His tally of 150 wickets at an impressive average of 27.14, reveals his level of quality exhibited in the league in the last twelve editions. He has played for Kolkata Knight Riders and will shift his base to CSK this year. From doing a tough job of bowling in the power play to taking the death overs duties, Piyush has seen it all in his IPL career.

The prolific CSK all-rounder, Dwayne Bravo has been a central figure in Chennai’s IPL campaign in three IPL editions. With 147 wickets to his name, Bravo has done loads of good to CSK’s IPL campaign over the years. The all-rounder has delivered times and again as Dhoni’s go-to man on most occasions. His death bowling prowess during his peak was a mystery for most batters around the world. Even in IPL 2020, Bravo will hope to deliver goods even with the ball in hand.