RCB take on one of the favourites for the IPL 2021 title, DC, at the Dubai International stadium. The match will take place on October 8 at 7:30 p.m. IST.

RCB have made stunning progress over the last few games to emerge as a major threat for the likes of CSK. DC will also have reasons to be worried about their top spot in the IPL 2021 standings even if the team has been on a two-game winning streak. 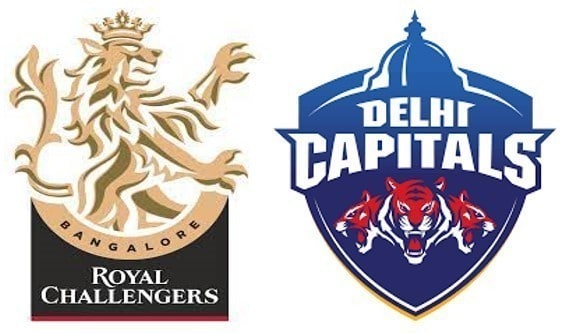 RCB will be hopeful about getting something out of the game against DC in order to keep the aspirations of further going up the table. After having had an indifferent start the season resumed in September, RCB have come good in recent matches with the likes of Devdutt Padikkal and Virat Kohli on good form. Even if RCB are unable to dominate on the bowling front, the RCB vs DC match prediction has noticed that Kohli’s men have been able to make the most of their strong batting line-up on most occasions.

DC have done exceptionally well to pick up victories in all but the one game against KKR since the season resumed in September. DC has slowly started taking control of the IPL 2021 table thanks to a competent bowling and batting lineups. In fact, the RCB vs DC match prediction is left impressed with the bowling show put up by DC even after the departure of some key players. In the batting line-up, DC continue to get outstanding performances from the likes of Shikhar Dhawan and Prithvi Shaw.

RCB vs DC Head to head

The RCB vs DC head to head record reveals a fixture that has been played on numerous occasions with 26 meetings between the two teams. RCB have had the distinct advantage in the Bangalore vs Delhi numbers after picking up 15 victories compared to just 10 achieved by DC. The strong domination shown by DC in 2019 and 2020 is partly helpful in bringing some pride into the record, as RCB had even better numbers until the 2018 season.

Even though this much does not have a lot riding in terms of its ability to change the table, DC and RCB will be keen on maintaining momentum ahead of the play-offs. After having just missed out on the top two places, RCB could be done on confidence and momentum. Even though both teams are expected to undergo massive changes, DC’s overall squad strength could come to save them.

DC have huge hitters in the squad that will make RCB quite nervous. After having seen the likes of Dhawan demolish CSK with some impressive shots in the recent match, DC clearly have the upper hand when it comes to this market, as per the RCB vs DC prediction.

Shikar Dhawan managed to light up the Dubai International Cricket Stadium with a wonderful innings, which gave 39 runs, against CSK. Even though the 35-year-old has failed to deliver on a couple of occasions since the restart, Dhawan has been excellent this season. He is just behind the Faf du Plessis, Ruturaj Gaikwad, and KL Rahul in terms of runs scored this season.