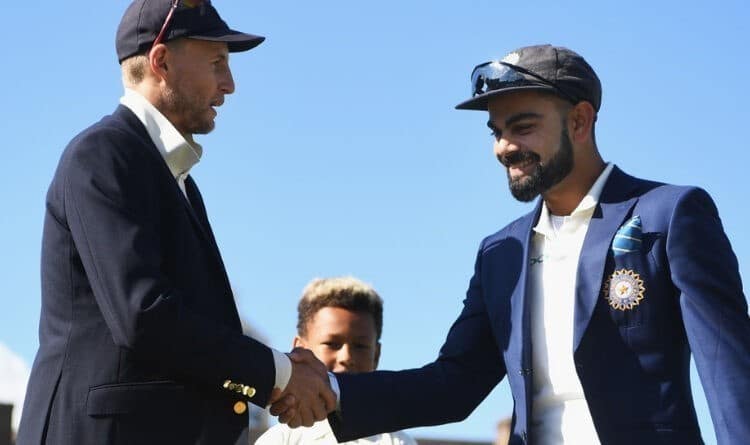 After the first Test match ended in a draw, all eyes are on the second Test between England and India at Lord's Cricket ground in London. Both the teams will look to take an edge and get their first win in the World Test Championship campaign. The first match failed to witness a winner as incessant rain on Day five forced the umpires to call off the match. It is expected that rain may not play a spoilsport in the second Test at the Lord's.

While the England cricket team would be concerned with their batting order, the visitors are still on the hunt for the right batting combinations. In today's ENG vs IND Match prediction, both the teams will eye for a solid start and put their counterparts on backfoot.

Before we take a look at ENG vs IND Today Test Match Prediction, here’s a look at what does 2nd Test has to offer:

Injury scares remain a strong concern for the Joe Root led-side. England's premier bowler Stuart Broad has been ruled out of the entire series owing to a calf injury. This news is certainly nothing but the rubbing of salt in the wound. Englishmen will not be embracing the services of their tearaway pacer, Jofra Archer.

Moreover, the top-order batsmen have failed to hit the right chords in the first Test at Trent Bridge. Skipper Joe Root will need to put his A-game against the dominant Indian bowling line-up. All-rounders Sam Curran, Mark Wood, and Moeen Ali will need to be in sublime form with the willow. Therefore, plenty of unanswered questions for the hosts before they pad up for today's ENG vs IND second test match.

Skipper Virat Kohli and team management will also need to battle the injury concerns ahead of the second test match against the mighty Englishmen. Paceman Shardul Thakur will be unavailable as he succumbed to a hamstring injury. Rohit Sharma and KL Rahul have been impressive as the opening duo in the first test match. The duo gave the team a solid start of 97-odd runs before Rohit Sharma fell prey to Ollie Robinson's ball.

Talking about the all-rounders, Ravindra Jadeja will lead the department as a prolific spinster. Ravichandra Ashwin can make his entry into the team after missing out in the first test match. Moreover, Ishant Sharma and Umesh Yadav will also be in contention in the bowling unit. Thus, it is expected that India will go with a strong playing-XI and put their fierce brand of cricket against the hosts.

England and India have met each other in 127 matches. While England has been on the victory side 48 times, the Indian team has triumphed in 29 matches. The Head to Head statistics reflects that England has played better cricket than India in previous encounters. Eventually, England looks to be favorites against India in the ongoing test series at the former's backyard. However, skipper Kohli may like to overlook the trends and walk in fresh on the ground in today's Eng vs Ind second match.

ENG vs IND Second Test Match- Players to Watch out for

Skipper Joe Root will draw the spotlight after an impressive performance by smashing a hundred in the second innings of the first match. Moreover, the openers in the form of Rory Burns and Dom Sibley will also be on focus due to their ordinary start to the team's batting innings.

The bowling unit led forward by James Anderson will go under the scanner after the most-revered Stuart Broad was ruled out from the entire series. Thus, the England team will need to press their quality of cricket a notch-up in order to be in the driving seat of the match.

Skipper Virat Kohli will be the player to watch out for in today's ENG vs IND 2nd Test match 2021. Surprisingly, the run machine has failed to garner three-figure runs in the past 18 months. Adding to the troubles is the fact that the top-order batsman got outscoring a golden duck in the first innings of the first test match.

For the visitors, the openers in the form of Rohit Sharma coupled with KL Rahul will draw attention as they need to stand strong against the swinging ball during the initial moment of the batting innings. The bowling department spearheaded by Jasprit Bumrah will need to put their pressure on the hosts from the ball one.

ENG vs IND Today Match Prediction – Who will win the 2nd Test in Lords?

English conditions have never been friendly for the Indian cricket team. It is evident in head-to-head Head tally as well. However, India has emerged strongly from its previous losses. The visitors have proven their mettle in the overseas series in Australia earlier in the year. Taking all things under consideration, the Indian team is all set to do the major disruption in the world cricket in today's ENG vs IND second test match. Hence, the Indian cricket team will walk in as favorites against the three lions in today's ENG vs IND second test match at Lords.