The CSK vs KKR match prediction for the weekend could be one of the crucial in the IPL 2021 season going by the results of the two teams in the last few games. The match will take place at the Sheikh Zayed Stadium in Abu Dhabi.

CSK come into the game following impressive wins over MI and RCB since the restart. KKR, meanwhile, have experienced a substantial improvement in form following the wins over DC and MI. KKR have the obvious advantage of having already played two matches at the Sheikh Zayed Stadium and they will be quite aware about the conditions that will exist ahead of the game. This places KKR at a slight advantage, as per the CSK vs KKR prediction. 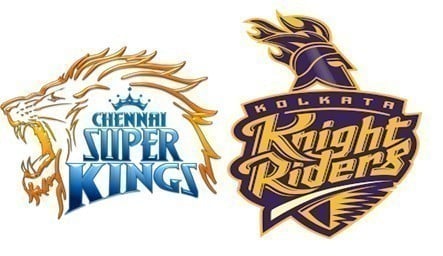 CSK have been one of the top teams in the IPL 2021 so far. They have the management that can handle any issues that come their way. MS Dhoni has one of the potent batting lineups at his disposal and this gives CSK a significant advantage over opponents. The line-up comprises players like Ruturaj Gaikwad, Faf du Plessis, Moeen Ali, Ambati Rayadu, Dwayne Bravo, Dhoni, and Ravindra Jadeja cannot be dismissed so easily in any condition.

KKR have been playing with a resilient mentality in the matches since the restart. The top order has seen an instant impact from Venkatesh Iyer, while the likes of Shubman Gill have also displayed good form over the last few games. The batting of KKR is excellent but it is not up to the standard of CSK. The bowling, though, is a different story with KKR dominating the standings with Varun Chakravarthy and Sunil Narine.

CSK vs KKR Head to head

The CSK vs KKR head to head will reveal an encounter that has been predominately dominated by CSK in recent years. CSK have had the better of this match since 2013 and KKR have been able to enjoy success only on an occasional basis. This certainly has its effects on the IPL 2021 prediction when these two teams come up against each other.

This will be a tight match which features both teams have good form. KKR have the potential to upset the odds and get a victory over CSK given the numerous positives within the team. The bowling is one of the biggest weapons for KKR in this match, but CSK’s incredible batting line-up will ultimately lead them to an eighth victory in the 10 matches.

Even though CSK may have the best batting line-up in the IPL 2021, KKR are not far behind thanks to the emergence of players like Iyer. The aggressive nature of KKR’s play over the last few games is also likely to help overshadow CSK’s measured and steady approach. The presence of Russell also makes KKR a strong candidate for most sixes.

Faf du Plessis might have had an underwhelming game since the restart, but the performance against RCB showed why the batsmen is highly regarded. He had some excellent shots in the innings that produced 31 runs from 26 balls. Faf du Plessis has the potential to build on this innings.