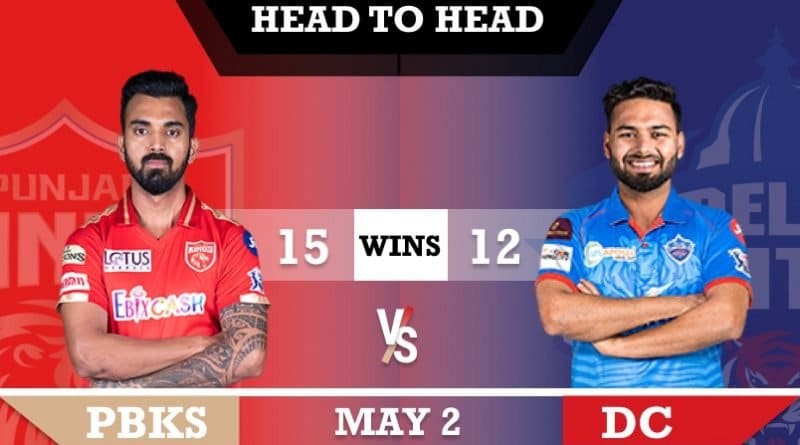 Punjab Kings (PBKS) will be battling out against Delhi Capitals (DC) at the re-constructed Narendra Modi Cricket stadium in Ahmedabad. It will be a high-octane clash between the two neighbors considering that a lot is at stake for the Punjab Kings. The KL Rahul-led side is ostensibly struggling in the IPL Points Table. However, with a huge win in the previous fixture vs RCB, Punjab will be confident going into today’s IPL match vs Delhi Capitals.

On the other side, Delhi Capitals (DC) will be riding high on confidence as they will walk into this contest with an aim to reach the top of the points table. Today’s PBKS vs DC IPL match will also mark the first reverse fixture in this IPL season. On the previous outing, Delhi got the better of Punjab with a comfortable chase at Mumbai’s Wankhede Stadium. While Rishabh Pant-led side will aim to continue their dominant run, Punjab will hope to spoil Delhi’s party going away with a win in today’s evening contest.

Before we make PBKS vs DC Today Match Prediction, here’s a look at what does today’s fixture has to offer:

Punjab’s playing XI has failed to put their best foot forward collectively. In today’s IPL match, skipper KL Rahul may contemplate showing the exit door to off-colored Nicholas Pooran. He is yet to find his rhythm in the current edition of IPL. Dawid Malan may be roped in the playing XI to bolster the middle order unit. Also, Jhye Richardson may replace Riley Meredith. The latter suffered a hammering blow on his eye in the previous fixture vs RCB.

As the Delhi-based outfit looks to solidify their position in the top-2, Rishabh Pant, and co. will look to stay on the winning side. Their openers, middle-order, and bowling armory have no loopholes which could pose as a potential threat to the opposition. However, paceman Kagiso Rabada, who has struggled to find form, will look to improve his wicket-taking tally in today’s IPL match vs Punjab Kings (PBKS).

In the 27 faceoffs between the two powerful teams, Punjab Kings appears to take the lead with 15 wins under their belt. In today’s IPL match, DC will be determined to reverse the tally and inch closer in the head-to-head race. From the Kings’ point of view, they will be interested in continuing the dominance against their rivals.

Players to Watch out for in PBKS vs DC IPL match:

Punjab Kings is yet to go all out with the willow in the initial overs of their batting innings. KL Rahul, Prabhsimran Singh, and Chris Gayle will look to get into the groove. They must add plenty of runs on the scoreboard. After an extraordinary day in the last outing, Mohammad Shami, Chris Jordan, and other key bowlers will gear up for a wicket-hunt in today’s IPL match.

The opening duo-Prithvi Shaw and Shikhar Dhawan tailored a perfect fabric in the last match against KKR. Both the players soaked in the pressure and went hammer and tongs against a strong bowling unit. Avesh Khan has been the star in the bowling for Delhi Capitals (DC) through this IPL. He will be one of the key players to watch out for in today’s PBKS vs DC IPL match.

After assessing the results of all previous matches at Narendra Modi cricket stadium, it is understood that the wicket looks balanced so far. It offers to the interest of both batsmen and bowlers. Eventually, the pitch may slow down going into the business end of the match. Looking at the balance of both teams, Delhi Capitals (DC) are better equipped with a deep batting line-up coupled with a strong bowling side. As a result, Delhi Capitals is likely to start as favorites and win today’s PBKS vs DC IPL match on May 2.