This is a KKR vs PBKS prediction that focuses on all aspects of the game to come up with top betting tips for the punter.

KKR go up against PBKS at the Dubai International stadium for a match that kicks off on 1st October 2021 at 19:30 IST. This is certainly a must win match for PBKS, who could end up losing the slender hopes of qualifying for the play-offs with a defeat. Meanwhile, KKR are looking to build on the momentum over the last few games. 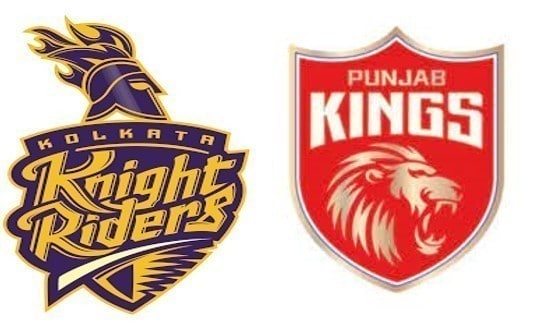 The victory over DC has kept KKR’s hopes of reaching the play-offs. The victory would have given a huge deal of confidence to KKR considering that DC are one of the favourites for the title. A lot will depend on the opening pair of Venkatesh Iyer and Shubman Gill. If they establish a partnership in the early stages, KKR stand a good chance of posting a good total. In the bowling segment, Sunil Narine has come up really good in the last few games and he will be one to watch.

PBKS continue to struggle with the bat and the story does not get any better when it comes to the bowling department as well. The inconsistency shown by the PBKS bonus has been quite high. The team has been dependent on a handful of individuals like KL Rahul to work the magic. The team also needs the return to form for Mayank Agarwal. If PBKS are to come anywhere close to getting a victory out of this match, they need bowlers Markram and Mohammad Shami to be consistent in the early stages.

KKR vs PBKS Head to head

The KKR vs PBKS head to head record shows a fixture that has been supremely heading in the direction of KKR. Apart from a handful of wins going back to the last few years, PBKS have not had any joy against this opponent. The recent form of PBKS also does not hint at any change to this position. The Kolkata vs Punjab rivalry is also heightened by the fact that this is one of the frequent fixtures in the IPL.

Since the restart, KKR have become quite consistent and they have looked solid enough to grab three wins in the four matches. The other defeat turned out to be a narrow loss against CSK. PBKS have been on a disastrous form and their only win since the restart game against strugglers SRH.

KL Rahul has not been able to hit a half-century since the IPL 2021 restarted. However, he was almost close to doing so in his last match at the Dubai International stadium. This KKR vs PBKS match prediction sees Rahul as the big hope for PBKS in the efforts to rediscover form.

KKR are better than PBKS in terms of finding sixes with Venkatesh Iyer and Rahul Tripathi alone contributing six in the game against MI. PBKS are very poor in terms of their batting performances and they might end up dwindling to a low total.