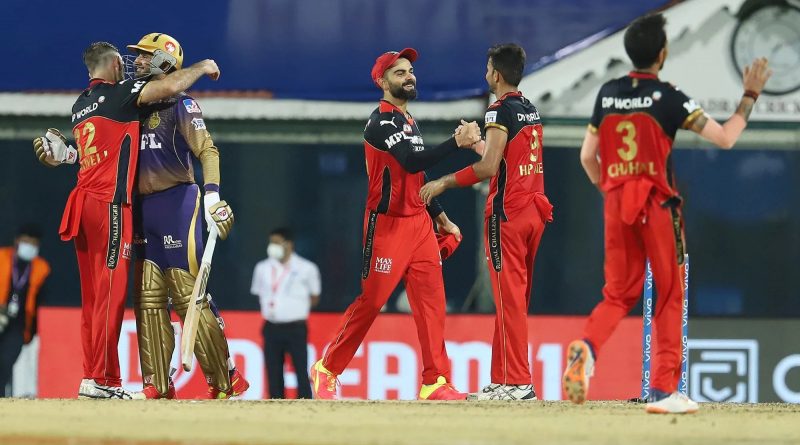 n Match 16 of the VIVO IPL 2021, Royal Challengers Bangalore will be up against Rajasthan Royals in an epic encounter at the Wankhede Stadium. Virat Kohli’s RCB has been on a victorious run so far in the tournament with three wins from as many matches. Going into today’s IPL match vs Rajasthan Royals (RR), the ‘Men in Red’ would be riding high on confidence as they look to continue their unbeaten run against the Royals.

On the other hand, Sanju Samson-led Rajasthan Royals have struggled to put up consistent performances in the three matches played so far. The Jaipur-based franchise has secured a solitary win in the tournament as they continue to languish in the bottom half of the IPL 2021 Points table. In today’s RCB vs RR match, Samson and co. would be hoping to turn the tables and claim their second win of the ongoing season.

Before we make RCB vs RR Today IPL Match Prediction, here’s a look at what does today’s IPL fixture has to offer:

Skipper Virat Kohli and the team management may go with the same line-up in today’s IPL match. The top-order batsmen have launched an assault with the bat which has helped a great deal in posting decent totals in the games so far. The bowlers have also been up to the task of delivering in adverse situations. Hence, RCB may not make any changes in their playing XI owing to their string of victories in the last few matches.

The batting department has struggled for Rajasthan to go all guns blazing against in the season so far. Hence, Sanju Samson is expected to tweak the batting line-up in today’s IPL match versus Royal Challengers Bangalore. He may show confidence in the youngster Yashasvi Jaiswal in place of Manan Vohra. The latter has failed to accomplish his duties as an opener in the opportunities that have come his way.

Stepping into today’s RCB vs RR IPL match, both the teams will have a tight-rope walk considering the head-to-head IPL record. In the 20 encounters so far, RCB and RR have won 10 matches each. Eventually, it speaks volumes about the quality of the cricketing clash in display at the field. Looking at the trends, it will be a thriller encounter between the top two sides.

Players to Watch out for in RCB vs RR IPL match:

After some spectacular fireworks by Ab De Villiers, Glenn Maxwell in the erstwhile match against Kolkata Knight Riders, all eyes will be on the duo to produce another scintillating show against RR. Yuzvendra Chahal assisted by the likes of Mohammad Siraj and Kyle Jamieson, will yet again be the players to watch out for in RCB vs RR IPL match.

Speaking about the Pink brigade, Sanju Samson and Jos Buttler will be the two key batters for the Royals. The team needs the duo to be in red-hot form in today’s IPL match. Mustafizur Rahman and Rahul Tewatia are expected to make smart gains for the team. They can pick up quick wickets and stop the leakage of runs.

As usual, Wankhede cricket stadium will cater a high-scoring match with both the teams jumping to make the most use of the flat pitch. Apart from the toss factor, the team with emphatic middle-order is set to topple the other team. Hence, RCB with a strong batting line-up and good pair of bowling combinations may make the cut in today’s IPL match. As a result, RCB will go in as favorites and is expected to win today’s RCB vs RR IPL 2021 match on April 22.