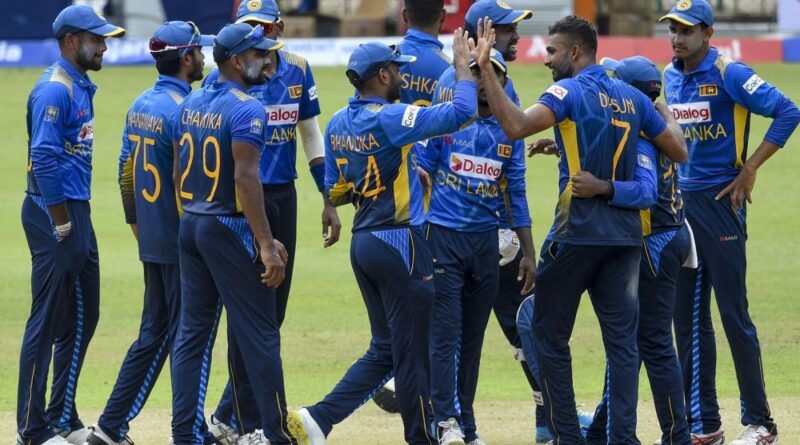 Sri Lanka will host South Africa for a limited-overs series in the first two weeks of September. The bilateral series will consist of three ODIs and as many T20I matches. It will be the first limited-overs series between Sri Lanka and South Africa since their face-off in ICC Cricket World Cup 2019 league stage. As both teams will play this series just before the T20 World Cup, it will be good preparation for both teams starting from September 2.

The tourists have had some encouraging performances in the last few months since their tour of the West Indies. Being looked upon as one of the underdogs for the upcoming T20 World Cup 2021, the Temba Bavuma-led side has an opportunity to acquire some winning momentum before the marquee tournament. Proteas played their last limited-overs series against Ireland where they managed to win all matches except the washed-out game.

On the other hand, Sri Lanka has struggled to find their best playing XI in either of the two white-ball formats. Despite that fact, the hosts managed a T20I series victory against India. Kusal Perera who missed out on the last series against India and all-rounder Wanindu Hasaranga will be the key players for the Islanders including the pace bowler Dushmantha Chameera.

Here’s a look at the South Africa Tour of Sri Lanka 2021 in detail:

South Africa’s tour of Sri Lanka 2021 kickstarts with the first of three ODI matches on September 2. Due to the Covid pandemic, all six matches of the series will be played at R. Premadasa Stadium, Colombo in a biosecure bubble. All ODI matches between the two teams will be day-night in this series. For Indian viewers, the live telecast for Sri Lanka vs South Africa 2021 ODI matches kickstarts at 3 PM IST.

The ODI series will e closely followed by three T20Is. The T20 series begins on September 10 with subsequent matches on alternate days for a span of the next four days. South Africa's tour of Sri Lanka 2021 draws to a close with the third and the last T20I on September 14 at Premdas Stadium.

Head to Head in ODIs

Head to Head in T20Is

In Head to Head records between Sri Lanka and South Africa, the Proteas have emerged out as a dominant force against the Islanders. The men from the Rainbow nation have managed to win 44 ODIs and 8 T20I matches against Sri Lanka. As both the teams are playing their first limited-overs series since Cricket World Cup 2019, the hosts will aim to improve their records against South Africa at home. On the other hand, the tourists will have a real opportunity to find some momentum ahead of the upcoming T20 World Cup in the UAE.

The official broadcaster for Sri Lanka vs South Africa limited-overs series 2021 – Siyatha TV will live telecast the entire series in the host country. In India, Sony Sports Network will be digitally live streaming all the SL vs SA ODIs and T20Is. Sony Ten 2 will broadcast the SL vs SA 2021 series live starting September 2 in India. Sony LIV will continue to be the official live streaming partner for all Sri Lanka vs South Africa matches in 2021. So, the cricket fans can witness all the action between the teams on the official website and App of Sony LIV.

South Africa have a few key players missing from the ODI squad for the upcoming series against Sri Lanka. Wicket-keeper Batsman Quinton de Kock has been rested from the ODIs while David Miller is out due to injury. Lungi Mgigi, another vital cog for the hosts, will miss the ODIs due to personal reasons. However, each of the three players will be back to join the squad for the T20I squad.

Aiden Markram and Janmeman Malan will open for South Africa in this series. Janmeman Malan had terrific series against Ireland as the opener will aim to continue his good form in this series as well. In the bowling department, Kagiso Rabada and Anrich Nortje will be the key pacers. Tabraiz Shamsi will lead the spin department of Proteas against Sri Lanka.

Sri Lanka is yet to announce the squad for this limited-overs series against South Africa.