The exhilarating rivalry between Indian batting and South African bowling will enter its newest chapter at the upcoming T20 World Cup 2022 in Australia. While South Africa will be looking to win their maiden title, India will be eyeing to bring the elite trophy back home with them.

The two powerhouses will face each other on October 30, 2022, in Perth.

India knocked out hosts South Africa out of the inaugural T20 World Cup with a stellar performance. India took the field without their main man Yuvraj Singh and put up 153/5 on the board with the help of Rohit Sharma’s unbeaten 50 and MS Dhoni’s 33-ball 45.

South Africa registered their only T20 World Cup win over India in Nottingham. The low-scoring fixture got off to a slow start, with the Proteas posting 130/5 with AB de Villiers hitting 63 off 51. India started strongly with openers Gautam Gambhir and Rohit Sharma putting on 48 runs in 6.2 overs. A collapse after that saw India finish at 118/8.

It was the Suresh Raina show as the southpaw slammed the maiden T20I century by an Indian. Raina raced to the hundred in 60 balls, smacking elite pacers Dale Steyn and Morne Morkel. Yuvraj and Dhoni chipped in to take India to 186/5. The two rivals played out a last-over thriller in Colombo. Batting first, India scored a competitive 152/6 thanks to Suresh Raina’s 34-ball 45. In reply, Faf du Plessis nearly took South Africa home with a feisty 65 off 38 balls. However, the other contributions didn’t matter much as Indian seamer L Balaji defended 14 runs in the last over.

The target was stiff, but the chase master Virat Kohli had other plans. Kohli thumped an unbeaten 72 off 44 balls to help India reach the target in the final over to make the finals.

BCCI has selected a formidable Indian contingent for the ICC T20 World Cup 2022 which will be held in Australia from Oct 13 to Nov 16. Much has changed for India since the last edition in 2021. However, it remains to be seen if the change in leadership can bring about a change in fortunes.

With only the notable omission of Rassie van der Dussen who is still nursing a fractured finger, the phenomenal Proteas have selected a strong squad. The pace battery would be their biggest asset in Australia. It would be further enriched with the inclusion of the experienced Wayne Parnell.

The giant of domestic cricket has remained an in-and-out story in the Indian team until 2021. The veteran keeper has the self-belief to handle big-match pressure and is often used by skipper Rohit Sharma to keep the batting order fluid.

Karthik’s belligerent strike rate of 146.4 and the recently gained reputation as a finisher make him a key player for India in this year's tournament.

The swashbuckling all-rounder can dent any opposition with his devastating batting and more than handy bowling skills. Ever since his return to the field in April, he has led Gujrat Titans to their fairytale IPL win, delivered the match-winning six in the Asia cup opener against Pakistan, and even downed England in England to win the bilateral T20 series.

With a batting strike rate of 148.49 and 54 wickets under his belt, his fast bowling too will cause a lot of headaches for the opposition. 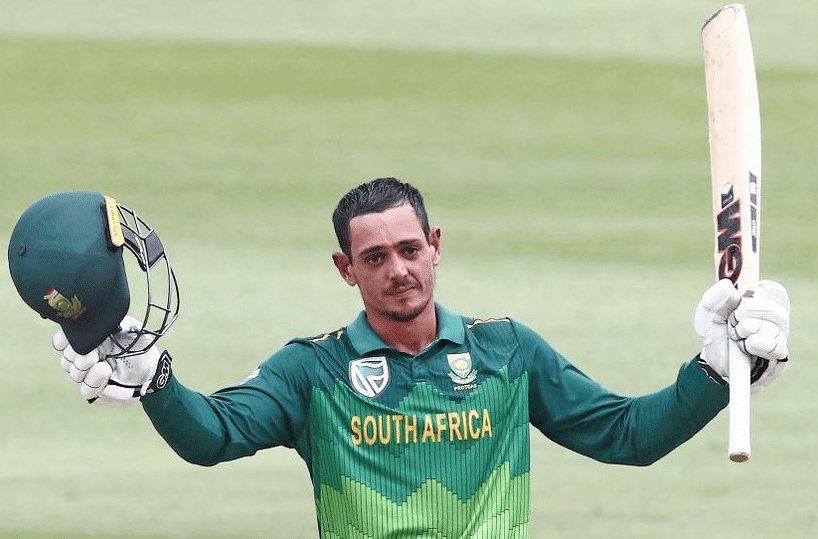 An immensely talented and popular name in the International arena, Quinny recently achieved the milestone of being the fastest South African batsman to reach 2,000 T20I runs. The magnificent wicketkeeper and fearless opener have a strike rate of 134.12 in T20I.

De Kock is currently the second most experienced player in the lineup and the Proteas team will depend on him to provide that usual solid start that he normally gives.

Miller has roared back into form. The six-hitting machine from South Africa comes into the tournament with more than 100 T20I caps under his belt. The finisher has a batting strike rate of 145.49 and is coming fresh from a 106 not out in the second T20I against India in Guwahati.

South Africa’s highest run-getter in T20Is is geared up to play his role to perfection.