After an early exit from the Asia Cup, team India is now doing the final preparations for the ICC T20 World Cup 2022. They have two 3-match T20I series against Australia and South Africa at home before heading to the WC T20 in Australia.

BCCI announced India’s squad for ICC Men’s T20 World Cup 2022 with a few changes. Jasprit Bumrah and Harshal Patel have returned from their respective injuries while Avesh Khan has been excluded.

Is it worth it? Let's go through the current form of the Indian squad, the teams they will be facing in the World Cup, and the overall stats at the particular venues to figure out World Cup T20 India Predictions.

The current form of the India Squad

Well! The most favourable outcome for India from the Asia Cup was the form of Virat Kohli. Kohli scored 276 runs in 5 games of the Asia Cup at an average of 92. Two half centuries followed by the most awaited 71st century in the final game exploded the joy of fans across the world as well as on Twitter. World Cup T20 India Predictions favour Virat Kohli as the top batter from the Indian side.

India will most probably go with Rohit Sharma, KL Rahul, Virat Kohli, Suryakumar Yadav, and Hardik Pandya in the top order. Sharma has been given the role to score freely at the top and he is been doing it at a strike rate of 160 in the last 5 innings. KL Rahul is yet to find the Midas touch after his comeback from the injury but a half-century in the last game shows the big innings can come in the T20 World Cup. This will be Suryakumar Yadav’s first world cup T20. One century and 6 half-centuries in 26 innings played so far at a strike rate of 173.29 shows the opposition will struggle against the top order of India.

Hardik Pandya’s resurgence in the middle is the story of 2021-22. After a massive IPL win with debutant Gujrat Lions, Pandya has become the backbone of the Indian middle order. In 16 games this season, the all-rounder has scored 331 runs and has taken 12 wickets. On bouncy pitches of Australia, India will go with Pandya bowling those 4 overs in case they play an extra batter. With no left-handed batter in the top 5, Rishabh Pant will be an ideal choice as a wicket-keeper over Dinesh Karthik. Though Pant’s T20I stats are below par with his potential, he was outstanding in Australia last year.

India’s real trouble will be in choosing an extra batter over a bowler. Axar Patel and Ravi Ashwin are the only two bowlers excluding Pandya who can bat if everything goes haywire. But the Australian pitches don’t offer many turns. Bumrah, Bhuvi, and Patel will come in directly with Yuzvendra Chahal. Bhuvi has 26 wickets in 18 games this year with a career-best of 5 wickets for 4 runs. World Cup T20 India Predictions support Bhuvi to be the ideal candidate for taking the highest number of wickets from the Indian side.

India has been drawn into group 2 with Bangladesh, Pakistan, and South Africa. They will most probably be joined by West Indies and the Netherlands from group A and Group B respectively. The top 2 teams of the group will play the semis and then the Final. Crickex’s World Cup T20 India Predictions put India at the number two spot as a favourite to win the T20 World Cup. But the road is a little difficult.

India will play two warm-up games against Australia and New Zealand before starting their World T20 campaign. And what better way to start than to play against Pakistan? Probably the most watched game all over the world! India’s record against Pakistan in World T20 is quite dominant. They have won 5 out of 6 games (Including one tie) played against Pakistan and have lost just once. But they lost to Pakistan by 10 wickets in their final encounter in the last ICC World T20. India is still seen as the favourite to win the game against Pakistan. Parimatch World Cup T20 India Predictions have odds of 1.53 on India to win.

Next will be West Indies. India has had 15 wins against West Indies in the last 17 games. It will be an easy choice to pick the winner of the game. After West Indies India will play against South Africa and Bangladesh. India has won 4 out of 5 games against SA at this level while they have managed to keep a clean sheet against Bangladesh in 3 games. 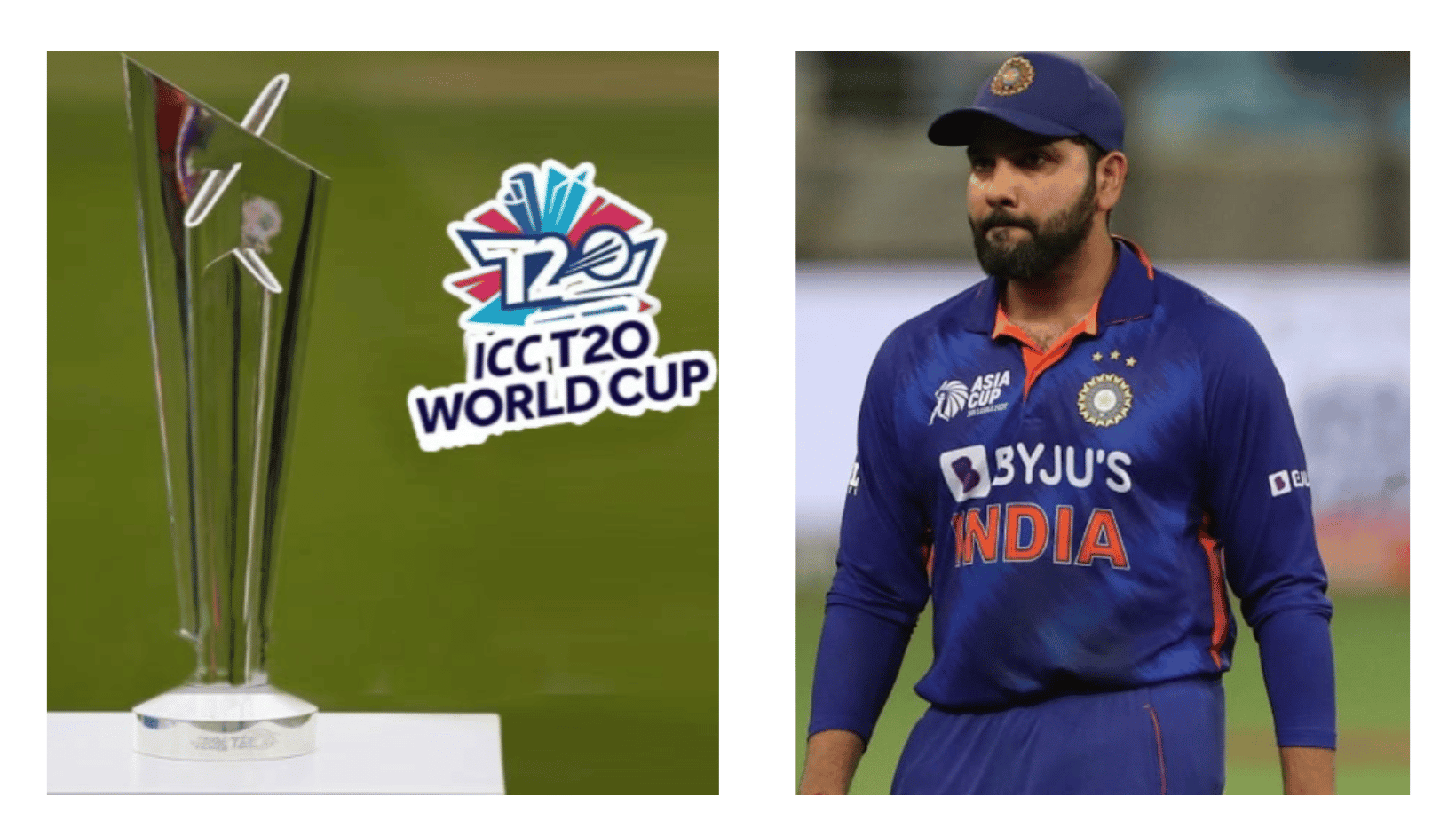 There is an interesting stat about India’s affairs in Australia. India hasn’t lost a game after losing the toss. They have all 6 games after they have been sent to bat or ball by the opposition. The same can’t be said when India wins the toss as 4 out of 5 results are against them.

Top Players from the T20I Series against Australia

India had to work hard for clinching the series against Australia by narrow margins. After a mediocre start, the team managed to come back with a bang towards the end of the series to drastically reduce the World Cup T20 India odds. There were plenty of positives for the Men in Blue to take home from the victory. Some of the best performers in the series turned out to be:

Axar Patel finished as the top wicket-taker in the series against Australia after he grabbed eight wickets. The all-rounder has also been able to contribute a crucial degree with the bat, as he has been proving to be a capable replacement for Ravindra Jadeja. Of course, Axar Patel has to improve in certain areas if the World Cup T20 India odds expect him to be the leading wicket-taker. At an economy rate of just 6.3, Axar Patel could be invaluable to India’s efforts of winning the title.

Rohit Sharma’s top scorer in the series was 46 not out. However, he had an impressive strike rate that was extremely useful to the team during the power play. The skipper has the potential to be a very dangerous opener, but there are also some limitations as well. The form displayed in the series against Australia can be a good precursor for expecting good things out of the star at the World Cup T20.

Suryakumar Yadav finished as the top run scorer for India in the series. He was able to grab 115 runs and some of the innings were able to display some excellent strokeplay. The 32-year-old was also able to come up with a strike rate of just over 185. Despite coming down the order in the batting line-up, Suryakumar Yadav proved to be plenty useful against Australia and more could be in the offering at the T-20 World Cup.

Top Players from the T20 Series against South Africa

There are no doubts that India will remain a strong favourite in the World Cup T20 India predictions and this was only enhanced by the series victory over South Africa in a comfortable fashion. However, there were some surprises and disappointments in this series with players who had grabbed the limelight in the matches against Australia coming up with some poor performances. Yet, there are also some big positives. They were:

Suryakumar Yadav was once again the star performer for India and his recent form has certainly made a change to the World Cup T20 India odds for the top batsmen market. After coming up with crucial 119 runs in the first two matches, he was quite disappointed in the T20 although there was not much to play given that the Men in Blue had already picked up the series. At a strike rate of 195 with a high score of 61 runs, it was yet another impressive performance from Suryakumar Yadav in the first two innings.

KL Rahul was easily one of the top batsmen for India in the series victory over South Africa. A fine performance in the first two innings saw KL Rahul return with figures of 108 runs at a strike rate of 129. The crucial innings came at Thiruvananthapuram when India found itself in a troublesome situation even if the target was not huge. After a mediocre performance in the series against Australia, this comeback from KL Rahul was crucial.

Deepak Chahar has not been featuring regularly for India when it comes to the T20I games over the last few months. The solitary appearance against Afghanistan was one of the rare occasions. However, he was able to come up with an impressive performance during the series – especially in the first two games. He was able to come up with three wickets in the first two matches at an economy of eight. His form is a significant highlight that India is able to boast a lot of strength in depth, which is all of the key factors behind the World Cup T20 India predictions ranking the Men in Blue as a strong favourite for title success.

India has a great chance to go into the finals of the T20 World Cup with the current squad. They have good hitters, accelerators, swing bowlers, and specialists for every position. Though they haven’t had their hands on this trophy since 2007, ICC World T20 2022 can change their fortunes once again. India has got a group of teams against whom they have a better track record. Even the greats are backing India for the knockouts.