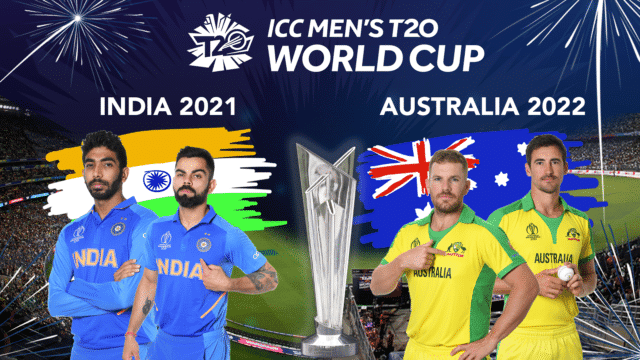 The T20 World Cup 2021 will kickstart from October 17 with the final slated to be played on November 14. Earlier, the 2021 T20 World Cup was scheduled to be played in India in the October-November period. However, with the current COVID-19 situation in India, BCCI has plans to shift the tournament to UAE and Oman.

“Due to the COVID-19 situation in our country, we may shift the tournament to UAE. We are monitoring the situation closely, the health and safety of players are paramount we will take a final call soon,” BCCI secretary Jay Shah told ANI.

The remaining IPL 2021 matches will also be held in the UAE during September and October. The IPL 2021 final will be played on October 15 in the UAE.

Which clash are you most excited by? 👀

The T20 World Cup 2021 comprises two phases. The first phase will see the eight teams, distributed in a group of four, vie for the top two spots in their group. This round will consist of 12 matches with the top two teams from both groups qualifying for the Super 12s.

Four teams from Round 1 will qualify for the Super 12s to join the top-8 ranked T20I teams in the upcoming T20 WC:

The 16-team tournament will be co-hosted in UAE and Oman as a two-stage tournament. As mentioned earlier, in Round 1 teams will be split into two groups of four each, which will take place at one of the venues in the UAE and Oman. However, the Super 12s will be played entirely in the UAE. The three venues at Sharjah, Abu Dhabi, and Dubai will host the matches for the group stage and the knockouts including the T20 World Cup 2021 final.

Earlier, BCCI had shortlisted nine venues for the T20 World Cup in India, but due to the grim situation in the country, it is highly risky to proceed with the marquee tournament in India.

ICC has announced the official schedule for the T20 World Cup 2021. The tournament will kick off with Round 1 from October 17 in Oman. Hosts Oman will lock horns in the opening match against Papua New Guinea in Group B.

Round 1 Schedule – Top 2 teams from each group will qualify for the Super 12s.