The T20 format has introduced a new dimension to the game of cricket. With attacking strokeplay and a fearless approach, batters have become far more aggressive to adapt to the demands of the modern game. It is entirely becoming a game dominated by the batter while the bowlers have been forced to seek out different ways to earn a wicket. The freedom to score runs is so much that in a 20-over game, batters have managed to score centuries in an inning. However, a slow T20 century never helps the team's cause as we take a look at some of the fastest centuries in T20 cricket.

Here's a list of the top 10 fastest centuries in T20 International:

Hazratullah Zazai helped a great history as the Afghan player with the fastest centuries in T20 history after coming up with staggering innings in the game against Ireland in Dehradun, India. After opening the innings for Afghanistan who had elected to bat first, Zazai came up with wonderful innings that took only 42 balls to hit the fastest T20 century. It was not just remarkable for getting the T20 fastest century by an Afghan player, but Zazai also went on to hit 162 runs. This helped Afghanistan post a remarkable tally of 278/3 in their 20 overs. In response, Ireland mustered only 194 runs to help Afghanistan get a victory by 84 runs. Liam Livingstone is one of the most powerful strikers in the modern game. The batting all-rounder bats at a crucial spot in the middle order for England. Livingstone possesses the ability to muscle the ball with absolute ease. The right-hander displayed a piece of his T20 brilliance against Pakistan with a 42-ball century earlier this year.

Chasing a mammoth target of 233 runs, England was off to a flyer with a blistering start. Coming in at No.5, the Lancashire batsman registered a three-digit score for himself but failed to help his team cross the finishing line. Albeit in a losing cause, it was an inning that announced his arrival on the big stage.

Playing for Scotland, HG Munsey has emerged as a force to reckon with. The top-order batsman showcased his optimum skills against the Netherlands in a tri-nation tournament played at the Dublin cricket stadium in 2019. Batting first, Munsey opened the innings for Scotland and tore the opposition bowling attack into pieces.

His lethal innings of 127 runs which came off 56 balls played a pivotal role in setting a massive target of 252 runs at the expense of three wickets. His inning was laced up with five 4s and 14 sixes. Courtesy of his 41-ball century, Munsey easily acquires a place in this list of fastest centuries in T20 international cricket.

Shaheryar Butt is one of the finest and most dynamic batsmen in the world. He represents the Belgium cricket team and has played a major role in raising the standard of cricket in the country as a skipper. Butt showed his match-winning skills against the Czech Republic in 2020. He managed to reach the 100-run landmark in a mere 41 balls. The all-rounder came in at No.6 as the top order collapsed miserably against the opposition bowling unit. 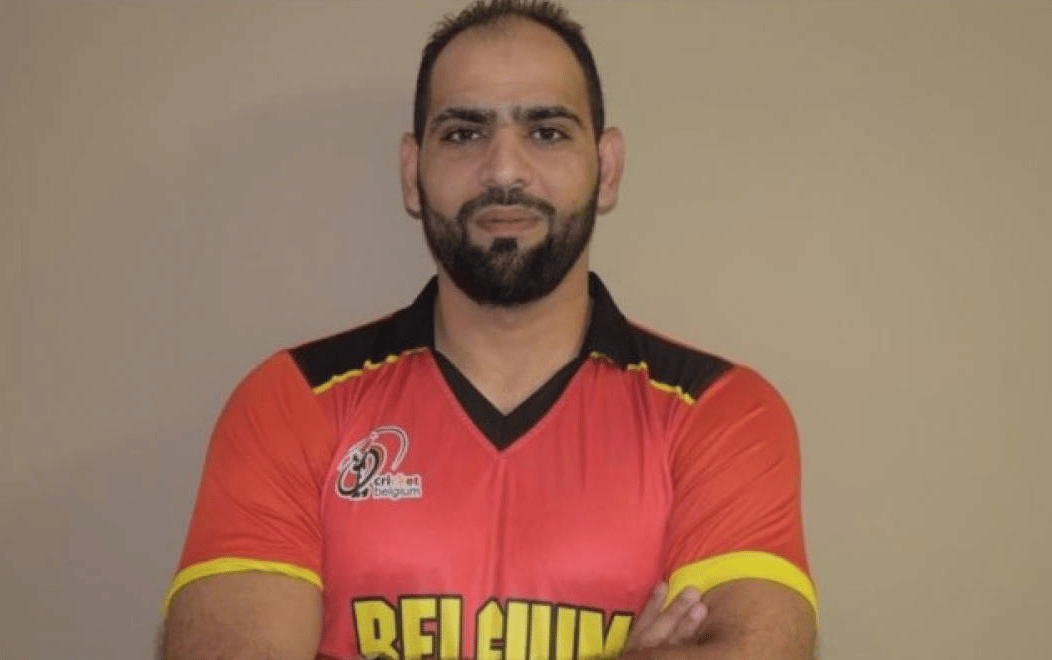 Converting an adversary into an opportunity, he played his innings responsibly soaking the pressure brilliantly. He went on to score 125 runs off 50 balls. His innings comprised 11 fours and 9 sixes which helped the team to post the target of 198 runs. Hence, Belgium went on to register a solid victory in the T20I match. His tantalizing century helped the team to seal the match in their favour. Hence, Butt proved his mettle in the T20 format of the game which makes him share the list with some of the finest cricketers in the world.

This is another recent performance that has made it to the upper echelons of the fastest centuries in T20 history. The game between Japan and South Korea in the T20 World Cup East Asia-Pacific Qualifier deposit casino’s performance. Japan was able to set a strong target of 219 following magnificent innings from Kendel Kadowaki-Fleming. It was a captain’s knock from the player in only his early T20 games. After reaching his fastest T20 century in just 40 balls, he went on to hit 14 more runs in the next six balls to set a daunting target for South Korea. In response, South Korea could only muster 170 from their 20 overs thus giving Japan a significant victory by 48 runs.

Hungarian opener Zeeshan Kukikhel was able to comfortably see off the Austrian team with spectacular innings of 137 runs from just 49 balls in the third T20I meeting at Lower Austria in 2022. The 27-year-old came up with a tremendous response to Austrian captain Razmal Shigiwal coming up with a 95 not out in helping Austria set a target of 196 in their 20 overs. Hungary was able to reach the target with a blistering pace and they hit victory with an over to spare. As a result, this is one of the latest additions to the list of fastest centuries in T20. 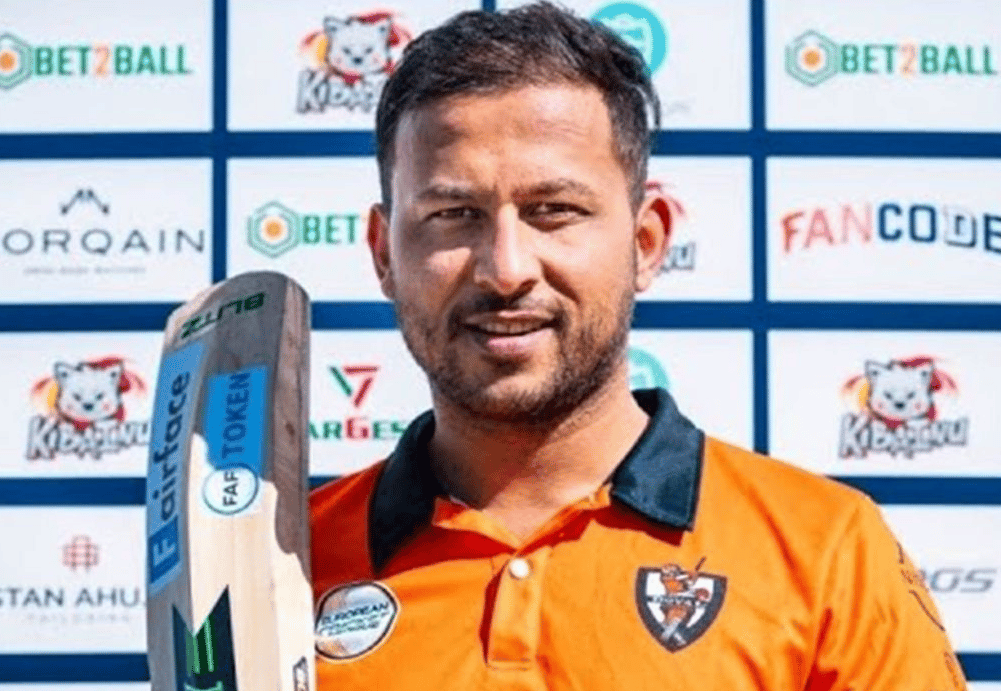 Romanian cricketer, S Periyalwar has helped the team gain prominence in world cricket. One of his greatest strengths is his ability to swing the bat with enough power to hit towering sixes. In a cricket match between Romania and Turkey in 2019 at Ilfov county cricket, Periyalwar decided to go all guns blazing on a flat track pitch.

Eventually, he breached the triple-digit figure and rescued the team from a loss against their counterparts. His century came in only with 39 balls. Having played 14 T20I for Romania, the 23-year-old has bagged 268 runs at an average of 44.66. Therefore, he finds his place in the list of fastest centuries in T20.

Sudesh Wickramasekara is an experienced veteran cricketer who embraces the modern-day format of the game. The Czech Republic-based cricketer hogged the limelight after playing an exceptional knock against the Turkish cricket team. He converted all the loose balls delivered by the Turkish bowlers into fours and sixes. Sudesh scored a scintillating century off 35 balls in this T20 fastest century. Interestingly, his hundred comprised 8 massive sixes and 11 fabulous fours. Moreover, he became the first cricketer from the Czech Republic to score a century in an International match. Therefore, Sudesh Wickramasekara is a well-deserved candidate to feature in this list of the Top 10 fastest centuries in T20 cricket.

Ace South African cricketer, David Miller has established his reputation as a T20 stalwart. Miller has been a regular for the Proteas in the limited-overs format for quite some time now. He has played his trade in a host of T20 leagues around the globe including the IPL. However, probably his best T20 innings came against Bangladesh in a home game at Potchefstroom. The Southpaw scored the then-fastest T20 century in internationals off just 35 balls. It was an exhibition of immaculate powerful hitting against a relatively inexperienced opposition attack. Miller came into bat at No.5 with the home team tottering at 78/3. He began his innings slowly and played the role of second fiddle to a set Hashim Amla. After the latter departed, Miller went all guns blazing hammering 50 runs in 23 balls. He notched the 100 run-mark in the next 12 balls to eventually end with an unbeaten 101 off just 36 deliveries.

Rohit Sharma is a prolific modern-day batsman and one of the greatest white-ball players the world has ever witnessed. Looking at his T20I records in isolation, Sharma has scored the greatest number and fastest centuries in T20 history by any player in the world. He tops the list with four international T20 centuries for India. Captaining the side against Sri Lanka in a T20I in Indore, Rohit looked set to achieve something special after the first few overs itself. He timed a couple of shots to perfection in the first few balls he faced indicating he was about to dominate the Sri Lankan attack.

In his 43-ball stay at the crease, Rohit didn't leave any part of the ground that he didn't utilize to procure runs for himself on that day. He reached his century in a mere 35 balls to equal the record for the fastest T20 century in international cricket. His innings included 12 sixes and 10 fours. He was hitting the bowlers effortlessly without any fuss. Rightfully so, Sharma acquires the top spot in the list of fastest centuries in T20 international cricket.