T20 cricket is arguably the most entertaining format of the game. The fast-paced format is appealing to the fans and attracts a lot of interest from people of all age groups. A lot of growing popularity of T20 cricket is credited to some of the greatest T20 batsmen who have adapted to this format like fish to water. In this article, we try to figure the Top-10 greatest T20 batsmen of all time with an attempt to zero in on the best T20 batsman in the world.

The introduction of the shortest format has led to the globalization of the sport. With more and more T20 leagues, it has given an opportunity to loads of players to showcase their mettle at a recognizable level.

Here's a look at the Top-10 Greatest T20 batsmen of all time:

Christoper Henry Gayle, often referred to as the six-hitting machine is arguably the best T20 batsman in the world. With over 14k runs, Gayle holds the record for most runs scored in the T20s. The Southpaw has shown his prowess across all T20 leagues around the globe. With 22 centuries in his T20 career so far, Gayle has been heads and shoulders above the rest.

Although, at 42, he might not be at the peak of his career but has already done enough to register a page for himself in the T20 history books. Talking about his T20 numbers, Gayle has played 446 T20 games and has scored a whopping 14261 runs at an average of 36.94. The Caribbean superstar also owns the record for the highest T20 individual score of 175* scored in IPL 2013. The Caribbean all-rounder Kieron Pollard is another T20 giant and a seasoned campaigner. Over the years, Pollard has earned his reputation as one of the greatest T20 finishers of all time. He also brings a lot of experience to the table with as many as 562 T20 appearances in his career so far. He has been magnificent for Mumbai Indians in the Indian Premier League as one of their biggest match-winners in the team.

Pollard's leadership skills coupled with his hard-hitting in the death overs make him a complete package in the T20 format. In the upcoming T20 World Cup 2021, Pollard will be a huge factor if West Indies are to retain their T20 title. Talking about his stats, he has scored 11174 runs from his 562 T20 appearances and the majority of the runs have come while batting in the lower order. Indian skipper Virat Kohli is an absolute superstar of the game. It would also be appropriate to say that he is one of the best batsmen in the world across all formats. Time and again, Kohli has proved his correct technique and a mere extension of shots can help can attain success even in the T20 format. In IPL 2016, Kohli was at his supreme best with as many as four centuries in a single edition.

Not only in the IPL, but Kohli has also been a consistent performer for India even in the T20Is. Currently, he holds the record for most runs in T20 internationals. In 90 games, the Delhi-born lad has scored 3159 runs at an outstanding average of over 50. Even in the IPL, Kohli is the highest run-scorer with over 6000 runs in 200 appearances for his franchise. As a result, Kohli easily finds a place in this list for the best T20 batsman of all time. The Australian pocket-size dynamo is next on the list. It would be fair to say that Warner is one of the greatest batsmen in IPL history. He's one of the most valuable overseas players in the IPL. His aggressive stroke plays and his ability to rotate the strike make him an important asset for his team. Playing for the Sunrisers Hyderabad in the IPL, he became the only player in the league to win two back-to-back orange caps which is a huge achievement.

The 34-year-old has also been one of the crucial players in the Australian T20 setup for a long time and is a key player for them. Talking about his numbers, he has scored 10017 runs from his 304 T20 games. His inventive shots and the history of making match-winning contribution sees him in this list of the greatest T20 batsmen of all time. Often called Mr. 360°, AB De Villiers walks on this list with utmost ease due to his influential T20 batting style. The Proteas star is known for his innovative shots and his ability to hit the same delivery at multiple spots in the ground. His ability to quickly adapt to conditions and situations is highly rated in the cricketing world.

Though he has now retired from international cricket, he is still showing no signs of stopping down and is an integral part of the Royal Challengers Bangalore in the IPL. The 37-year-old is yet to win any IPL or international trophy but is still considered the best T20 batsman of all time for South Africa. Talking about his T20 stats. De Villiers has played 333 games and has scored 9318 runs which include 4 centuries and 69 half-centuries in his T20 career. Rohit Sharma is one of the rare T20 batsmen who can be highly destructive with his elegant and seamless stroke-making. With four T20I centuries, the Indian opener holds the record for most centuries in the T20 internationals. Popularly known as Hitman, Sharma has shown proven his worth as a run-away match-winner on umpteenth occasions.

Be it as the leader of the ship at Mumbai Indians or as India's premier batsman, Rohit has always been at the heart of the batting for his team. He relies on his timing and tends to play longer innings, a rare capability in the shortest format. He is one of the most complete cricketers in modern times. The Mumbai player has scored 9315 runs in 350 games including six centuries and 65 half-centuries.

McCullum was known for his aggressive style across all three formats of the game. Whether it be Test cricket, ODI, or T20, he played with the same intensity and aggression. He played one of the most pivotal innings in the history of T20 cricket. In the first-ever IPL match in 2008, Brendon McCullum registered a gigantic score of 158* against Royal Challengers Bangalore at M.Chinnaswamy Stadium. It was just the kind of start that was required for a huge tournament like IPL as eventually turned out to be a momentous day in T20 cricket. It could potentially be for that solitary knock that McCullum might be rated as the best T20 batsman of all time let alone his other achievements in the game.

The New Zealand opener has won many games for his country single-handedly and has also taken the cricket in his country to new heights. His innings of 123 runs against Bangladesh is one of the highlights of his career. McCullum has retired from all formats of the game and is currently the head coach of his former IPL team Kolkata Knight Riders (KKR). Andre Russell is synonymous with strength and muscle power. He's one of the few players in the game who has achieved success in T20 cricket owing to his strong built. His ability both with the bat and ball is just unmatchable. Russell relies a lot on his hard-hitting skills and is a dreadful sight for any bowler in the death overs. He's easily one of the most dangerous batsmen in the history of T20 cricket.

He has won games for his IPL franchise Kolkata Knight Riders (KKR) from demanding situations and has shown why he is so highly rated in this format. The Caribbean all-rounder has played a lot of T20 leagues around the world and has tons of experience. As an all-rounder, Russell has scored 6385 runs to go with his 339 wickets from his 380 T20 appearances. Australian Glenn Maxwell has proved to be a player made for the T20 format. With his instinctive batting and trust in his abilities, Maxwell loves taking the attack to the opposition. Batting in the middle order, the ‘Big Show' as he's often called as, has played some mind-boggling knocks for his national team. His worth as a T20 maniac can be estimated from his ever-increasing IPL auction price, year after year.

Though Maxwell has failed to replicate his international performances in the IPL but is still considered one of the best in business when it comes to T20 cricket. If he can add more consistency to his game, there's no doubt that Glenn Maxwell could be the best T20 batsman of all time in the upcoming future. Talking about his T20 numbers, the Australian all-rounder has scored 6907 runs from his 314 T20 appearances. Pieterson is certainly one of the best T20 batsmen to play from England. The major highlight of his career saw him play a crucial role in England's maiden T20 WC triumph in 2009.

His ability to hit the ball hard and timing it to perfection was very highly rated. It was Pietersen's willingness to play in the IPL that inspired his compatriots to feature in the league. His sudden departure from the English team led to his short T20 career but is still one of the best T20 batsmen of all time. The former England batsman has scored 5695 runs from his 200 games at an average of 33.89. 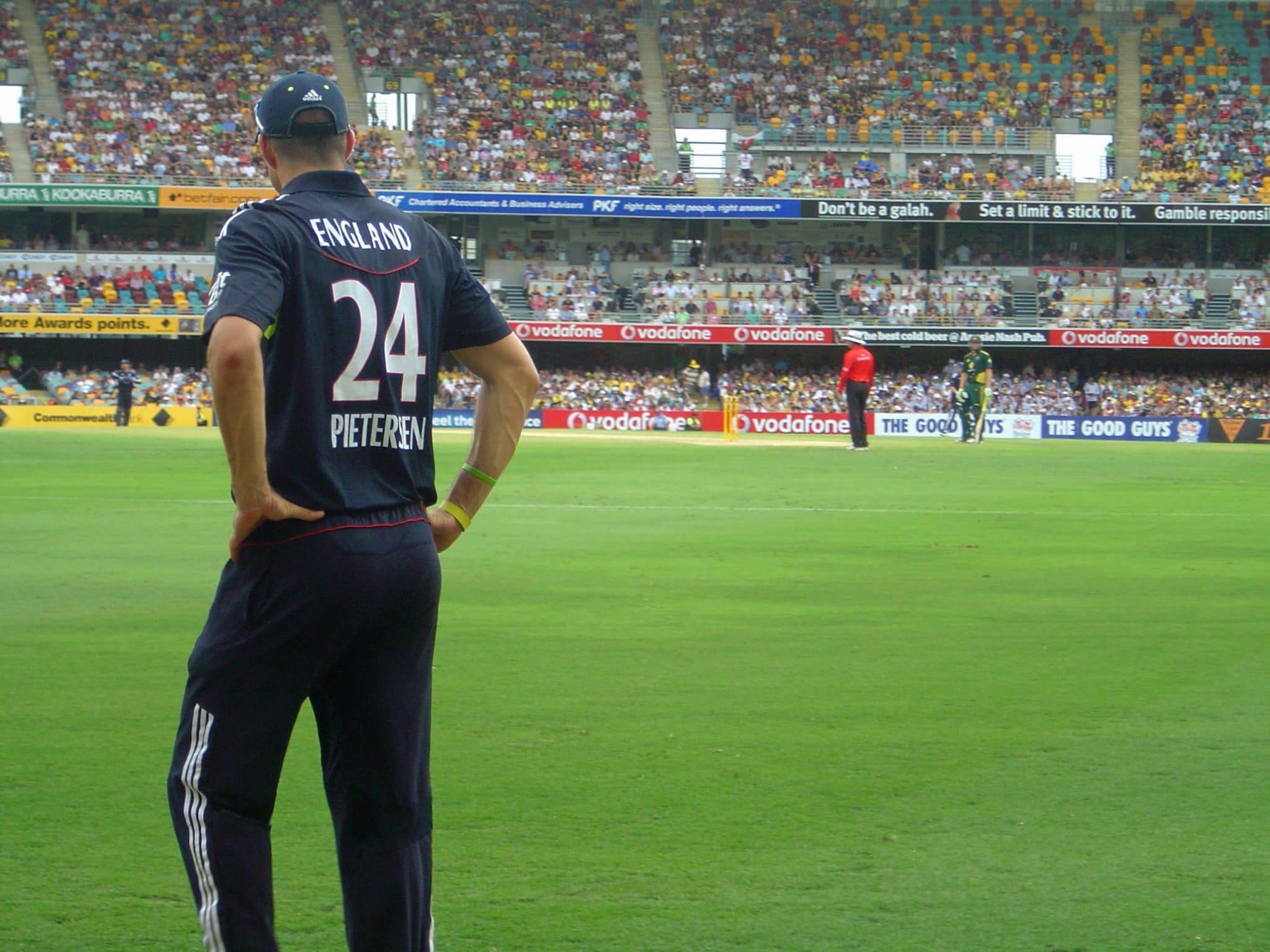