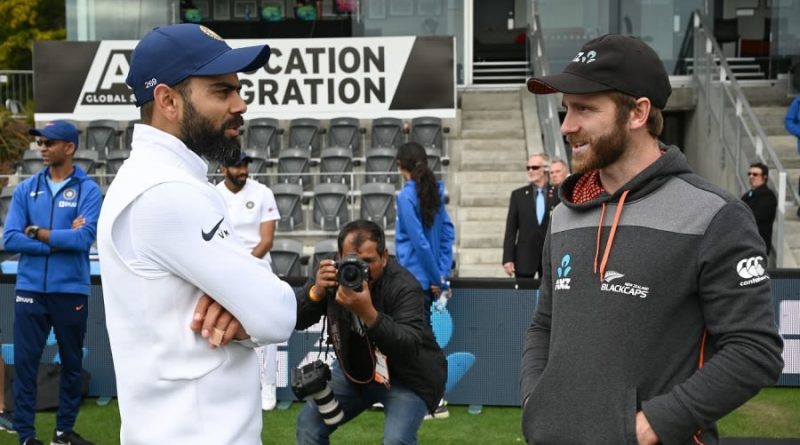 The inaugural edition of the World Test Championship will culminate with a mega final between India and New Zealand in Southampton. It will create a new dominion in red-ball cricket. Both cricketing giants have wrestled hard to reach the grand finale of WTC. Talking about their journey, it was full of struggle, and both the finalists have defeated some of the invincible teams in the Test cricket in the road to the WTC final 2021.

The IND vs NZ WTC final will be a historic battle to establish supremacy over the world Test cricket. The live cricket action for the much-anticipated clash gets underway at The Ageas Bowl in Southampton from June 18. With much on stake, both the teams would leave no stone unturned in getting the better of each other. Both Virat Kohli and Kane Williamson will aim to field their best suitable XI considering the team combination and the physical conditions.

Here’s a look at the best possible playing XIs for IND vs NZ WTC final 2021:

As soon as the IPL 2021 was postponed midway through the season, the Indian team began its preparations for the upcoming WTC final against New Zealand. However, India’s last outing against New Zealand in the two-match Test series wasn’t memorable as they faced embarrassment at the hands of Kiwis in their own backyard. But times have changed in Indian cricket, especially after a historic series win against the invincible Aussies on their 2021 tour down under.

A bunch of players putting their hand up for the team’s cause has definitely left Virat Kohli and the team management to ponder over India’s best possible playing XI for the WTC Final. The team can’t afford to experiment, especially when your opponent is formidable Kiwis. With multiple options available for each spot, the management will have to absolutely sure about who they pick based upon the form going into the final.

The duo of Rohit Sharma and Shubman Gill are likely starters in the opening slot. The trio of Cheteshwa Pujara, Virat Kohli, and Ajinkya Rahane is all but certain to take responsibility in the middle-order. Rishabh Pant’s performance could prove to be a massive difference in the context of the match. Bumrah and Shami will lead the pace attack, and the impeccable duo of Ashwin and Jadeja will handle the spin department. Here’s a look at India’s best possible playing XI for the IND vs NZ WTC Final:

New Zealand is much more content as they will find suitable home-like weather conditions in England. Further, the two Test matches against England will help them immensely in their preparation for the WTC showdown. However, the complications lie around deciding the perfect playing XI for the all-important encounter.

BlackCaps also have a robust squad with enough depth in possibly each department. Although, the biggest hurdle is selecting the optimum playing XI from a pool of talents. Among all the openers in the WTC, New Zealand’s Tom Latham has been by far the best opener, scoring difficult runs at the top of the order. He, along with Devon Conway will be the perfect opening combo for Kiwis. Conway will be high on confidence after a double ton on his Test debut against England.

The experience of Kane Williamson and Ross Taylor in the middle-order along with Henry Nicholls will largely Kiwis’ fortunes in the WTC final against India. BJ Watling will be the man behind the wickets. Considering Southampton’s pitch, which might favor spinners on days four and five, NZ might go for Ajaz Patel instead of Colin de Gradhomme. The most resourceful weapon of Kiwis is a dreadful bowling attack. The trinity of Boult, Jamieson, and Southee will pummel any batting lineup. So, they are the most credible choice for the showdown.