India will take Sri Lanka on in a three-match ODI series at home that follows the T20I series, which India went on to win with a thumping victory in the deciding game. Big guns Rohit Sharma, Virat Kohli, KL Rahul and Shreyas Iyer return for the ODI series after missing the T20Is. However India will be without Jasprit Bumrah for the ODIs with the seamer, who was added to the squad as a late addition, ruled out on the eve of the first game with BCCI wanting more time to monitor him.

Prediction: India to win the match at 1.24 odds.

With the big players returning for this series, India are favourites to beat Sri Lanka despite the neighbours showing remarkable fight in the T20I series. With Rohit, KL Rahul and Kohli back, India's batting top-order gets a considerable boost and it could mean problems for Sri Lanka's bowling attack.

Sri Lanka and India play bilaterals quite often and these are familiar teams going head to head in very familiar conditions. Overall, India hold the edge in head to head ODI records, with 93 wins as against 57 losses. In the last three years, though, Sri Lanka have beaten India just once in four games.

India also have the edge at home in ODIs, and remarkably so. They have won 36 of the 51 ODIs against Sri Lanka at home, with only one ODI loss in the last 13 years! As such todays match predictions are firmly aligned India's way. They are a way better ODI team and the cricket betting tips would also tell you that backing India is more beneficial. In the cricket betting odds for today, we have India winning, the odds of which stand at 1.23. 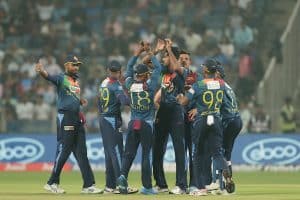 Rohit Sharma will likely be partnered by Ishan Kishan at the top for India with the middle-order starting from Virat Kohli, who will be looking to make a comeback to good form ahead of the home ODI World Cup this year.

With Rishabh Pant out of action for a while after the accident, KL Rahul will likely be joined by Shreyas Iyer and Hardik Pandya in the middle-order with Rahul himself taking the gloves. Axar will likely vie for the No.7 spot with Washington Sundar and the Player of the Series showing  in the T20Is should help him win the place.

There's likely no room for Shubman Gill with Ishan Kishan's ridiculous double ton recently and Suryakumar Yadav, fresh off a T20I ton, might also have to warm the bench with the middle-order more or less settled. Sri Lanka have a more or less similar looking ODI side to the one that they played in the T20Is. They have a solid top-order and an experienced middle-order and will aim to give the set batters more game time.

Dunith Wellalage and Pramod Madushan are two others from outside the T20I squad that could come into the XI in the first game, but that would mean a further shuffle in the batting order and bowling combinations. As such, Sri Lanka are likely to go with the settled outfit.

Wanindu Hasaranga and Maheesh Theekshana will mostly be the two spinners Sri Lanka field although Wellalage could also come in for Theekshana to bolster the batting too a bit more.

Guwahati has hosted only one ODI before when India took on West Indies in 2018. With just the second 50-overs game at the venue, the surface will be difficult to gauge and when judging todays match predictions discretion is advised.

It is worth noting that the pitch was pretty flat for that ODI and the scores were pretty high with Virat Kohli making 140 off just 107 balls. The temperature will be around 25 degree Celsius at the start of the game with it going down as the game creeps into the night. There's very less chance of rain too, making todays cricket predictions reliable that way.