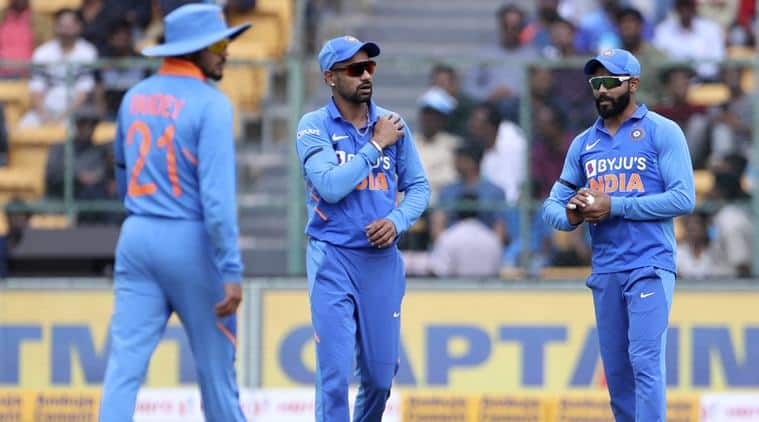 Indian opener Shikhar Dhawan has been ruled out of the upcoming T20I series vs New Zealand starting January 24. Dhawan injured his shoulder in the 3rd ODI against Australia in Bengaluru. As a result, the southpaw wasn’t even in a position to bat during India’s innings later in the match.

In the fifth over of the Australian innings, Dhawan fell awkwardly while trying to field the ball inside the 30-year circle, injuring his shoulder in the process. Soon after, the left-handed batsman was taken to the hospital for X-rays in order to diagnose the exact issue.

However, the reports weren’t encouraging enough for him to take any further part in the game. Later, Dhawan was seen with his arm in a sling in the Indian dressing room.

Shikhar recently made a return to the Indian setup after missing a lot of cricket due to his thumb injury. The opener would consider himself unlucky as this shoulder concern arrives at a time when he beginning to feel his way into the side. While it is confirmed that the southpaw will miss the five-match T20I series, a threat looms over his participation in the closely followed ODI series.

Dhawan didn’t even board the flight with other team members who left the shores on Monday evening. The selectors haven’t even named any replacement for the T20I series. There a few names in contention who might feature in place of Dhawan. The likes of Sanju Samson Suryakumar Yadav, Shubman Gill, all of whom are present along with India A squad in New Zealand, might get a call-up for the T20I series.

It will be interesting to see whether Dhawan is able to heal his shoulder in time before the ODI series or will Virat Kohli and co. will be yet again forced to change their tactics in the series. The three-match ODI series will commence from February 5 with first ODI scheduled to be played at Seddon Park in Hamilton.