The last few years have been quite fruitful for bowlers in Test cricket. While Test match batting has continued to be a major disappointment, the bowlers have exploited it to add to their wickets tally. Ajaz Patel achieved a historic feat by picking 10 wickets in an innings at Mumbai against India. While he claimed the best bowling figures in Test cricket in 2021, Patel's spell doesn't feature in our list of best spells in 2021. We take a walk back and look at some of the best bowling spells in Test cricket in 2021.

Here's a close look at some of the best bowling spells in Test cricket in 2021:

The 38-year old James Anderson registered his best bowling figures in Test in the sub-continent against Sri Lanka in 2021. Anderson, playing as a lead bowler in a three-man pace attack, went through the Sri Lankan line-up, picking six scalps for his side. The Lancashire bowlers decimated the top-order in a quick session in the first innings. 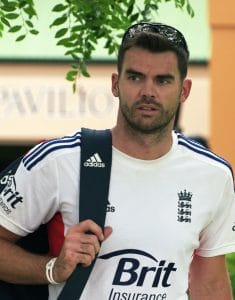 On a usual graveyard for fast bowlers, Anderson produced this piece of magic courtesy of his skills and stringent bowling. His bowling figures of 6/40 played a crucial role in visitors' sealing the match and the series 2-0.

Playing only the second Test match in his career, Axar Patel overshadowed some of India's veterans during the Pink-Ball Test at Ahmedabad. The left-arm spinner returned with a Man of the Match award for a total of 11 wickets in the match. His bowling exploits in each inning saw England batters gasping for breath. On a spin-friendly surface, he made life miserable for the batters.

Axar recorded his best bowling figures of 6/38 in the first innings. Without many variations, Patel relied on his ability to bowl consistently. Patel's spell restricted England to a paltry score of 145 and helped India wrap up the game in two days. The hosts went on to win the series 3-1 as Axar took a massive 27 wickets in his debut series.

Making his debut at a grand stage such as a Boxing Day Test, Scott Boland couldn't have asked for a perfect beginning to his Test career. The local boy was included in the Test squad ahead of the 3rd Test. Boland had a memorable outing at his home ground and bowled one of the best spells of Test cricket in 2021. 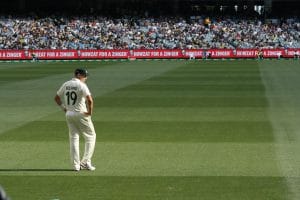 In 2nd innings, he rattled the English line-up with his bowling figures of 6/7 in a mere four overs. His inspiring spell plotted the downfall of a hopeless English batting order. Boland was awarded the Mullagh medal for his Man of the Match performance in 2021 in the Boxing Day Test. Australia went on to win the series 4-0 while the visitors were left with a lot to ponder with.

One of the world's rising stars in Test cricket, Kyle Jamieson has added strength to New Zealand's set up in the longest format. The lanky fast bowler made a remarkable start to his Test career with a fifer against India. However, he finds himself on this list for his accurate spell against India in the World Test Championship Final in 2021.

Jamieson was the wrecker-in-chief in dismissing India for a total of 217 in the first dig. The 27-year old made early inroads and kept chipping in with wickets at regular intervals in the first innings. He claimed another five-wicket haul ending with figures of 5/31. Even in the 2nd innings, his exploits played a pivotal role in bundling out India for 170. Eventually, Jamieson was Man of the match in a winning performance for the WTC 2021 winners.

Indian speedster Jasprit Bumrah bowled one of the most fearsome spells in Test Cricket in 2021. Bumrah's match-winning spell came against England in the fourth Test at The Oval. Though the wickets column might not reflect his impact on the game, his spell in the fourth innings decimated the home team.

Bumrah's figures were not only economical but also played a major hand in ending England's stubborn resistance. He accounted for the wickets of Jonny Bairstow and Ollie Pope in a space of two overs to trigger England's batting collapse. Bumrah ended with figures of 2/27 in 22 overs including nine maiden overs. India eventually won the fourth Test and claimed a 2-1 unassailable lead in the series.