The year gone by was an eventful year for Test cricket. While it began with a historic win for India in Australia, it culminated with an unassailable lead for Australia at Melbourne. 2021 saw some remarkable individual performances – both with bat and ball. Joe Root dominated the year with the most Test runs in 2021. Root is at the peak of his power with over 1700 runs in the entire year. A couple of under-dog stories and heists in the fourth innings of a Test match grabbed the headlines for a majority of 2021 in Test cricket.

Best Batting Performances (Most Runs in Test) in 2021

Here's a look at the Top-5 batting performances in Test cricket in 2021.

In the fourth Test between India and England at The Oval, the visitors were on the backfoot at the end of 2nd innings. With a lead of 99 runs in the first dig, England had a real opportunity to drive home the advantage. However, Team India openers had other plans, especially Rohit Sharma. The duo of KL Rahul and Sharma came out all guns blazing and stitched an 83-run partnership to kickstart proceedings for India in their 2nd innings.

Rohit played a crucial knock in the context of the match. He took his time and pounced on every run-scoring opportunity that came his way. He was watchful and kept the scoreboard ticking. It was a calculative inning from the Indian opener as he scaled to his maiden overseas Test century. Sharma scored 127 off just 256 deliveries to set up a huge fourth innings chase for the hosts. He was awarded the Man of the match for his decisive innings in the game.

Kyle Mayers played one of the knocks of his life in his debut Test itself against a strong Bangladesh on their home soil. He was the chief architect in West Indies' pulling off a fourth-innings heist at Chattogram. Chasing 395 runs to win, Mayers registered his maiden Test double century to script a historic win for the visitors. He stitched a 216-run stand with Nkrumah Bonner to set the foundation for the highest fourth Innings run-chase in Asia.

In his unbeaten knock of 210, the Southpaw hit 20 fours and 7 sixes. He became only the sixth batter in history to register a double century in the fourth innings of a Test match. Courtesy of his innings, West Indies recorded the sixth-highest successful fourth Innings run-chase in the history of Test cricket.

This was one of the best innings by a debutant at Lord's. Devon Conway announced his arrival in the Test arena with a spectacular century against England at their home. Opening the innings, Conway looked flawless with the bat. Batters at the other end were struggling to get going but Conway held one end firmly. His innings of 200 included 22 fours and 1 six. He became the only second Kiwi cricketer to score a double ton on debut in Test cricket.

Joe Root carried the English batting throughout 2021. It was his brilliant form that provided the much-needed runs for England in the year gone by. While it was a tough year of Test cricket for the English side, Root upped his game to score most Test runs in 2021. It all started majorly his double century against India in the first Test at Chennai. 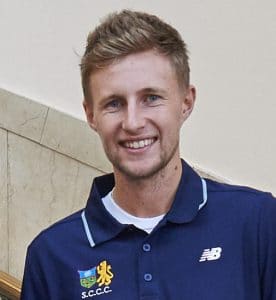 Walking in at No.4, Root smacked his highest Test score against India. He scored 218 runs off 377 balls including 19 fours and two sixes on a placid Chepauk track in the first Test. He peeled off runs at will and frustrated the Indian attack. Root ended with the most runs in the Test match and helped his side claim an emphatic win over the hosts.

Arguably the best individual Test batting performance in 2021 came from the willow of Rishabh Pant. The Indian wicket-keeper had a topsy-turvy year where he faced a lot of backlashes but was even highly praised for his exploits against Australia. Pant played a brave inning in the fourth innings of the Gabba Test. Chasing 328 runs to win on the final day, India were steadily in pursuit of the target with Shubman Gill and Cheteshwar Pujara on the crease. However, a win was far-fetched as India didn't show any urgency to chase down the total until Pant arrived at the crease.

Rishabh continued his form from the Sydney Test and moved through the gears rather quickly. He played each ball on merit and denied Australians every ounce of opportunity during his stay at the crease. He not only guided India home in the fourth Test but also ensured that the visitors won the series 2-1. Pant's knock of unbeaten 89 in 138 balls will surely go down as one of the bravest innings in Test cricket.

Rohit Sharma scored the most runs in Test in 2021 for India. Rohit ended with 906 runs in 21 innings including two centuries.

3. What is the most runs in Test scored in a  calendar year?

1788 – The most Test runs scored in a calendar year. Mohammad Yousuf achieved this feat in 2005.