The year 2008 marked the inception of the Indian Premier League which completely transformed the game of cricket. Innumerable questions were raised on the predictability of the success of the T20 league back in the day. The cash-rich league has reached newer heights with IPL viewership that continues to set higher standards every year.

In the last decade, the brand value of IPL teams has increased manifolds majorly due to the league's growing popularity and the stars' frenzy and following.

Over the years, the IPL has witnessed plenty of changes. Many new teams became part of the showpiece event and a few were dropped due to various reasons. But the brand value of IPL teams has seen a constant rise over the years. In 2022, IPL brand value was estimated at a whopping Rs 35950.53 crore. The fact that the two new teams added ahead of IPL 2022 was sold at Rs 7,090 crore and Rs 5,625 crore, gives a sense of IPL success in the last 14 years.

On that note, let us assess the brand value of IPL teams in a sequential manner. 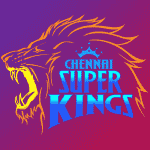 Gujarat won the very first IPL they participated in with some excellent performance throughout the tournament. They were ranked first in the points table after group games with ten wins in 14 games and were the best team in the tournament by a landslide. With some clutch players, specialist bowlers and batsmen led by all-rounder Hardik Pandya, IPL 2022 quickly turned into its own backyard.

The franchise was sold at a whooping Rs 5,625 crore (US$700 million). The brand value of the team is the lowest among all its peers in 2022 with Rs. 6,797 crores ($850 million) but with the talent they possess and their performance in the field it will rise very quickly. They have the potential to be one of the best teams for the next three years which will significantly increase their valuation.

Punjab Kings has failed to get their hands on the trophy as yet. The franchise did come close in IPL 2014 but was stunned by a superior KKR franchise in the IPL. In this year's IPL, Punjab finished sixth with seven wins in fourteen. However, the likes of Virender Sehwag, Yuvraj Singh, Adam Gilchrist, KL Rahul, and Chris Gayle have been part of the Punjab franchise in the last few years. Talking about the brand value of Punjab Kings, it has slumped by 11% in 2020. Punjab Kings is now valued at INR 7,397 Cr in 2022.

Sunrisers Hyderabad emerged victorious in the 9th edition of the cash-rich league in 2017. The Orange army comprised the likes of David Warner and Kane Williamson. The star-studded boasts of a significant fan base, especially due to their prime cricketers who displayed an aggressive brand of cricket.

As the quality of the game improved and fans started believing in the potential of the team, the Hyderabad-based team rose to significance. Unfortunately, due to the performances on the field, the orange army has registered a sharp decline in their IPL brand value which stands at INR 7,757 Cr in 2022.

Under the leadership of Shane Warne, Rajasthan Royals created history by claiming the inaugural IPL edition in 2008. Although the team is yet to add another silverware to the cabinet, the team has seen the likes of Ben Stokes, Shane Watson, and Yusuf Pathan playing for them. The team came very close to winning the title in 2022 reaching the finals and giving a tough fight to eventual champions Gujarat Titans.

The current IPL brand value for RR stands at INR 7800 Cr as per Duff and Phelps IPL Brand valuation report 2022. It is expected to rise rapidly with a majority of budding talent expected to join the team ahead of the upcoming IPL edition as they have shown in the 2022 edition. Therefore, Rajasthan Royals will look to stamp their authority in the next three-year cycle.

Faf Du Plessis-led Royal Challengers Bangalore has been an underachiever ever since the inception of the IPL in 2008. Although the team has comprised the likes of world-class batsmen and bowlers, it lacked the quality to win crucial matches. The odds had been very strong against the red army.

Due to some poor performances, the captaincy was removed from Virat and was given to Faf Du Plessis in IPL 2022. He was not able to get them beyond the first eliminator. Interestingly, the fan base has been rising steadily across the world. Hence, RCB finds itself in the sixth position and is valued at INR 8,197 Cr. It is expected that the brand value will rise if they grab the trophy in the coming edition of the game.

One of the most consistent performers in the last few seasons of the IPL, the IPL trophy has eluded Delhi Capitals for the longest time. The Delhi team finished fifth in the group stage with two points adrift of the knockout places.

The team features the right balance of youngsters and experienced cricketers. Hence, the Delhi-based franchise is highly likely to land on the podium in the coming seasons. Speaking about the IPL brand value of Delhi Capitals, it was valued at a startling INR 8,277 Cr in 2022. The data has been sourced from the Duff and Phelps IPL Brand valuation report.

Lucknow played its first IPL in 2022 when it was purchased at 7,090 crores. The first season saw them finishing in the top four and going till the second last game of the tournament. KL Rahul's lead team finished third in the points table with nine wins to show for their effort.

The Uttar Pradesh-based side had a good balance of batsmen and bowlers who are expected to perform with the same consistency as their first campaign. The team is currently valued at Rs. 8,596 Cr in 2022 and it is expected to rise rapidly following their first successful campaign in the tournament.

The gold and purple outfit have crossed the winning mark twice in their stint in IPL now. The team is co-owned by the most famous Bollywood actor Shah Rukh Khan. Kolkata Knight Riders enjoy a decent fan base across the country. KKR failed to win the trophy in the 14th edition of the IPL in 2021. It lost to Chennai Super Kings in the final match of the IPL.

In the latest edition, they finished in the seventh position. Speaking about the IPL brand of KKR, it is valued at INR 8,796 Cr as of 2022. As the players continue to perform well, the market value of the team is all set to grow enormously. Hence, KKR takes the third position in this list of top ten teams in terms of IPL brand value.

Chennai Super Kings is one of the most successful teams as far as consistency and championship title are concerned. The MS Dhoni-led yellow brigade has finished in the top 4 of the points table most number of times. Hence, the yellow army has four prestigious trophies in its much-decorated cabinet.

The team did not qualify for the knockout phase only twice in the history of the competition. One such case was in 2022 when the yellow army finished second last in ten team tournament. With the world's best players donning the yellow jerseys, CSK has placed itself in the hearts of every citizen of Tamil Nadu and beyond. Currently, CSK is valued at INR 9,196 Cr in 2022.

Mumbai Indians have emerged as the indisputable leader of the Indian Premier League. The team is owned by one of the world's richest businessmen Mukesh Ambani. Since the start of the IPL, Mumbai has stamped its authority in the game. Later, Rohit Sharma took forward the reigns as the skipper of the blue outfit. Therefore, MI has won as many as five trophies in the 15 editions of the IPL. Pinning its position at the top, MI has an IPL brand value of INR 10,396 crores.

2022 was a bad year for the blue fans with MI finishing at the bottom of the points table. Despite the performance on the pitch, MI is the only team to feature at the first position as the highest valued team in the Duff and Phelps IPL Brand valuation report for six consecutive years. Thus, MI will continue to rise as it inducts the right variety of young budding talent from the grassroots.