Once again, a clinical bowling effort from the bowlers brought triumph to Afghanistan. The Netherlands batters wrapped under 200 despite Scott Edwards’ second half-century of the series. The defeat means the Netherlands have lost this series 0-2 to the home team.

This article will focus on the next game of this series: Afghanistan vs Netherlands 3rd ODI Prediction, which will take place in the same venue this Sunday. Except for a few players, the Dutch team looked no match to the conditions-friendly Afghani unit. The Afghani spinners have been phenomenal in this series, which has been a vital difference between the teams.

Two wins in two games for Afghanistan have given them the much needed ODI Super League points along with the series win. However, the Netherlands will be playing for the pride as a consolation win in the final game could give their young side a much-needed confidence boost.

Where to Watch: FanCode app

Pitch Report: The West End Park International Cricket Stadium contributes a wicket that's neutral to both departments. There will be an equal amount of chances for both batsmen and bowlers. Spinners will play a significant role when the pitch turns slow in the middle overs.

In the last game, Afghanistan’s middle-order has come alive, with the top-order shining yet again with their opener Rahmanullah Gurbaz hitting a responsible century. In addition, the spinners and the left-arm pacer Fareed Ahmad were brilliant with the ball, keeping the Netherlands batting unit under the required run-rate throughout the game. As the third ODI is a dead rubber, we might see a few debutant Afghani cricketers playing their first ODI.

The only hope of the Netherlands side was the form of their wicket keeper-cum-opening batsman, Scott Edwards. He took the team forward single-handedly in the last game, and when he went out as the fourth-wicket for 147 runs, there was nothing more for the Dutch side in the chase. Earlier, Fred Klaassen striked early in the Afghanistan innings picked up the wicket of Usman Ghani in the very first ball he faced. However, the contributions from the top and middle-order batsmen made the Afghan victory unstoppable. 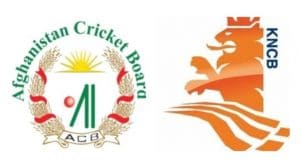 Find the odds for the online cricket bettors for the third ODI match between Afghanistan and Netherlands:

AFG vs NED Head to Head

In the four ODI series, these two teams have played against each other, this is the second time the Afghanistan side has won the tournament since both teams’ international arrival. Two series have ended in draws (1-1).