It is that time of the year; the reputable boxing day Test of the ongoing Ashes series will start on the day after Christmas in Melbourne. MCG, known for its enormity, becomes the venue for yet another biggie.

Win here will earn the Aussies, the Ashes trophy, which they have been holding up since 2017. The third Test between the home team, Australia, and the tourists, England, will start on December 26th, 2022, at 10.30 AM local time. The Indian viewers can enjoy the game from 5.00 AM IST.

This article will have details on Aus vs Eng 3rd Test Match Prediction, Team News, Dream11 Prediction, and Betting Tips.

Australia won their first game under Pat Cummins, and Steve Smith led the team to the win in the second game at Adelaide in the absence of Cummins. With Pat Cummins returning to the third, their bowling will get a boost up, even though the new arrivals Jhye Richardson and Michael Nesser were great in the previous game. The back-to-back victories must have given the Aussies the much-needed confidence, and they will be keen to complete a mini-sweep in this game.

On the flip side, after the losses in the first two meets, England will desperately look for a change in fortunes. Their major problem: More reliances on Joe Root and David Malan, with other batters not clicking well. Also, the selection has been a menace for the visiting team. They looked a bit bothered after the first Test loss, made drastic changes to their line-up in the second, which ended up adding more worries. With the trophy in consideration, it is a mandate for the English batters and bowlers to click together in Melbourne. 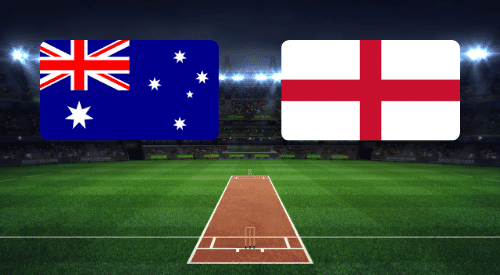 Once again, the Aussies will be without the service of Josh Hazlewood, who is out with a side strain. The Australian side has also confirmed the debut of pace bowler, Scott Boland in place of Jhye Richardson, a five-wicket-haul picker in the last game, who will miss this game due to a minor leg injury. Pat Cummins' return will see Michael Nesser sitting out, a forced change.

With the team on the right path, Marcus Harris, at the top, is likely to get another chance to prove his mettle in his home ground.

Resting Mark Wood in the last game did backfire as the team lacked a speedster with the Pink cherry in action. England has announced their team on Christmas eve, making four changes.

Here are the odds for the online cricket bettors concerning the third Ashes Test:

AUS vs ENG Head to head

In the last 12 Tests, these two teams have played against each other in the longest format, Australia ended up winning 8 times and England, only twice. Two games have ended in a draw.

Check out the Dream11 fantasy team line-up for the 3rd Ashes Test that is to be played between Australia and England.

Nathan Lyon's ability to bowl long spells and pick up wickets will make him an easy pick along with the fresh Pat Cummins, returning after missing the second Test.

It is a close call between Mitchell Starc and Cameron Green, but the latter's place as a top-six batter in the team makes him a potential pick to your fantasy side.

Melbourne might see more runs than the previous two games, thereby banking on two in-form batters as the captain and vice-captain options is a smart choice.

It has to be Australia that will start the game as favorites. The home team's bowling has been in top form, not allowing the English batters to dominate or build harmful partnerships.

On the other side, England could see Jos Buttler's one-person show in Adelaide as a positive sign to provide a fightback in this game. Even though there's a lot to fight back for the English, they should take it one match at a time and step forward. Still, it will be a home side's game to lose.

Joe Root, the English captain, needs another 159 runs to create a new world record in the longest format. While doing so, he will overtake Mohammad Yousuf's record for the most Test runs in a calendar year. He is currently at the 4th position with a mighty Test total of 1630 in 2021.

James Anderson's quest for 100 Test catches continues. He will become the second bowler with 500+ wickets to complete 100 catches after Shane Warne if he can hold on to a single catch in this contest.