After a drawn Test series, can India make England pay for winning the fifth Test match in the limited over series?

India played quality cricket in the one-off Test, but England outplayed their betting in the second innings, chasing down 378 runs. Jonny Bairstow and Joe Root made things happen for the English team in Edgbaston.

This article will have match details, IND vs ENG predictions, and Dream11 tips. Everything is on the limited over series now. The T20I series will commence on July 7 at 10:30 PM IST. Both England and India will be looking to try out their combinations for the T20 World Cup 2022.

The management of both teams has changed. Brendon McCullum has taken over as head coach for England, and Rahul Dravid has been appointed to coach team India. After the retirement of Eoin Morgan, England named Jos Buttler as the white-ball captain. On the other hand, Rohit Sharma has taken over as captain of the Indian team.

Rohit Sharma, who tested positive just before the Edgbaston Test, has recovered and tested negative. He is now available for all the six white-ball games.

BCCI has named two squads for the T20I series, one for the first T20I who played against Ireland and one for the remaining two T20 matches just to give some rest to the red ball regulars.

India has faced England on 19 occasions and has won 10 of them, whereas England has won nine. But in this series, England has the advantage of playing in familiar conditions. Also, India hasn’t won a single game out of the eight they have played at this venue. So, this is going to be a challenging one for Rohit and the company. 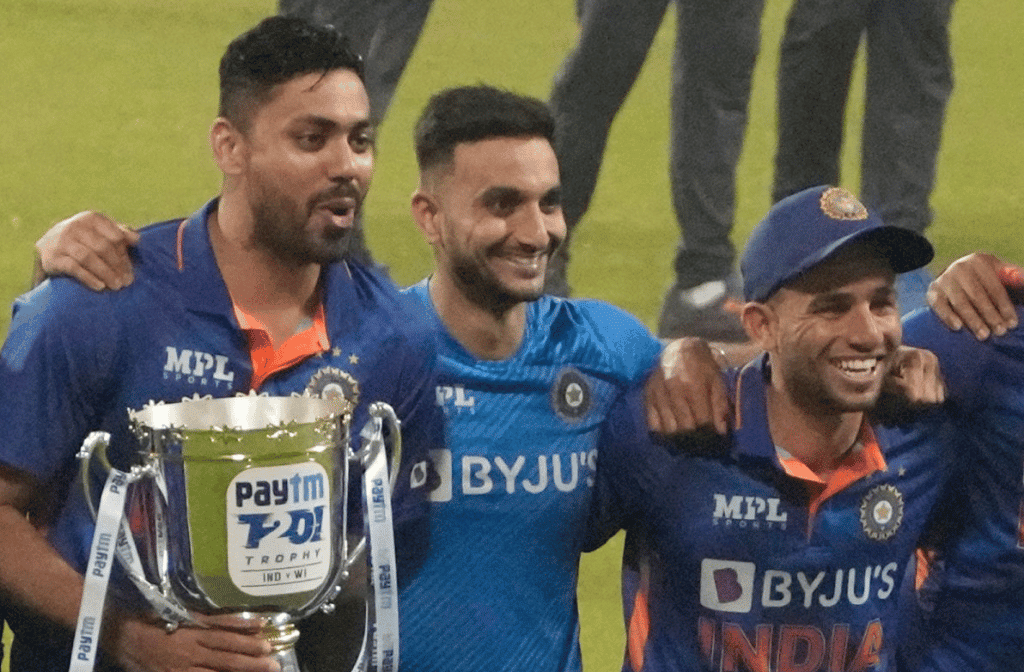 Let’s look at the possible XI of both the teams:

The pitch of Southampton always had a bit of grip for the spinners. Considering the last few games, the par score appears to be more than 160. The team who has won the toss has preferred to bat first.

In the previous match at this venue, England defended 180 and bowled out to Sri Lanka for just 91. Winning the toss always gives an upper hand to the team in the T20 matches. You can start betting on the IND vs ENG matches with Bet365-Mobile, and get our guide with Bet365 cricket betting. But if you want more options, remember to check out our best online cricket betting sites. The top picks for your Dream XI Fantasy Teams are:

Jos Buttler has been in magnificent form. He has had a great IPL and was the orange cap winner. He has been great against the Netherlands, scoring 162 and 86 in the first and third ODI, respectively. I don't have a reason for why he should not be the captain.

Deepak Hooda has shown what he is capable of against Ireland. His scores were 47* and 104 in the two-match series. No other player can be a better choice for a vice-captain than Hooda.

Looking at the current forms of both the teams, this series is going to be an exciting one. Rohit will play after a long while and will guide the youngsters in the first T20I.

Jos Buttler seems to be an ideal choice for captaining the English team, as we have seen him guiding Sanju Samson in IPL. So, gear up fans for this thriller of a contest with new captains taking their teams forward.