Ravi Shastri is the current head coach of the Indian cricket team. He has had enough highs and lows during his tenure as India head coach with the senior Men's team. Shastri was appointed to this prestigious job after India's loss against Pakistan in the Champions Trophy Final 2017. Amidst the fallout between skipper Virat Kohli and head coach Anil Kumble, Ravi replaced the latter to partner Kohli at the helm of Indian cricket.

Looking at his first two years as the head coach, India secured ODI series wins in Australia, New Zealand, and South Africa. Under Shastri, India registered their first-ever series win on Australian soil in 71 years in 2018-19. The ‘Men in Blue' even reached the Semi-Final of the ICC Cricket World Cup 2019 before bowing out against the Kiwis in a close contest. Post the World Cup, Shastri even received a two-year extension to his contract until the T20 World Cup 2021.

However, India's failure to win any global ICC event in the last four years has seen Shastri some under the firing line. Despite finishing as the table-toppers in the WTC 2019-21, India failed to go past New Zealand in the WTC final 2021. In all likelihood, another disappointment in the upcoming T20 WC might see curtains on Shastri's tenure as the India cricket head coach.

In this article, we are going discuss five cricketers who can replace Ravi Shastri as a Head Coach of the Indian Cricket Team:

Despite some of the most prestigious jobs in the Indian cricket system, the former Indian captain chose to mentor youngsters from a very basic level. In the past few years, a lot of Indian youngsters have credited Dravid's role in their success from the U19 level to the senior men's team. The Bangalore player has forged a great understanding with some of the future stars of Indian cricket.

Even during India's Tour of Sri Lanka 2021, BCCI chose to rope in Dravid as the head coach with a largely young Indian squad in the absence of the senior players. Post the T20 World Cup 2021, Rahul Dravid might potentially succeed Ravi Shastri as the head coach of the Indian cricket team.

Former New Zealand cricketer and coach Mike Hesson will be another strong contender for the position of Head Coach of the Indian Cricket Team. Hesson had a successful career as the head coach for New Zealand between 2012 and 2018. Under him, the Kiwis played their first ICC Cricket World Cup Final in 2015.

Mike also headed the Punjab Kings in IPL 2019 but he resigned from his position due to his interest in becoming the coach of the Indian Cricket Team. However, while Shastri was retained post the WC 2019, Hesson couldn't earn a job with the Indian team. Currently, the 46-year old is the Director of the Cricket operations at Virat Kohli's Royal Challengers Bangalore in the IPL. 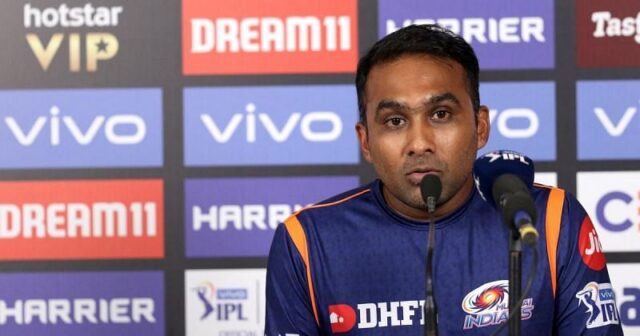 Mahela Jayawardene is the head coach of the most successful IPL franchise in Mumbai Indians. The former Sri Lankan cricketer had a very successful international career before he hung his boots as one of the legends of Sri Lankan cricket. He has played a significant role in guiding MI to three out of five IPL titles.

Jayawardene has often backed the young Indian players including the likes of Hardik Pandya, Jasprit Bumrah, and Krunal Pandya. The 43-year-old has good knowledge of Indian cricket having spent time with several Indian cricketers at the Mumbai camp. It will be interesting to see if his man-management and game-reading skills impress BCCI’s top-brass officials to make the cut as the India head coach.

The former Australia cricketer Tom Moody is among the most respected coaches across the globe. He has a fair knowledge about Indian cricket having been connected with IPL franchises over the years and is experienced in handling big names. Sunrisers Hyderabad has delivered a consistent performance under Moody over the years.

Tom Moody also assisted Sri Lanka as a head coach in their successful campaign of World Cup 2007 where the Lankans played the Final against Australia. His recent success and experience as a head coach make him one of the best candidates to replace Ravi Shastri in the Indian Cricket Team management.

Robin Singh is another good contender for the post of Indian Cricket Team's Head Coach. The former Indian cricketer has been busy in various coaching roles across the globe. He first coached the India under-19 team, then the National-A side. From 2007 to 2009, Robin was part of the Indian team coach staff.

Robin Singh has also coached Hong Kong and the United States. Apart from guiding Mumbai Indians, Robin has been in charge of franchises in Sri Lanka and Bangladesh. Robin Singh has good knowledge of coaching and his ability to bring the best from the players can make him eligible for a head coach position of the Indian Cricket Team.

Q1: Who is the Indian Cricket team coach?

Ans: Ravi Shastri is the head coach of the Indian cricket team in 2021. However, Shastri's contract expires after the T20 World Cup 2021.

Q2: What is the salary of the Indian cricket team coach?

Ans: The coach of the Indian cricket team is paid a salary ranging between ₹9.5 crore to ₹10 crores by the BCCI.