There is nothing more special for a batsman in cricket than scoring lots of runs for your country and helping in its success. The cheery on the top comes if the player clears the three-figure mark which is both a personal achievement and a contribution to the country's score.

With the arrival of the T20 cricket and training and diet improvement, the scoring rates have increased many folds and the players are scoring centuries in ridiculously lesser balls compared to previous generations.

In this article, we will look at the top 10 fastest century in ODI cricket. 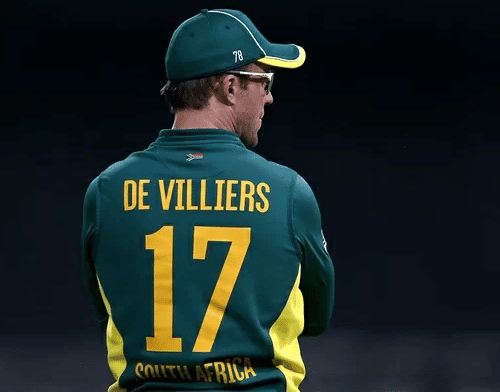 This great batsman from South Africa holds the prestigious record of scoring the fastest century in ODI. He scored in just 31 balls against the West Indies in the second ODI in Johannesburg, which helped Proteas reach a total of 439/2. The team later went on to win the game by 148 runs.

AB de Villiers' innings comprised sixteen sixes and nine fours which were enough to knock the wind out of West Indians. He went on to score 149 runs off only 44 balls. The second fastest century in ODI also came against West Indies and it was scored by Corey Anderson on new year's day in 2014. He smashed the Windies bowlers all over the park and scored 100 runs in just 36 balls.

New Zealand went on to win the game by 159 runs. Anderson was not out in the innings with a total of 131 runs off 47 balls scoring 14 sixes and 6 fours in the process. Shahid ‘Boom Boom' Afridi announced his arrival on the Internation Cricket scene in 1996 by scoring the fastest century in ODI at that time in just 37 balls. It was his second One Day International and he later went on to achieve great success with Pakistan but this achievement is one for the history books.

Sri Lanka was on receiving end of his eccentric batting performance. Afridi smashed 11 sixes which was rare in that era and helped his team win the game by 82 runs with his all-around performance. One of the key members of the South African golden generation, the wicket-keeper batsman Mark Boucher scored a quick hundred in just 44 balls. He came in when the stage was set by the openers for a grand finish and his innings comprising of 8 fours and 10 sixes provided exactly that.

He went on to score 147 runs in 68 deliveries which helped South Africa post a mammoth total of 418 runs. Chasing this huge total, Zimbabwe lost the game by 171 runs. Brain Lara has held multiple records in all formats of the game be it test cricket or ODIs. Many know him for his record of scoring 400 runs in a test match few know his quickfire century in just 45 balls against Bangladesh in 1999.

He was supported by Shivnarine Chanderpaul when all others were not able to spend significant time at the crease. His century is the fifth fastest century in ODI. He contributed with his bowling too in the same game taking 2 wickets and giving away just 12 runs in the process. He helped the team to post a total of 314 runs which West Indies went on to defend and win the game by 109 runs.

Afridi never stopped and made consistent runs throughout his elongated career and nothing would have satisfied him more than scoring a 45-ball century against arch-rivals India. He scored while chasing the target of 250 runs and his innings crushed any hopes of India winning the game and the series.

His century came at the time when the Pakistan vs India rivalry was at its peak in the summer of 2005. He scored 9 sixes and 10 fours in the innings which lead to his team winning the game and the tournament. This game between New Zealand and West Indies is talked about extensively in the context of Corey Anderson scoring the fastest century in ODI at that time but the Legacy and individual record of Jesse Ryder are not talked about enough.

He set up the platform with his century in just 46 balls for the hard-hitting strikers like Corey. He scored 5 sixes and 12 fours to achieve this feat with a strike rate of 203. He along with Corey disrupted the line and length of the West Indies bowlers on new year's eve. The modern-day legend of English Cricket, Jos Buttler came to bat when England needed some stability in the middle order after some quick wickets on top. Not only did he provide the stability, but he also took the game from Pakistan by scoring one of the fastest centuries in ODI in just 46 balls in 2015.

Soring at the strike rate of with 8 sixes and 10 fours this English batsman helped the team reach a total of 355 runs in fifty overs. Due to his brilliant effort, he was awarded man of the match and man of the series. Playing in the first match of the Singer Cup in Singapore, the left-handed legend of Sri Lankan cricket, Sanath Jayasuriya disrupted the Pakistani bowling attack with his 48-ball hundred and hence adding his name to the long list of greats scoring the fastest centuries in ODI.

Jayasuriya scored eleven sixes and fours to achieve this feat and helped Sri Lanka win the game by 34 runs against Asian giants Pakistan. The last entry to the list of fastest centuries in ODI comes from a cricketing minnow, Ireland. Kevin O'Brien with Ireland pulled off one of the greatest upsets of modern cricket by winning against England in the 2011 world cup held in India.

He made history on the world stage with this century and it was a quick one. He remained calm and composed when the wickets were tumbling around him and scored at his own pace. He smashed all the English bowlers and hit 13 fours and 6 sixes. Though Ireland did not progress beyond the first round they would cherish this innings by Kevin O'Brien against England.