Mumbai Indians (MI) vs Kolkata Knight Riders (KKR) is by far one of the most anticipated rivalries in the Indian Premier League (IPL). The MI vs KKR head to head rivalry in IPL is nothing new to cricket fans. Five-time winners Mumbai Indians and two-time winners Kolkata Knight Riders have always been super competitive and have relentlessly faced each other in seasons of IPL. There haven’t been quite dramatic ends to their fixtures, but the game's outcome is unpredictable until the very end. The two cities have legends in the face of Sourav Ganguly & Sachin Tendulkar who have laid the foundation of the rivalry between the two teams today. Talking about the MI vs KKR head to head stats in the IPL, Mumbai Indians have dominated the Knight riders with 22 wins off 31 games played so far.

Here’s a closer look at the MI vs KKR head to head IPL records, stats, and history:

Mumbai Indians have been highly dominant against KKR over the years, and here are the KKR vs MI head to head stats that will tell you about what the record stands as of today.

Mumbai Indians have had a spectacular run against the Kolkata Knight Riders and the head to head MI vs KKR stats speak for themselves. With a win percentage of about 71%, MI have completely ruled out KKR from ever being dominant against the five-time winners of the coveted trophy. The table below shows the list of 31 encounters between the two sides and the outcomes the teams faced over the years.

This is written proof that Mumbai Indians have been on the much better side, however, KKR has been gaining a lot of confidence. As per the KKR vs MI head to head stats, the last three clashes have been won by the Kolkata Knight Riders and they're finally gaining some advantage over the most successful IPL franchise.

In this highly advanced generation of cricketing action, the introduction of IPL brought a revolutionary change in the field of cricket. From playing the straight drive to seeing the Dil scoop to the helicopter shoot, the sport has massively evolved in the shorter format. Rivalries between MI and KKR have produced some outstanding performances with the bat and given fans the worth of their money.

Mentioned below are the top performers with the bat in the MI vs KKR head to head. Mumbai Indians skipper Rohit Sharma has a separate love and hate relationship with KKR. He has scored a blistering knock of 109* and scores of 98* and 84* that have kept him way clear on the top. He loves batting against the Knight Riders and has proved it over the years.

As the batters developed exceptional skill work to toss the ball out of the park behind the stumps, there was no room for length bowling. Bowlers developed variation and strategic bowling to outfox the batsman and the rivalries in IPL have seen plenty of such moments. MI vs KKR head to head encounters has always been a joy to watch and here are some of the top wicket-takers of their fixtures over the years. Jasprit Bumrah is inching closer to the top spot and with his pace and variation, it’s only a matter of a few games to dethrone the spinner from the Caribbean.

Best matches between KKR and MI in IPL

The Mumbai Indians were undoubtedly the best side against Kolkata Knight Riders back in 2020, beating the latter in both their encounters. However, the teams had a heated rivalry in IPL 2021. Mumbai Indians ended fifth overall while the Knight Riders were runners-up. In the two games they played against one another, MI won the first one by 10 runs while Riders emerged victorious in the second, where they won by 7 wickets.

Although, 2022 brought in plenty of joy for KKR as they won on both occasions and added insult to injury to the year where everything went wrong for MI. MI vs KKR head to head has been nothing short of entertainment and with that being said, let's look at the top 3 matches between MI and KKR.

Of all Kkr vs MI head to head in the IPL tournaments, we have decided to go with the ones mentioned below. These matches will give you a hint of what may come next.

May 9, 2018 (Match 41) – The match took place at Eden Gardens with the fixture being the last game of 2018 between the two. Victory went MI’s way who clinched a staggering 102-run win margin. It was Ishan Kishan whose fabulous innings pushed MI past the 200-run mark. In reply, KKR shattered like a stack of dominos and handed MI the biggest winning margin in the MI vs KKR rivalry.

April 28, 2019 (Match 47) – Another encounter that took place at Eden Gardens and this time victory was in favour of the home team. KKR won the match by 34 runs and posted a record of 232 with the bat. It was a memorable win for the hosts, their first over MI since 2015. Andre Rusell was the star of the show for his marvellous 40-ball 80. 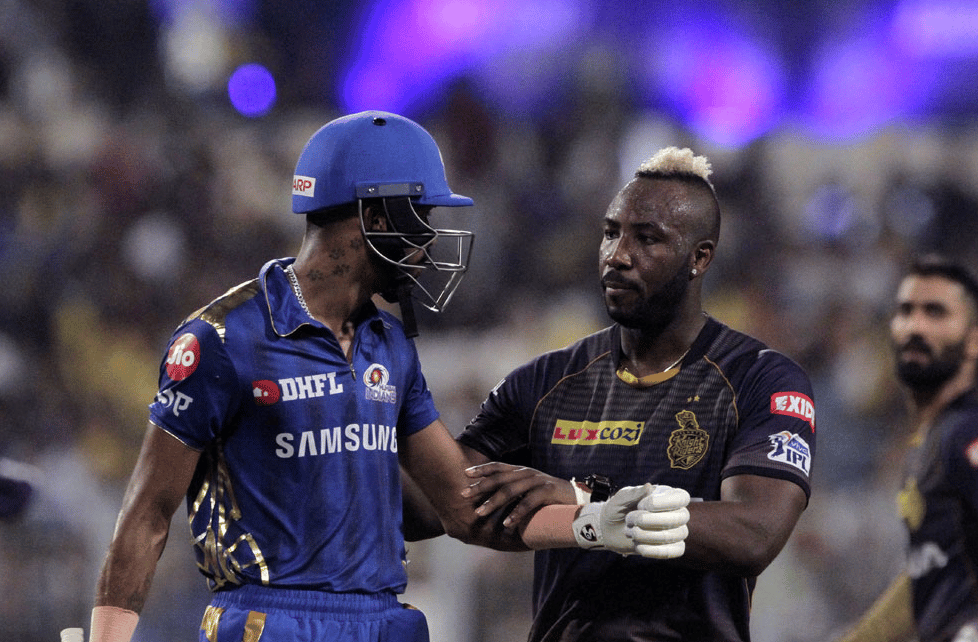 Last but not least is the MI vs KKR head to head stats.

May 9, 2022 (Match 14) – It was the beginning stages of the tournament and the Riders were all set to give Mumbai Indians a taste of their own medicine. KKR won the match by 5 wickets despite their top-order collapse. After Suryakumar Yadav saved the day for MI with his 36-ball 52, KKR had 162 to chase. Patt Cummins walked in and smashed a 15-ball unbeaten 56 to give his side an unimaginable win. KKR were ferocious and went on to win the second match against the former.

All-in-all, MI vs KKR head to head rivalry may not be the most dramatic but it always leaves you with doubt. There’s no predictable winner and with every player being a match-winner, it is always a delightful match-up for cricket fans across India. We hope the head to head MI vs KKR stats were helpful and helped you understand the rivalry better.