India vs Pakistan India to Win

Bangaldesh vs Afghanistan Bangladesh to Win

Asia Cup is a prestigious tournament held every two years but this time tournament is being held after four years due to the pandemic in 2020-21. Six teams are competing for the title. The five teams are India, Pakistan, Sri Lanka, Bangladesh, and Afghanistan. The sixth team will be decided based on the Qualifier being played in Oman.

The six teams are divided into two groups that will play round-robin games with each other. The top two teams of the group will qualify for the top four and will play another round-robin game among themselves before the top two teams play in the finals. In this article, we will discuss how the countries have shaped up along with Asia cup cricket odds and predictions for the tournament.

The defending champions India are favorites to win the tournament with Asia Cup 2022 cricket odds of 1.70. They have won the last two Asia Cup tournaments and will be looking to complete a hattrick of cup victories. India's last ICC cup tournament saw them eliminated in the first round itself. India won only three of their five games in the world cup and the victories came against Afghanistan, Namibia, and Scotland.

India has bounced back since its elimination from the T20 world cup and has not lost any T20 bilateral series against West Indies, New Zealand, England, Ireland and Sri Lanka. They have lost only on four occasions out of 24 games since the T20 World Cup 2021. The team is on a brilliant run of form and has shown consistency in all departments. India has specialists in all areas and looks like a very dangerous side going into the Asia cup 2022. Rohit shama is leading the team in Asia Cup cricket 2022 after being appointed as captain succeeding the 2021 World cup. IPL has helped India in producing top talents. With two big tournaments being played in a span of three months, the players have to give their absolute best on the field. The top pacers Jasprit Bumrah and Harshal Patel have been ruled out due to injury which will be a major blow to India's pace attack. On the batting front, Virat Kohli and KL Rahul are back in the team which will cause nightmares for opposition bowlers.

India is in group A in Asia Cup 2022 along with Pakistan and another team is to be chosen from the qualifiers. They will kick off their tournament with a high-profile game against their arch-rivals Pakistan on 28th August. Asia cup cricket odds expect India to win this tie with odds of 1.53. India will play their second game on 31st August against the Asia Cup 2022 qualified nation. India is the favorite team to qualify from the group as group leaders.

Pakistan has won Asia Cup twice in its history. They won the title in 2000 and 2012. Pakistan is the second preferred choice of the punters with Asia cup cricket odds of 2.70. Pakistan had an unreal World Cup in 2021 where they went to the semifinals before getting eliminated by Australia. They even beat India in the world cup which was the first occurrence in the history of these two nations.

Pakistan has not featured in a lot of T20 games since the world cup. They played in just two series of three games each against Bangladesh and the West Indies. They won both series with a scoreline of 3-0. They also played a single T20 game against Australia which they lost. The track record of Pakistan in T20 is very admirable but they have not played a lot of top teams recently. Babar Azam is leading the men in green in the Asia Cup 2022. He is the highest scorer for Pakistan in the T20s and will be looking to add to that legacy. Babar is the top batsman in the T20 world ranking currently and along with third-ranked Mohammad Rizwan, they will be the focal point of Pakistan's batting. Pakistan ace bowler Shaheen Shah Afridi is ruled out of the tournament and it will dampen their chances by a huge margin. Due to this injury, Rizwan and Naseem Shah have to step up their game to repair this big hole in the Pakistani pace attack.

Pakistan will play their first game against India in which they have 2.50 odds of winning according to Asia cup cricket odds. Pakistan is a good team to bet on as they have played some intelligent cricket in recent years. They are second favorites and users can double their money if they bet on men in green. Pakistan's second game will be against the Asia cup qualified team on 2nd September 2022.

Sri Lanka registered only three wins in the previously concluded World cup. They were not able to get out of the Super 12 stage in the tournament. Since then, Sri Lanka has played only two T20 series one against Australia and the other against India. They lost both series. One big uplifting T20 win was against Australia at Melbourne Cricket Ground. Sri Lanka is led by Dasun Shanaka who has some exceptional players at his disposal. Wanindu Hasaranga and Mahesh Theekshana feature among the best bowlers in the T20 circuit and they will be very tough to navigate for the opposition. Hasaranga was the second-best bowler in IPL and his deliveries were often unreadable. With the bat, Dimuth Karunaratne will be leading the charge for Sri Lanka. Sri Lanka has a decent mix of hitters and attacking bowlers in their ranks.

Sri Lanka is in group B of the Asia Cup 2022 with Bangladesh and Afghanistan. They are favorites to top the group. Sri Lanka will be starting their tournament against Afghanistan on 27th August before meeting Bangladesh on 1st September. Their main moment was beating Australia in their backyard this year and they will be looking for more such moments in this tournament.

Bangladesh came close to winning the Asia Cup thrice but could not get over the line even once. They are the finalist of the previous two Asia Cups and lost to eventual champions India. The Bengal tigers have 5.60 Asia cup cricket odds going into the tournament according to the betting market.

Bangladesh's form has taken a bad turn since the T20 world cup. They have played in eight T20 games and have won only two. They lost a T20 series to Zimbabwe as well which shows how much they have fallen from their peak. Winning consistently will be a huge ask for this Bangladeshi side going into the tournament. 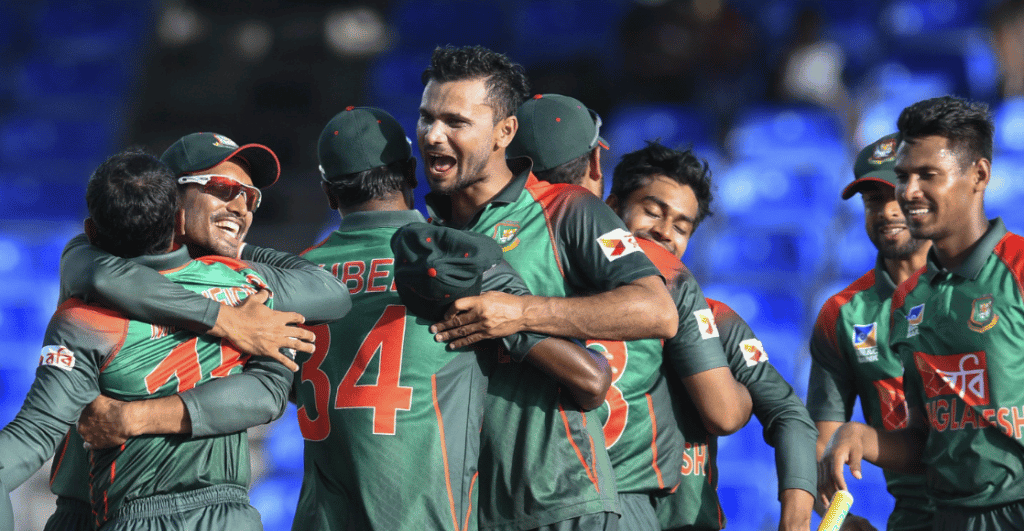 Bangladeshi veteran and all-rounder Shakib Al Hasan will be leading the team in Asia Cup 2022. They have some good players in their squad like Hussain, Mustafizur, and Nasum but the lack of cohesiveness caused their downfall in the recent series. Bangladesh has improved in white-ball cricket since 2021 due to the influx of young and hungry players.

Bangladesh is expected to at least reach the super four stage of the tournament along with Sri Lanka from their group. After that, they will become underdogs in the tournament. They definitely have the talent to win against the inexperienced Sri Lankan side and top the group. The Bengal tigers can cause some huge upset in the tournament as we have seen from time to time.

Afghanistan has grown leaps and bounds in world cricket in recent years. With some talented players on the Afghan side, the team is no longer considered a minnow. The huge transformation sees Afghanistan with 7.50 Asia cup cricket odds for the tournament. They have the ability and talent to upset any of the biggest sides in world cricket on their day.

Afghanistan has won 8 out of 11 T20 series and has lost only one which shows the progress of the team. The aggressive bowling lineup led by Rashid Khan and Mujeeb-ur-Rahman is bound to cause issues against any opposition. Rashid is ranked 5th best bowler in T20 cricket at the moment. Afghanistan is led by Mohammad Nabi who is the best all-rounder according to the world rankings. Afghanistan has some powerhouses like Zadran and Nabi who can sway the odds in their favor. Afghanistan's best finish in the Asia cup came in 2018 when they reached the super four stage. They will be looking to go one step further in this tournament. 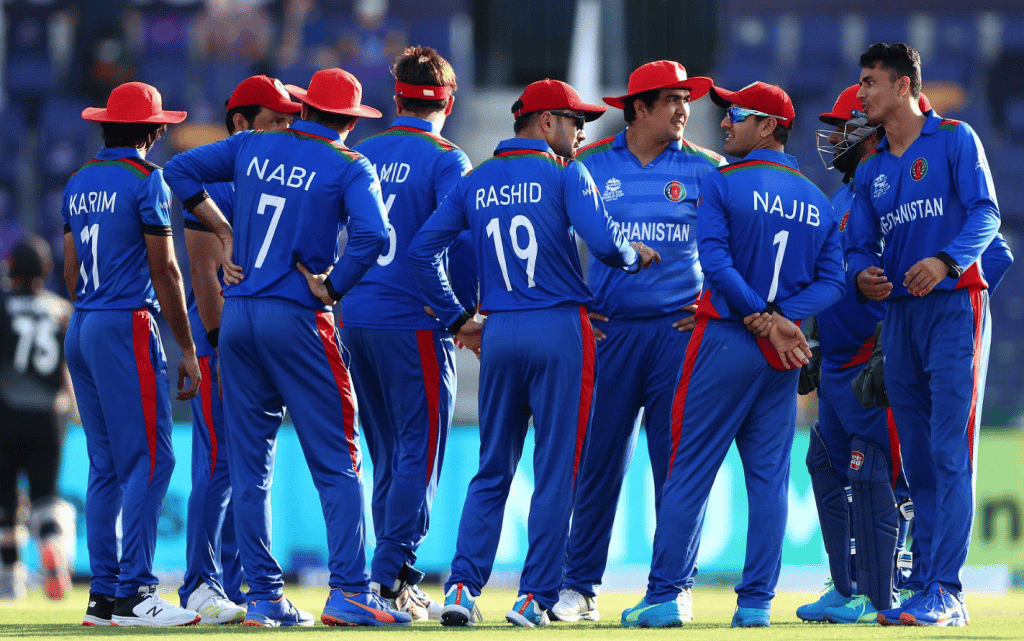 The second group is very close to calling with Afghanistan in the mix. They can definitely qualify for the next round from this group and have the capability of causing a great upset. With four out of five T20 series wins in this calendar year, Afghanistan is the favorite underdog team for this year's tournament.

India, Pakistan, and Sri Lanka are the top contenders for the Super 4 stage of the tournament. Afghanistan or Bangladesh look the most likely to join them. Super fours will be a six-match stage and the top two teams from this stage will meet in the finals of Asia Cup 2022. We are backing an India vs Pakistan finals to end the tournament as they are the best two teams. We can see mouth-watering clashes between India and Pakistan thrice in the tournament which will please the fans. India is the favorite team to win the tournament for the eighth time. Keep your eyes open for some brilliant cricket and unexpected results.