This is a preview of the Super 12 give between Australia and South Africa. The match will take place on 23rd October, 2021. The start of this match will be at 3:30 p.m. IST and the Sheikh Zayed Stadium in Abu Dhabi. Australia will be looking to repeat their achievements of 2010 when the team reached the finals, while South Africa are aiming for the first final appearance.

Australia are hopeful of a successful T20 World Cup unlike some of the recent tours. There are a lot of inconsistencies in the Australian setup that will provide hope for South Africa, who are also plagued by the same problem. This makes the Australia vs South Africa match prediction quite tricky with both teams not too far apart in terms of their ability to come out successful in this first Super 12 match. 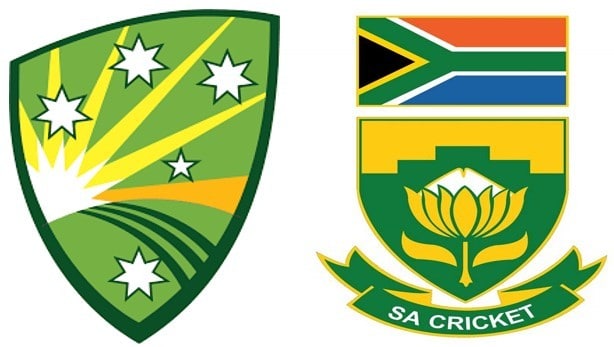 It is more than a decade since Australia reached the final of the T20 World Cup 2021. After a disappointing Bangladesh tour just ahead of the IPL, Australia will be concerned about the batting department. The team did not overcome the spin friendly conditions in Bangladesh, but the problem may not be so much in UAE, as per this Australia vs South Africa prediction.

South Africa might have done well in the recent Sri Lanka series, but consistency has been a major problem for the Proteas. Many of the top players have not been able to provide consistently good performances that are essential to win big tournaments.

Australia vs South Africa head to head record reveals a game that has been predominantly dominated by South Africa with two victories compared to 9 achieved by Australia. Still, Australia are not too far from setting this record straight with a couple of victories that would move them level with South Africa.

The batting line-up of Australia is likely to benefit from the pitch at the Sheikh Zayed Stadium. The ground has seen some big scores during the IPL 2021. Even though the length of the boundaries is quite high, Australia to have some big hitters like Marcus Stoinis and Steve Smith to make the difference.

Steve Smith will be keen on making the most of the attractive pitch, which should be good enough for batting. He has recently been through a decent run of form in the latest T20 matches. Australia’s batting line-up should be able to form a decent partnership to help Smith make the most of the pitch.

Pat Cummins is likely to show some initial rustiness, but he will be able to get back to his best on a rather than later. It was not long ago that Cummins was picking up a lot of wickets in the IPL 2021. The Australia vs South Africa match prediction is expected to witness a decent tally of wickets from Cummins.