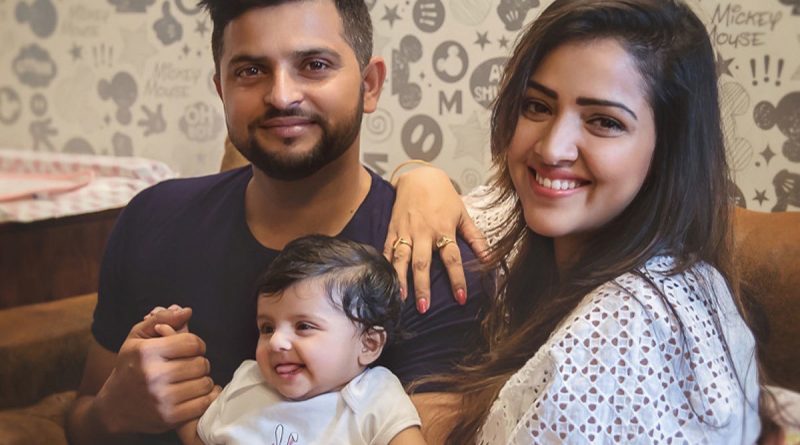 The couple of Suresh Raina and her wife Priyanka Chaudhary is one of the most active couples among their fans on various social media platforms. After marrying in 2015, the two of them have been spotted a lot of times endorsing social causes while working closely with their own foundation. Raina, who wasn’t a regular feature of the Indian cricket team before announcing his retirement in 2020, still continues to be a major figure in the IPL. In the past few years, Raina’s wife, Priyanka, has also been seen cheering for her husband at various Chennai Super Kings (CSK) matches during the IPL in India.

Suresh Raina’s wife, Priyanka Chaudhary, (born June 18, 1986) aged 34, is an Entrepreneur and a social worker. She did her graduation in Engineering from the KIET Group of Institutions. Later, Priyanka moved to the Netherlands to pursue a job in the banking sector. However, ever since her marriage with Raina in 2015, she has taken up social work with the GRF foundation, founded upon the birth of their daughter.

What Does Priyanka Chaudhary do?

Priyanka Chaudhary, after marrying Suresh Raina in April 2015, is a full-time mother, and an Entrepreneur working actively with GRF foundation, Gracia Raina Foundation, which caters to spreading awareness among women in enabling them to make informed choices about their health. In 2017, Priyanka, along with her husband, also founded MAATE, a brand dealing with the production of natural bally wellness products. Suresh Raina’s wife heads both these initiatives whilst embracing parenthood along with her husband.

How did Suresh Raina know his wife Priyank Chaudhary?

Suresh Raina and Priyanka have been childhood friends after being born in the same locality in Uttar Pradesh’s Ghaziabad. However, the two of them lost contact after Priyanka’s family moved to Punjab. Later, she shifted abroad to the Netherlands due to her job. It was around 2014 when they both regained touch before marrying in 2015.

The beginning of all things – wonder, hope, possibilities and a better world! We are proud to welcome our son & Gracia’s little brother – Rio Raina. May he flows beyond boundaries, bringing peace, renewal & prosperity to everyone’s life. pic.twitter.com/SLR9FPutdx

Suresh Raina got married to his wife Priyanka Chaudhary Raina on April 3, 2015. It was during the ICC Cricket World Cup 2015 when their marriage date was fixed. Post the World Cup 2015, Raina married Priyanka in a private affair involving close friends and relatives. In May 2016, the couple was blessed with their first child as their daughter Gracia Raina was born on May 16. In March 2020, the Raina couple saw the birth of their second child as son Rio Raina was born on March 23, 2020.