Team India is currently the powerhouse in the world of cricket. However, the seeds of this giant cricketing nation were sown as early as 1932 in the debut appearance against England. Over the years, Indian cricket has gone through various ebbs and flows from the high of the 1983 WC win to the match-fixing episode at the turn of the century. However, every time when cricket in India has faced adversity, it has found some of the greatest Indian cricketers at the forefront to revive the faith of the millions following this game.

Indian cricket legends have been instrumental in not only making the cricketing history richer but have also inspired the generations to take up this sport. It is courtesy of the efforts of such cricket legends of India that the ‘Men in Blue' are now recognized as the world-beaters. The progress of cricket in India can be attributed to some significant events but none greater than the win against West Indies at Lord's in 1983. Not only did the World Cup win give India global recognition, but also made us acknowledge some of the greatest Indian cricketers of all time who would rule the world in the times to follow.

Through this article, we make an attempt to turn back the pages and reminisce the cricket legends of India:

Vijay Samuel Hazare broke into the national team in 1946. After performing exceptionally well in the domestic circuit representing Maharashtra and various other teams, Hazare was roped into the Indian cricket team. Later, he donned the skipper's hat in his seven-year cricket career. One of the most outstanding feats included centuries in both the innings against the indomitable Kangaroos way back in 1947.

He was the fifth captain of the Indian team but is vividly remembered as the captain of India's maiden Test match win against England at Chennai in 1952. He could make a significant contribution not only with the bat but even with the ball in hand. To everyone's surprise, Australian legend Sir Donald Bradman also fell twice to his medium-pace leg cutters. With a tally of 2192 runs in 52 innings at an average of 47 to go along with 20 wickets, Hazare's stats might not sound as unreal but it was his impact during that era that makes him earn a place as one of the top legendary Indian cricketers.

Also referred to as the ‘Nawab of Nazafgarh', India's former Test opener changed how Test cricket was perceived in India. Sehwag made his for India against the arch-rivals Pakistan in 1999. Sehwag, who began as a No.7 batter for India in Test cricket, soon saw his career take a massive turn once he was promoted to open for India. After playing 11 ODIs in the middle-order, he opened the innings in the 12th match, and then there was no looking back.

He was a captain's dream at the top of the order, especially in Test cricket. With his attacking instincts, Sehwag would tear apart the bowlers and play his natural style of cricket that would assist his team in the longer run. Sehwag also boasts of three of the four highest individual scores for India in Test cricket including a highest of 319 against South Africa in 2008 at Chennai. Considering his impact during the Golden era of Indian cricket between 2001 and 2005, Sehwag can easily be counted as one of the greatest Indian cricketers of all time. 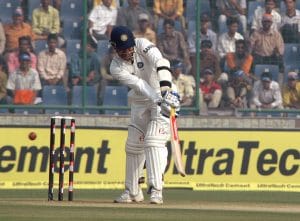 One of the most successful Indian captains of all time, and a born leader, Sourav Ganguly drew India out of one of the darkest phases of Indian cricket after the match-fixing scandal. He was one of its kind captains who promoted young talent and allowed the youngsters to blossom on the international stage. His success as an Indian cricketer was just not limited to his captaincy and was popularly called the ‘God of Off-Side' for his remarkable off-side play. Ganguly was an elegant left-hander who achieved prolonged success, especially in limited-overs cricket.

Talking about his other major feats, Sourav became the first and only cricketer to win four consecutive Man of the Match awards in ODIs against Pakistan in Toronto. Ganguly represented India in nearly 450 internationals with over 18k runs across formats. Thus, Sourav is one of the most formidable Indian cricket legends that India has witnessed over decades.

Former Indian fast bowler, Zaheer Khan is one of the greatest fast bowlers that the country has ever produced. His long run-up followed by a sheer pace had the ability to force the world-class batters on the backfoot. He spearheaded the Indian bowling attack with confidence and pride. The 14-year long career was marred by plenty of injuries but what stood out was his knack to reap dividends on his comebacks after recovery.

Zaheer grabbed the attention with a perfect yorker that dismissed the then Australian skipper Steve Waugh in the ICC Knockout Trophy 2000. He was a master at swing with the new ball and even developed great control with the reverse swing towards the later stages of his career. The left-arm pacer led India's World Cup campaign with the ball in 2011 and proved a vital force in India's successful campaign. With an astute cricket brain and the ability to fox batters at will, Zaheer Khan will always be counted one among the Top 10 legendary Indian cricketers.

Former Indian captain, Anil Kumble is revered as the greatest match-winner for India. The Karnataka-based leg-spinner made his debut for the national team against England in 1990. Despite being criticized for the lack of spin in his deliveries, Kumble always relied on his consistency to hit the perfect length as per the wicket on offer. His magical moment arrived in the 1999 Test match against Pakistan at Feroz Shah Kotla when he accounted for all the 10 Pakistani wickets in the 2nd innings to script a memorable Indian win.

Not only was he a successful Test bowler, but was equally effective in limited-overs cricket. In 271 ODIs, he picked 337 wickets with a personal best of 6/12 against West Indies in the Hero Cup Final in 1993. He retired as the third most successful bowler in Test cricket history with 619 wickets in 132 Tests. Undoubtedly, Kumble finds himself among the legendary Indian cricketers to have ever played the game. 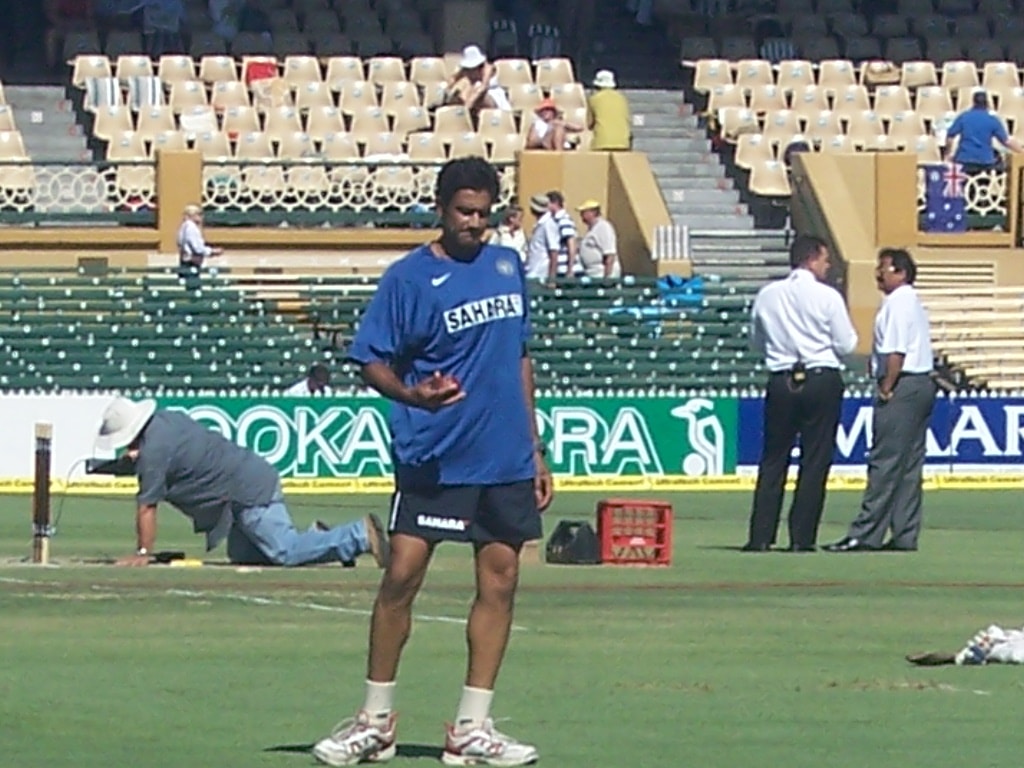 The small-town boy, Mahendra Singh Dhoni took the world by surprise on the back of his profound batting skills. He debuted for the Indian cricket team against Kenya in 2003.  Eventually, MS Dhoni broke into the 2003 World Cup squad. He holds an impeccable record of smashing most centuries at No.7. With 332 international matches as captain, Dhoni is currently the most successful captain in the history of Indian cricket.

He holds the distinctive achievement of captaining his team to wins in the 50-over World Cup, 20-over World Cup, and Champions Trophy. Throughout his playing career, Dhoni earned the reputation of the best finisher in the world with his ability to close out games through some nervy moments. In the 350 ODI matches, he has slammed 10773 runs at an average of 50.58. Therefore, it speaks volumes about his masterclass as a skipper and a batsman as well.

Often regarded as the ‘Wall', Rahul Dravid's presence as the crease gave satisfaction and relief to the millions watching across the globe. His career is characterized by umpteen upheavals but he stood upright and raised the bar of the game. In 164 Test matches, Rahul garnered 13,288 runs at an average of 52.31. One of his greatest Test knocks came in the defining Test match at Eden Gardens alongside VVS Laxman in 2001. However, Dravid scored his highest Test individual score of 270 against Pakistan in Rawalpindi.

He was always the crisis man for India. Out of his 11 Man of the Match awards, eight came in overseas tours helping his team across the line. Interestingly, his patient persona which he channelized perfectly in his innings with the bat also earned him a unique record. He has faced more than a record 31000 balls in 164 Test matches. Therefore, Dravid is one of the finest cricket legends of India.

One of the most recognized Indian cricketers, Kapil Dev has played an unparalleled role in Indian cricket. He laid the foundation stone of cricket's glory in India. The batting all-rounder played for the nation in 136 Test matches. He has slaughtered 5248 runs and collected 434 wickets before he drew curtains on his glorious cricket career.

One of his momentous innings was against Zimbabwe in the 1983 World Cup where he scored his career-best 173 runs which ensured that India remained alive in the World Cup. Eventually, India went on to cling to the trophy after defeating the West Indies in the finals at the Lords cricket stadium. The rest is history. Former Indian skipper Sunil Gavaskar ushered new dawn of hope back in the days. He was welcomed into the Indian squad in 1971. His memorable innings against West Indies in his debut series gave glimpses of what's in store for the future. The right-hander played 125 Test matches and 108 ODI matches. He batted slowly but smartly.

The Mumbai-based batsman had a great cricketing mind throughout his career. Before announcing his retirement in 1987, he smashed 10122 runs at an average of 51. Gavaskar scored as many as 13 Test hundreds against the extraordinary West Indies, a feat unequalled by any other batsmen.

Sachin Tendulkar was introduced to international cricket against the lethal Pakistan team in 1989. He cemented his position in the team after displaying his exceptional knocks against the world's best sides. His career lasted more than two decades which itself speaks volumes about his talent.

His scoring charts read a mammoth 15921 runs in 200 Test matches. In the ODIs, he has scored 18426 runs at an average of 44.83. One of the biggest highlights of his cricketing career was his double hundred against South Africa in the Gwalior cricket stadium. Classical cricketing Test book shots made Sachin one of the tallest cricket legends of India.