Iftikhar Ali Khan Pataudi, also known as the Senior Nawab of Pataudi, was born to the family of Nawabs of Pataudi in 1910. Iftikhar earned a rare distinction of representing England and India in Test match cricket. In fact, to date, Iftikhar Ali Khan is the only cricketer to play for these two nations at the highest level.

Iftikhar's cricketing journey began at the university level with Oxford University in 1928. Before joining Oxford, he was even coached at a school in India by the Oxford cricketer M. G. Slater and later spend time under the guidance of Frank Woolley. His coming off age season for Oxford came in 1931 when he accumulated 1307 runs with an average of 93. He even registered his career-best innings of unbeaten 238 against Cambridge. In 1932, he even qualified to play for Worcestershire but could barely score any runs for the county side. In six innings, senior Nawab of Pataudi registered a mere tally of 65 runs.

Senior Pataudi didn't witness a great season with Worcestershire in the limited opportunities that came his way. However, playing for Gentlemen at Lord's in July 1932, he scored an impressive inning of 165 against the Players. His amazing footwork against Tich Freeman during that innings opened the doors for Iftikhar's selection into England's Ashes squad for the winter of 1932-33.

Iftikhar Ali Khan Pataudi made his Test debut for England at the iconic Sydney Cricket Ground (SCG) in Sydney. He made a match-winning contribution with a century (102) on his Test debut, following the footsteps of Ranjitsinhji and Duleep by scoring a hundred at SCG on debut. However, he was dropped after the Melbourne as he disagreed to his Douglas Jardine's bodyline tactics during that series. He returned home even before the tour came to an end.

Senior Pataudi went back to play for the county side in 1933 and 1934 and witnessed a thumping success for Worcestershire. Eventually, he was recalled into the England squad against the touring Australian team during the English summer of 1934. He made his third and the final appearance in England colors at Trent Bridge without making any substantial contribution with the bat in either inning. 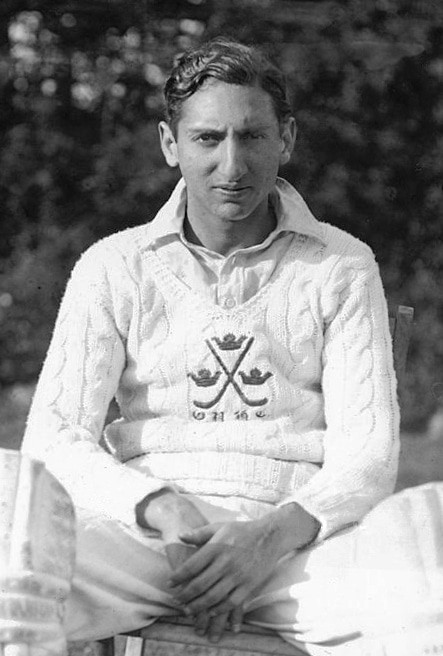 Leads India on England Tour of 1946

One of the greatest achievements for the Senior Nawab of Pataudi was that he was even considered as the captain of India in 1932. However, he withdrew his name from consideration Again in 1936, months before India's tour of England, Pataudi was announced as the Indian captain, only for him to withdraw his name citing health issues.

It was eventually in 1946 when Iftikar Ali Khan Pataudi took the field against England as the captain of India. However, it was a well-known fact that Iftikhar, at 36, was well past his prime. He did manage to turn back the pages with nearly a thousand runs on that tour including centuries against Nottinghamshire and Sussex. Despite that fact, he couldn't perform to his fullest in the Test matches, averaging a mere 11 in the three-match Test series.

He couldn't prolong his India career and played only three Tests for his home nation.

Senior Nawab of Pataudi Achievements during his cricket career:

A marquee life comes to an end

Courtesy of a heart attack on January 5, 1932, the Senior Nawab of Pataudi, bid adieu to this world. Coincidentally, it was his son – Mansur Ali Khan Pataudi's 11th birthday. Pataudi had plans to return to Worcestershire for the 1952 county season but died while playing a game of polo in India. A few years later, Iftikhar's son made his debut for India in 1961. Taking forward the legacy of his father, Mansur also became the youngster captain of India at the age of 21.