MS Dhoni and Sakshi Dhoni’s love story is nothing short of a fairy tale. From meeting at the Taj Bengal to tying the knot, they came a long way. They've seen ups and downs and happy days together and find love in each other's company. Here's what you need to know more about MS Dhoni’s wife.

The former Indian cricket team captain has had a journey like no other. From rags to riches and from seeing ups and downs daily in his life, he has had a career like no other. Standing beside him in his low and happy days has been his beloved wife, Sakshi Dhoni, formerly known as Sakshi Singh Rawat. Born on 19 November 1998, Sakshi hails from Lekhapani town in the Tinsukia District of Assam, India. Lekhapani is the place where she completed her pre-primary education from.

Following that, she found her educational interests in Dehradun where she went on to attend Welham Girls’ school and later completed her schooling at Jawahar Vidya Mandir in Ranchi. Sakshi had always been fond of learning and obtaining maximum knowledge. She also has a degree in hotel management from the Institute of Hotel Management, Aurangabad.

Before plunging into fame, the 32-year-old, as mentioned, graduated as a hotelier and briefly worked at Taj Bengal, Kolkata where she met her charming husband, Mahendra Singh Dhoni.

Sakshi Dhoni boasts a whopping 4.8 million followers on Instagram as of July 2022 and has been a pretty active user of the app. She gives daily updates to her fans about herself and her personal life and does post a lot of pictures and videos of herself, her lavish farm, animals, and baby Ziva, who is her and MSD’s daughter. Lately, she also posts pictures about her daily hustles in life and gets well support from her followers.

Being a dog lover, her Instagram is filled with pictures and videos of her pet dogs. Her bio shows the places she has traveled throughout her lifetime for studying and work and has declared herself to be #dehradungirl forever, such was her attachment to the place. She also has the link to Dhoni Entertainment PVT LTD on her bio, of which she is the CEO. What Does Sakshi Dhoni do?

Sakshi Dhoni started her career right after getting a degree in hotel management from the Institute of Hotel Management, Aurangabad. She roped in an internship in Taj Bengal, Kolkata. This is the place where she met her would-be husband and her life changed forever after that day. Sakshi Dhoni then started growing herself as an individual in many ways. She has always been known to be the helping kind and hence she now runs a foundation known as ‘Sakshi Rawat Foundation’ which helps orphans in every way possible. She also has taken interest in the business aspect of life and she currently is the CEO of Dhoni Entertainment PVT LTD, where the majority of her net worth comes from her shares in the company. This is what Sakshi Dhoni currently does. She also is an excellent cook, so she always carries an electric cooker when she accompanies her husband, MS Dhoni on his cricket tours.

Sakshi has always been a person who likes to keep her personal life to herself and always has been seen to run away from the paparazzi. The only time she has been captured on camera has been when she is at a cricket stadium or if she is attending an important event. However, there have been many interesting things to know about Sakshi’s personal life.

Sakshi Dhoni, formerly known as Sakshi Singh Rawat is the daughter of R.K. Singh, who used to work for the Kanoi Group’s ‘Binaguri Tea Company.’ Another not-so-well-known fact about her father is that he and Dhoni’s father were colleagues at MECON Limited. Her mother, Sheila Singh, is a housewife.
Another fact that people are unaware of is that the now famous actress, Anushka Sharma was Sakshi’s classmate at Lekhapani. Apart from her famous lifestyle currently, Sakshi also has a best friend named Poorna Patel, the daughter of Politician and businessman Praful Patel. Apart from being the magnificent cook that she is, she loves some tasty butter chicken and she enjoys herself some music by The Beatles, A.R. Rahman, Burno Mars, Rihana, etc.

She was also named in the match-fixing scandal after being an accomplice to Vindoo Dara Singh but eventually, her name was cleared when they couldn’t find any evidence proving her involvement. 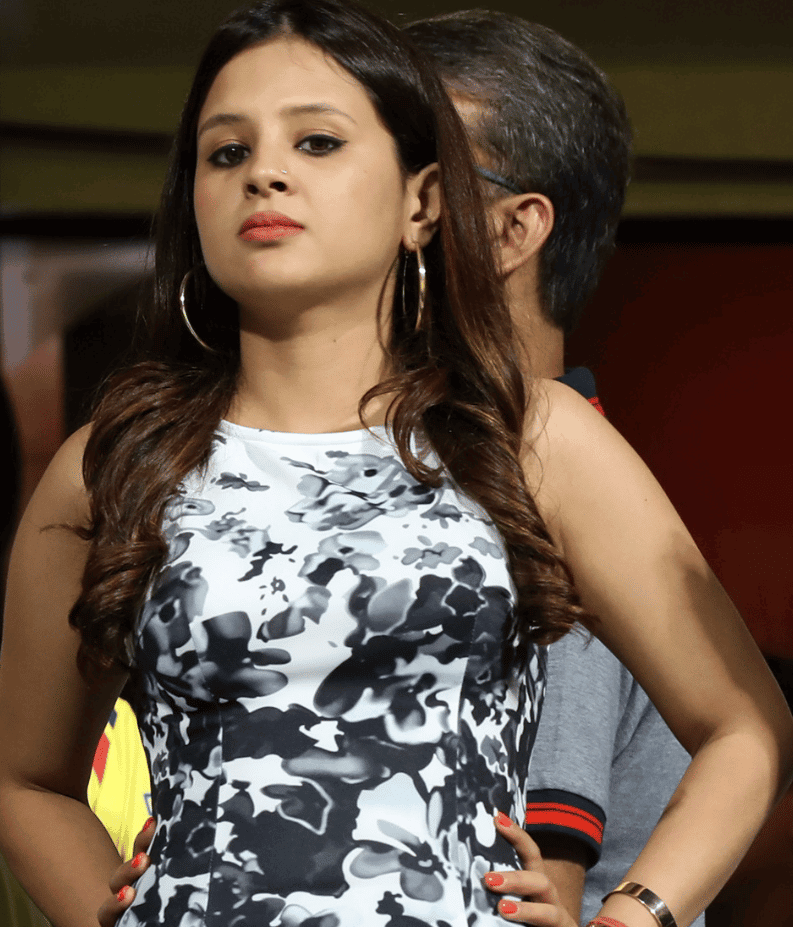 How did MS Dhoni meet Sakshi?

The story of how the former Indian captain and his then-would-be wife meet is one of a kind and nothing short of a fairy tale. After completing her studies at the Institute of Hotel Management, Aurangabad, she got herself an internship at the Taj Bengal, Kolkata where the duo eventually met, back in 2007. Who knew, destiny had some plans for these two charming people.

The ex-Indian captain was in the City of a Joy where he was about to lock horns against the Pakistan side at Eden Gardens. The sad part about their story is the two of them studied in the same school back in Ranchi but never crossed paths as she was his junior there. However, the duo ended up coming face to face and it didn’t happen as it has been depicted in the Bollywood version of MS Dhoni’s biopic.

The duo was introduced to each other by Dhoni’s manager, Yudhajit Dutta, who also happened to be a friend of Sakshi.  It was the last day of Sakshi’s interning at the hotel when Yudhajit called her and asked her to come, before introducing her to MS Dhoni and that’s how the two met.

Later, the boss of Indian cricket approached his manager for Sakshi’s number to reach out to her. She initially believed it was a silly prank pulled off by her friends only to later realize she had been receiving texts from the former Indian captain himself. Upon realizing the same, she reverted to his texts and the rest as we all now know is history. Later, in march 2008, after a string of constant conversations and dates, the duo dipped their toes into a romantic relationship.

After stepping into a romantic relationship, the duo decided the keep their relationship a secret. The couple was head over heels for one another before they decided to tie the knot in 2010. Their affair was a well-kept secret and after they thoroughly enjoyed their courtship, they decided to get married after seeking the blessing of their parents.

Dhoni waited for Sakshi to get done with her studies before he could ask her hand for marriage. Their engagement took place at ‘Hotel Competent’ in Dehradun, a place MS Dhoni’s wife adores and the wedding took place at ‘Vishranti Resort’ in Dehradun. The duo finally tied the knot on July 4, 2010. At that time, Dhoni was 28 years old, turning 29.

The ceremony was attended by very few people which mostly involved the couple's close family and friends. Some famous personalities including the likes of Farah Khan, John Abraham, Ashish Nehra, Harbhajan Singh, Sharad Pawar, Suresh Raina, etc., were also part of the reception. As for the bride’s appearance, Sakshi was wearing a beautiful red and green lehenga, designed by the ace bridal designer Sabyasachi Mukherjee.

The duo welcomed Ziva Dhoni, the youngest member of their family. As of July 2022, the little girl is 7 years old and the happy family lives together in Ranchi.