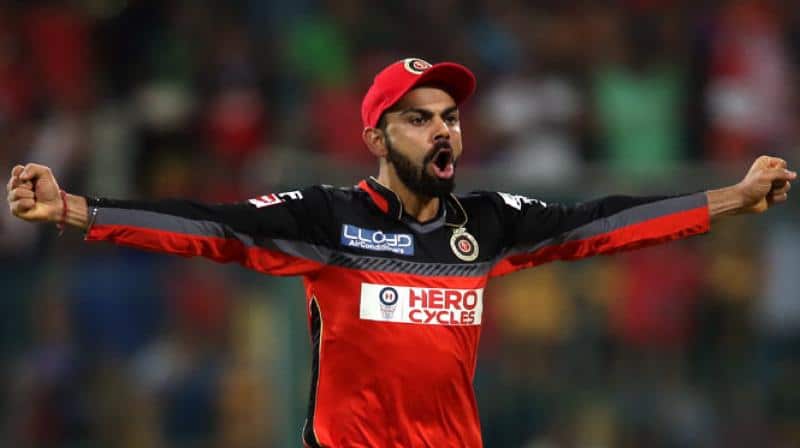 Indian Premier League (IPL) has grown by leaps and bounds since its inception in 2008. As the T20 extravaganza enters into its adolescent stage in 2021, it would not be hyperbole to say that the league has matured over the years. Over the years, the league has thrown the spotlight on players who have adversity and helped the team cross the finishing line.  Eventually, such players have managed to fetch big bucks at the IPL auction over the years since 2008.

Some of the megastars in India including the likes of MS Dhoni, Virat Kohli, Yuvraj Singh, and others, have grabbed the headlines on IPL auction days with their exorbitant price in each IPL season. It is these players who thereafter form a league of the most expensive players in the IPL history.

Most Expensive Players in each IPL Season

Note: The below list of players includes only those players who were bought at the auction table and not retained/traded.

Here, we take a look at the most expensive players at the IPL auction from each season since 2008:

Chennai Super Kings made a bold move in the inaugural IPL auction while bidding for MS Dhoni. While CSK didn’t opt for any icon player in the auction, Dhon was their marquee player and was eventually named the captain for the franchise. He was the most expensive player in the 2008 IPL auction and fetched a whopping bid of INR 6 Crores ($1.5 million).

As a batsman, Dhoni was up to the task and delivered the perfect finisher’s role for the Chennai-based franchise. He smashed  414 runs at an astounding strike rate of 133.54 in 16 matches. After experiencing a great T20 World Cup campaign as India captain in 2007, the Ranchi-born lad even led CSK to the IPL Final in 2008 but failed to cross the last hurdle against Rajasthan Royals.

The glitz and glamour in IPL 2009 persisted even when the edition was played in South Africa. The world began to look at the IPL as the marquee event with more foreign players showing their keen interest to feature in the tournament’s second edition. Interestingly, two England cricketers looted the limelight in the 2009 IPL auction on the back of some consistent performances in the limited-overs format for England.

The English compatriots, Kevin Pietersen and Andrew Flintoff ended up becoming the most expensive players of the auction. They bagged an auction price of INR 7.55 Crores ($1.55 million) as RCB got Pietersen in their ranks while Flintoff joined the CSK camp.

As the IPL entered its third edition in 2010, the frenzy around the league increased manifold with more fans wanting to catch a glimpse of this fast-paced format. In a low-key IPL auction in 2010, Kiwi paceman Shane Bond and the T20 specialist Kieron Pollard secured the most expensive auction deal in the season. Apparently, Kolkata Knight Riders got the services of Shane Bond while the West Indies’ all-rounder was picked by Mumbai Indians at an auction price of INR 3.42 Crores ($0.75 million)

Both the teams made decisive use of their recruits throughout the season. The Kiwi pacer scalped 9 wickets for KKR at an economy of 7.22 in the eight matches in IPL 2010. On the other hand, Pollard began to show signs of a long term prospect for MI as a key all-rounder in the playing XI. He claimed 15 wickets and smashed 243 runs in 14 matches.

The Delhi-born cricketer, Gautam Gambhir is known for his ability to perform under pressure situations. Be it the 2007 T20 World Cup final or the 2011 World Cup final, Gambhir always knew how to boss the big stage. He replicated his form even in the IPL when he was picked at the 2011 auction by the KKR Team owners. The former Indian opener plied his trade at the swanky price of INR 11.04 Crores ($2.4 million) and did enough justice to the expectations sought from him. He secured as many as 378 runs at an impressive average of 34.46 in 15 matches. In the next three years, Gambhir even led KKR to two IPL trophies in 2012 and 2014.

The Saurashtra-born cricketer is currently hailed as one of the finest all-rounders in International cricket. Ravindra Jadeja has worked on his skills immensely over the years. CSK, led by MS Dhoni, was quick to rope in Jadeja in IPL 2012 auction for his match-winning potential. He hogged headlines as he featured as the most expensive player in the fifth edition of the IPL edition. Priced at INR 9.72 Crores ($2 million), Jadeja authored a glorious season to his name. He registered 191 runs in the middle-order while grabbed 12 wickets in 19 matches. It was indeed this IPL season that paved way for Jadeja’s selection in all formats in the Indian team.

Australian all-rounder Glenn Maxwell, often known as ‘The Big Show’, has earned this reputation of being a T20 specialist. In the IPL 2013 auction, he fetched a bid of $1 million dollars from Mumbai Indians as one of their main recruits for the season. However, he could only manage to play three matches without making enough contribution for the franchise. His unavailability to play the entire tournament did not hinder MI from clinching the coveted silverware at the iconic Eden Gardens Stadium.

Yuvraj Singh has always been one of India’s greatest six-hitting talent. His six 6s against England in the T20 World Cup 2007 was a testimony to his skills to destroy bowling attacks at will. Ever since the inaugural edition of IPL in 2008, Yuvraj has always invoked huge interests from all the franchises.

And it was in the IPL 2014 auction, that teams went after him in a bid to acquire his services at any cost. As a result, the southpaw was sold to Royal Challengers Bangalore in a bidding war that led to an auction price of INR 14 Crores. Yuvraj was the highest-paid cricketer in IPL 2014.  Playing for RCB, he mustered 376 runs at a decent strike rate of 135 in 14 matches.

ALSO READ Records Held By RCB in the IPL

After a middling season for RCB in IPL 2014, Yuvraj was surprisingly released into the IPL auction. However, this didn’t hurt his chances in the IPL as yet again his relevancy as a T20 basher was proved in the 2015 IPL auction. After an intense bidding war at the auction table, Delhi Daredevils (now Delhi Capitals) broke the back for the all-rounder and roped him for a whopping price of INR 16 Crores. It was no surprise that it was the highest bid in the auction as Yuvraj Singh yet again ended up being the most expensive player in the IPL season.

As it panned out, it was a dismal season, both for Yuyraj and the franchise. His batting prowess wasn’t any impressive throughout the season and proved out to be a huge miss for the franchise in 2015.

Shane Watson has had a remarkable IPL career before announcing his retirement post the 2020 season. He was at his absolute best during the first few years with Rajasthan Royals, both as captain and as a player. In IPL 2016, after RR was banned, he was seen as a key overseas player in the auction. And it wasn’t a surprise that the Aussie all-rounder was the most expensive player in IPL 2016. He was sold to Royal Challengers Bangalore for an auction price of INR 9.5 Crores ($1.3 million). The all-rounder played a great role in RCB’s resurgent IPL campaign, making valuable contributions with the ball. He picked up 20 wickets and helped RCB reach the 2016 IPL Final.

English all-rounder Ben Stokes made himself available for the first time in IPL 2017 auction. It was quite reasonable that most franchises went after him as a marquee overseason all-rounder to rope in their IPL squad. He invoked enough interest in his T20 qualities based upon his performances leading up to the tenth edition of the IPL.

Eventually, Ben Stokes joined the Rising PuneSuperGiant for an incredible auction price of INR 14.5 Crores. Stokes created history as he became the most expensive overseas player in the team years of the IPL. He did a wonderful job for the RPSG helping them towards their maiden IPL final. Despite his unavailability in the IPL playoffs, he scored 316 runs and claimed 12 wickets to be named as the Most Valuable Player in IPL 2017.

In 2018, Ben Stokes was yet again in the headlines for earning INR 12.5 Crores after he was sold to Rajasthan Royals as one of the players to watch out for in the season. However, the Jaipur-based franchise couldn’t manage to go past KKR in the Eliminator. Stokes had a horror show throughout the tournament and was a huge let down for RR in 2018. He averaged a mere 16 with the bat and could only pick 8 wickets in the entire season.

Varun Chakravarthy and Jaydev Unadkat hogged all the limelight on the 2019 IPL acution date. With a variety of players available, the two of them managed to grab the most expensive deal of the 2019 auction. While Varun was picked by KXIP for INR 8.4 Crores, Unadkat joined the RR camp at the same auction price. However, it wasn’t a great IPL season for both of them. The Tamil Nadu-spinner was ruled out offseason after his first match due to injury. On the other hand, the pacer got just 11 wickets in the ten matches for RR in 2019.

Australian pacer Pat Cummins became the most expensive overseas player in IPL history after KKR showered INR 15.5 Crores upon him in the 2020 IPL auction. Cummins, who has been a sensation for Australia in the recent past, secured enough interest from all the franchises on the auction table. As a result, Kolkata Knight Riders had to pay a hefty amount in order to acquire Cummins’ services for the 2020 IPL edition.

In the 2021 IPL Player Auction, Chris Morris became the most expensive player in the history of IPL. Morris, who had a base price of 75 lakhs, was sold to Rajasthan Royals for a whopping action price of INR 16.25 Crores. The Proteas all-rounder surpassed the most expensive bid in IPL auction history of INR 16 Crores made for Yuvraj Singh by Delhi Daredevils (now Delhi Capitals) in IPL 2015. Morris was earlier released by Royal Challengers Bangalore ahead of the 2021 IPL auction. The 33-year old has previously played for the Jaipur-based franchise in the 2015 edition of the IPL.